A Complete Guide To Exploring the Amman Citadel, Jordan 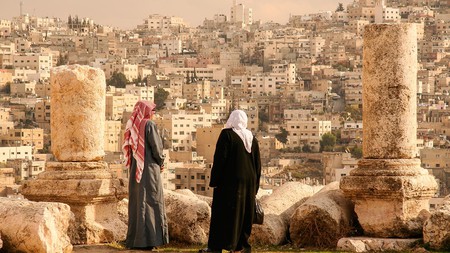 Take in the view of Jordan's capital Amman from the Hill of the Citadel, or Jabal al-Qal'a | © Jennifer Hayes / Getty Images

If you can only visit one site within Amman on your trip, it should be the city’s spectacular citadel. Here’s a complete guide to planning your visit.

As the highest point in Amman, the Citadel also the best place to take in sweeping views of the entire city – and you can explore it on a guided walking tour as part of Culture Trip’s specially curated nine-day Jordan trip, led by our local insider.

Amman, Jordan’s capital city, is a modern metropolis bursting with stylish restaurants, cutting-edge cuisine and luxurious hotels. Within this contemporary capital, however, sits a Bronze Age relic. Perched above Jebel Al Qala’a, Amman’s highest hill which sits squarely in the heart of the city, is the stunning citadel, an architectural site that has been occupied by humans since the Bronze Age.

A brief history of the citadel

As one of the world’s oldest continuously inhabited places, this historic site has been occupied by many great civilisations, including the Romans, Byzantine, Persians, and Greeks. Under the Greeks, the settlement was called Philadelphia and the site took on several names as it changed hands, until Muslims conquered the site and renamed it Amman.

Over a mile of walls, built and rebuilt during the Bronze, Iron, Roman, and Byzantine ages, stretch around the site in various states of disrepair. History and architecture buffs could easily spend an entire day exploring the citadel, but the most impressive sites are the Temple of Hercules and Umayyad Palace. 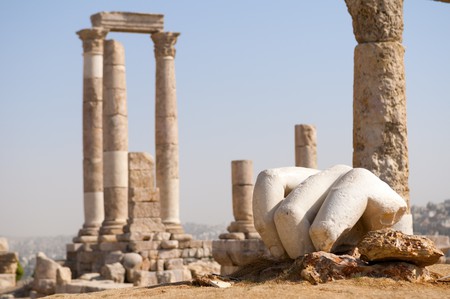 Built during the reign of Roman Emperor Marcus Aurelius (AD 161–80), very little remains of this once grandiose palace. Two giant pillars and the crumbling podiums they stand on are the most visible remains of the temple and can be spotted from all around the city. A huge, stone hand rests solemnly in front of the temple, showcasing the level of craftsmanship that decorated the temple during its glory days. 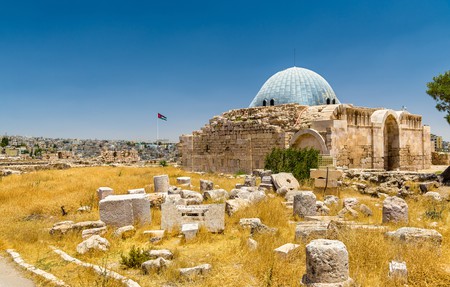 The citadel’s most striking series of historic buildings is the domed, 8th-century Umayyad Palace. Located behind the archaeology museum, this formerly elaborate complex of royal and residential buildings now houses a column-lined courtyard, an audience hall, and an enormous ancient cistern that once supplied water to the palace complex and surrounding areas.

The domed audience hall is the most impressive part of the complex and is surprisingly intact. The structure is shaped like a cross, mirroring the Byzantine church it was built upon. Though archaeologists have been working on the site since the 1920s, substantial sections have yet to be excavated. 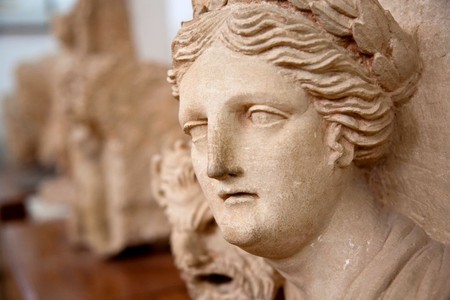 Within the citadel complex is the quaint Jordan Archeological Museum. The museum is arranged chronologically and houses 6,000-year-old Neolithic statues, a Dead Sea bronze scroll written in Aramaic characters and ancient items of daily life, like pottery, glass, flint and metal tools. The museum is small but still worth a quick visit.

When to visit the citadel 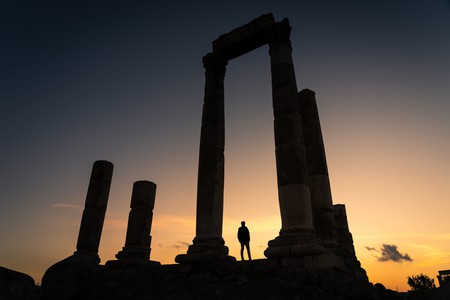 It’s impossible to visit the citadel at a bad time, as the ruins and breathtaking views of the surrounding city are stunning at any time of day. Sunset is an especially beautiful time to visit, as the soft light on the ruins makes for even more dramatic photos. Be warned however, that sunset at the citadel is not necessarily a secret, so you may be sharing the moment with a lot of other people.

How to visit the citadel

The ticket office is on the road leading up to the citadel’s entrance. If you purchased a Jordan Pass (which is usually a great deal if you’re going to spend a few days in Jordan), then admission is included. Otherwise, entrance costs JD2 ($2.82USD or £2.04). English-speaking guides tend to congregate near the ticket office. Licensed guides charge about JD15 (£17.15) per hour and they tend to be a worthwhile investment. A guided tour of the Amman Citadel is included as part of Culture Trip’s nine-day Beyond Petra: Rugged Jordan tour.

Though it’s possible to walk up to the citadel, the hike is quite steep so consider hiring a taxi for the trip up if necessary. Jordan is a very safe country but to avoid misunderstandings, it’s best to hire a taxi from a reputable hotel or to use a ride-sharing platform.