A Brief History of the Duke's Diwan in Amman 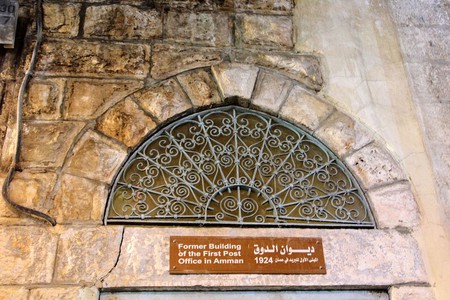 Amman is hardly the most modern city in the Middle East, yet its antiquity has made this capital one of the most beautiful. Explore one of this preserved city’s obscured Levantine landmarks: the Duke’s Diwan.

It might come as a surprise that very few Jordanians have heard of the Duke’s Diwan (Diwan Al-Duq). Despite its location in the heart of downtown Amman, just across the famous Hashem restaurant, it is recognized by foreigners more often than by locals.

The original building, constructed in 1924 by Abdul Rahman Madi, served as Amman’s first post office; it was later used as their main office by the Ministry of Finance. In 1948 it was converted into the Haifa Hotel, which ran for five decades, until it was bought by Mamdouh Bisharat, the Duke of Mukheiheh.

Stepping into the Duke’s Diwan is like stepping out of a time machine. Its well-preserved periodic furnishings lend it a stark traditional atmosphere. Bisharat put all his effort into safeguarding the building from the wave of modernity that washed over much of Amman.

Upon entry, the authentic surroundings—from the tiled floors to the explosion of pastel color—are immediately captivating. The house retains the original doors and windows from the early 1900s, and the furniture remains untouched, leaving visitors wondering how many historical figures once walked the same rooms.

The Duke’s Diwan will forever paint the magical picture of a traditional Levantine house. It remains open for visitors every day—after all, in Arabic, diwan means “the guest’s place.”