A Brief History of Cheese in the Middle East 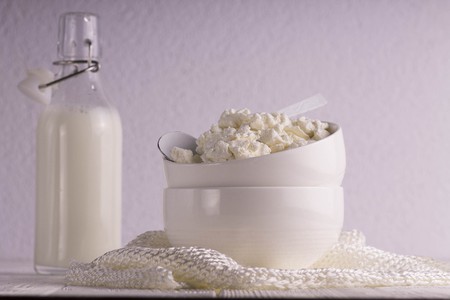 From labneh to halloumi, it is no secret that the Middle East is home to some of the world’s most popular varieties of cheese. But perhaps more surprising is the rich history behind this staple and its unexpected discovery in modern-day Jordan over 10,000 years ago.

The first definitive archaeological evidence of cheesemaking was unearthed in present-day Poland: a piece of red clay pottery with holes – a cheese strainer essentially – dating back to 5500 BC. Examples of early cheese production have cropped up across the globe – from Europe to central Asia and the Arab region.

According to legend, thousands of years ago, an Arab merchant packed a pouch of milk in a sheep-stomach bag and went for a long ride. When he arrived at his destination, he discovered that the heat, the motion and the rennet in the bag had separated the milk into curds and whey, and… voilà, cheese was born. The tale could be true, but it is also plausible that a fruit acid, like lemon juice, was added to raw milk and caused the same curdling process, or that milk was left out as an offering and fermented in the heat, making yoghurt.

However this discovery came about, the timeline of history is dotted with evidence that the Fertile Crescent was one of the first regions to ferment and curdle milk to preserve it and make it more digestible – and delicious – for human beings (Neolithic adults were lactose intolerant). Whether or not the people of the Levant were the first, it is clear they’ve been crafting cheese for millennia.

Archaeological records show evidence of farming and milk producing farm animals as early as 9000 BC – during the time hunter-gatherers were slowly being replaced by farmers. Evidence of dairy farming and dairy fats on pottery shards have been found in a village called Ain Ghazal in Jordan from nearly 10,000 years ago; in Anatolia, near modern-day Istanbul, dating back 9000 years; and in Africa – the Libyan Sahara – from around 7000 years ago. 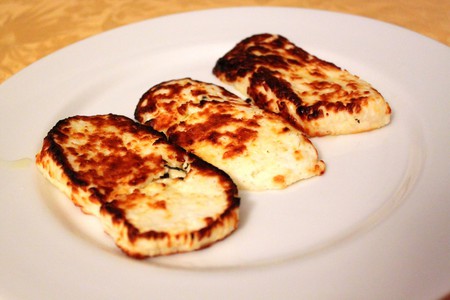 Today, the tradition of cheesemaking is alive and well in Jordan. Even though many of the traditional cheeses, like labneh and halloumi, are now being commercially made, there is a renewed appreciation for the old ways – producing these by hand, from fresh, local milk, often from free-range sheep and goats. Artisanal cheesemaker Nisreen Haram of Mistaka Cheese in Amman, Jordan has been making cheese this way for five years.

Haram says that the traditional methods of producing and preserving dairy have been adapted to the Middle Eastern climate as well as the lifestyle.

There are two simple methods of making and preserving cheese. First, there is curdling: curds form when rennet or an acid is added to milk that has been left to stand in the desert heat. These curds are pressed to extract liquids and the resulting solids are preserved in very salty water to produce brined cheese, such as halloumi, nabulsi, and akkawi. While, throughout history, it has been easier for farmers in villages to store these products, this has not necessarily been the case for the Bedouin tribes whose nomadic lifestyle made it impractical to carry sloshing buckets of brine across the desert. 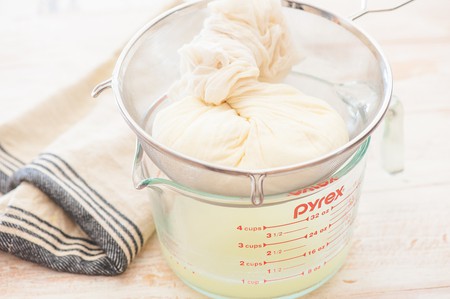 The second method of preservation is to ferment milk. Haram explains that one of the reasons why yoghurt is so popular in the Middle East is because of the climate of the region: “Naturally, if you leave fresh goat or sheep milk with all of its native cultures out in the hot climate of the desert, it turns into yoghurt.”

This yoghurt (also called laban) becomes the basis for other cultured cheeses. And since cream doesn’t rise to the top of goat and sheep milk, this yoghurt must be churned to make a ghee-like butter. Yoghurt is more stable than milk, but it’s still not very portable. So the nomadic tribes strained it to get labneh, then dried the labneh to produce jameed, a hard ball of dehydrated cheese. Haram explains, “What is better than jameed for a Bedouin roaming the desert? You’ve killed all the microbes in the sun. Now it stays forever, it doesn’t spoil.” Just dilute it with a bit of water when you’re ready to eat. 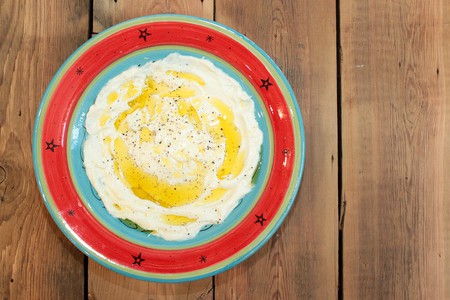 The regional cheeses are Mistaka’s best-selling items. Haram says the staples – laban, labneh and halloumi – haven’t evolved much over the centuries because they’re perfectly suited to the climate and, more importantly, the flavours and textures are inextricably bound to the cuisine. 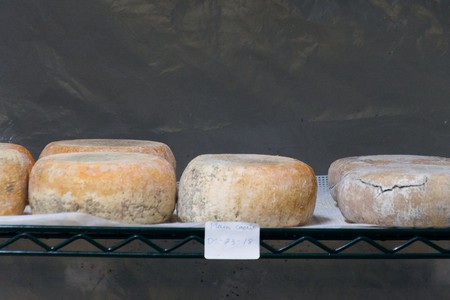 Cheeses like labneh and halloumi were part of daily life long before Jordan was drawn on a map, so they aren’t exclusive to the Kingdom – many neighbouring countries have also been making them for millennia. However, regional traditions of cheese making have been passed down from generation to generation in many Jordanian families.

The commercialisation of dairy in Jordan has made basic cheese cheap and accessible at every corner market. Ironically, this ubiquity has actually spawned a return to the traditions of yore. Artisans like Haram are reviving the generational knowledge, once again crafting cheese like their grandmothers and their grandmother’s grandmothers did.

These traditional cheeses are an essential part of local life and cuisine – no Jordanian meal would be complete without them. But the recent resurgence of hand crafting is a welcome (and delicious) way of preserving local culinary history and a remnant of culture that, while very Jordanian, also extends beyond the borders of the country into the entire region.