ASIA
/
JORDAN
/
Things to Do

7 Things to do During the Public Holidays in Jordan 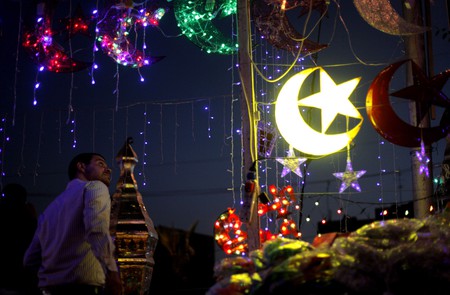 A Jordanian man looks at decorations for Ramadan in Amman, Jordan, on July 19, 2012. © photo.sf.co.ua

Jordan is one of the most radiant Islamic countries of the Middle East and the Levantine. Muslim Jordanians make up the majority of the population, but are still humble and welcoming of other faiths, as well as celebrating some of them. Here is our guide to the best things to do during the public holidays in Jordan.

Although not a holiday, the month of Ramadan is a major happening on the yearly calendar for every Jordanian, whether Muslim or Christian, in Jordan. The holy month of Ramadan resembles a month of unity, love and generosity, and this is seen clearly in people’s altered behaviour. During Ramadan, fasting from sunrise until sundown is obligatory to Muslims, and out of respect non-Muslims are not seen eating in public either. That said, Ramadan is not all about obligations and customs; it is more about the people coming together. At sundown, you will notice people offering you water and dates to break your fast while you are out and about, in case you are going to be home late.

Ramadan Kareem! 😊😊😊 May this holy month be a blessing to you all. #ShareYourJordan #Amman Photo Credit @rawandaas

A strange tranquility will fill the streets when the termination of the fast is announced, only to have the streets full of people just a little after that, when the fun begins! Many events take place in celebration of this joyous month. To join the fun, make your way to The Abdali Boulevard, the new downtown of Amman, where daily activities are held throughout the month of Ramadan, such as ‘Ramadan Tents’, where stories are told and food and smiles are shared.

Eat your fill of sweets

Public holidays are happy times for everyone, especially for people with a tooth as sweet as the Jordanians. Arabic sweets are a must on every occasion. Being in Jordan means that you might have already tried the famous Kanafeh. And being in Jordan during a public holiday, means that you are even more spoilt for choice when it comes to sweet treats. Sweet shops offer their best prices during the holiday season, so you will find it hard to choose between Basboseh, Baklawa, Zainab Fingers, Umm Ali and more. 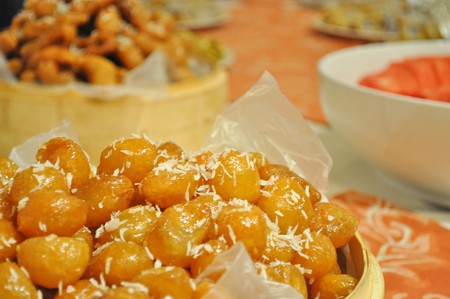 The holy month of Ramadan, followed by the joyful holiday of Eid Al-Fitr, are both sponsored by this unique mushy dumpling, filled with cheese or nuts. Qatayef is the sweet that the local people of Jordan cannot do without. It is prepared on the streets and in sweet shops all throughout Ramadan and Eid Al-Fitr, and it is a never-to-miss experience! 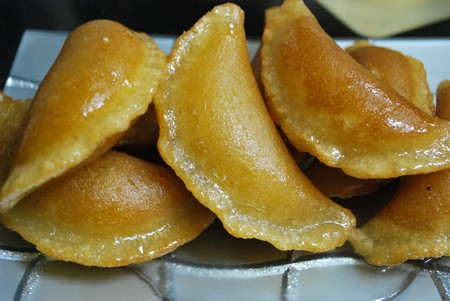 Freshen up with a tamarind drink

Tamer Hindi, as called in Jordan, is a refreshing summer drink, manufactured and sold mainly during the holy months of Ramadan and Eid Al-Fitr. Although this drink might be found in packaging on the shelves throughout the year, the locals won’t be purchasing it after Eid Al-Fitr is over. It is a beverage to drink during the fasting month, as it is linked to the spiritual feeling of Ramadan. Shops selling it can be found almost everywhere in downtown Amman, and you can also buy it from the street-sellers, who walk around with with big tanks on their backs, pouring you a cup on the go. 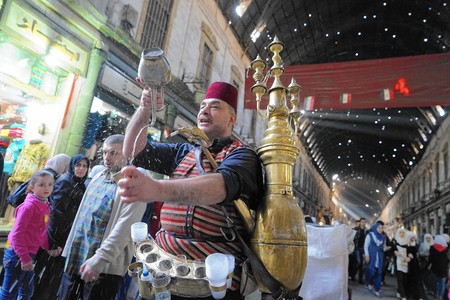 It is traditional to brew the original aromatic Arabian coffee during the days of Eid Al-Fitr and Eid Al-Adha and to serve it to visitors paying respect during these holiday seasons. There is a unique taste to the Arabic coffee, which is served hot in tiny traditional cups. It is the custom to have it sugar-free, in order to savour the real taste, which locals call ‘bitter coffee’. 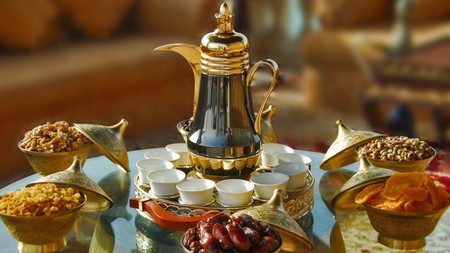 Eid Al-Adha is the second Islamic holiday of the two yearly celebrated Muslim holidays. During Eid Al-Adha, many Muslim families in Jordan sacrifice animals, and share the meat with the poor. This holiday also shares the gift of generosity, hospitality and joy, where everyone comes together, drinking coffee, exchanging gifts, and sharing a feast of freshly cooked meat. 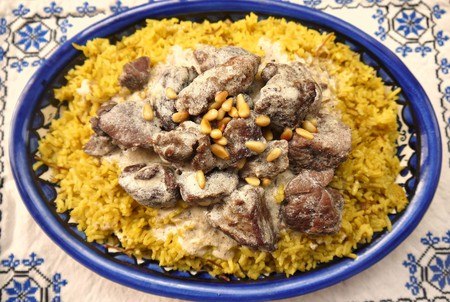 Jingle all the way

Although the majority of the population follows the Islamic religion, traditions and norms, Jordanians wait for Christmas as eagerly as anyone else. The spirit of Christmas can be widely sensed in the streets, malls, restaurants and neighbourhoods. Despite not being an official public holiday, the people of Jordan consider it a holiday nonetheless. Christmas markets are held, discounts are initiated, holiday bazaars are spread and Christmas trees are seen around every corner and from the windows of houses. To get the best out of the Christmas spirit, hit The Abdali Boulevard, and check out their daily programs filled with Christmas carols, dance happenings, holiday goodies and a lot of joy.

Take a walk in our magical forest and try to count how many trees are there 😉The lucky winner will win a prize from one of our tenants at The Boulevard! Photo credit: @whatsfordinz #TheBoulevardJo #TheWalkofTheTown #HeartofTheNewAbdali #Amman #BeAmman #ChristmasatTheBoulevard