11 Things You Should Know Before Visiting Amman 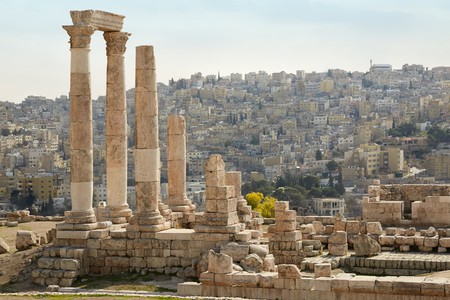 From Greco-Roman ruins to a flourishing street art scene, Amman is a fascinating old-meets-new city worth exploring, even if just en route to Petra, Wadi Rum and the Dead Sea. Here are the things you need to know before you land.

Very broadly speaking, western Amman is more liberal and accustomed to expats and other visitors, while eastern Amman is more traditional and less often exposed to foreigners. The dividing line between east and west was once considered Abdoun Street and the Fourth Circle, but in modern-day Amman, visitors will find conservative and liberal pockets in areas that don’t correspond to compass directions. A good rule of thumb is to be respectful of the local culture wherever you may wander: wear modest clothing and refrain from public affection or touching between opposite sexes.

When planning your trip to Amman, familiarize yourself with the eight traffic roundabouts (referred to locally simply as “circles”) connected by Zahran Street, forming the east-to-west backbone of the city. The First Circle is the easternmost and marks the start of Rainbow Street, while the Eighth Circle is near the western edge of the city. If you orient yourself to the circles, you’ll find it much easier to negotiate the city. 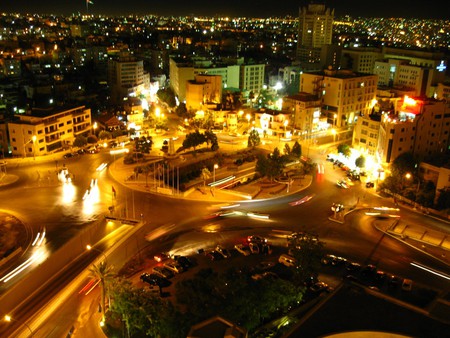 Sometime in April, cafes and restaurants throw open patios and rooftops while the city explodes in lush greenery, flowering trees and wildflowers, making spring a delightful time to enjoy Amman. April to May days are pleasant, in the 70s °F (21 – 26 °C) with nighttime lows in the 50s (10 – 15 °C) and only a few days of rain. Be sure to note if Ramadan falls during your stay, since the date shifts 11 days every year. If it does, familiarize yourself with the rules and cultural norms during the Islamic holy month. 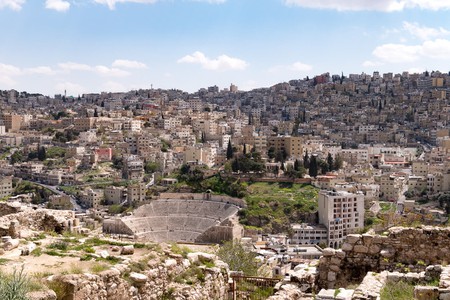 Parts of Amman are best seen on foot – it’s a very safe city and traveling exclusively by car may mean missing the spirit of the city. A few caveats about traversing neighborhoods: because Amman is sprawled over 19 hills with three main wadis (ravines) running between, on maps, your route may look like an easy walk, but it could include a serious elevation change. Amman is also not a pedestrian culture, so be aware that sidewalks are optional and not always in the best repair. Pack comfortable shoes with good tread.

In Amman, as well as the entire the country, the weekends fall on Friday and Saturday. Friday mornings are the quietest time of the week, with few cars on the road, and are often a great time to explore a seemingly sleeping city. Because many Amman businesses are closed on Fridays, double check business hours for any Friday destinations on your itinerary.

Pro-tip: Friday mornings are often the best time to visit tourist sights, like the must-see Citadel, perched on Amman’s highest hill, which opens at 9am.

First-time travelers to the Middle East often envision blazing hot temperatures year -round in Amman, but the city is considered high desert at 3,300 ft (1,000 m) above sea level so temperatures drop at night. Even in the summer, nighttime temperatures rarely rise above high 60s °F (20 °C). Check the forecast and pack layers.

Jordanians are welcoming to foreigners and quick to overlook etiquette gaffes. “Ahlan wa sahlan” is heard frequently, which means “welcome,” and they mean it. Keep in mind that in conservative areas, both women and men cover their arms and legs fully. Shorts, short sleeves and skirts are by no means prohibited, but visitors may feel more comfortable following the local customs. Men should pack a pair of pants even in summertime, while women should bring lightweight long-sleeve tops, loose pants or ankle-length skirts,and a light pair of leggings to throw on under shorter hemlines. Headscarves are never required for women except when visiting mosques. 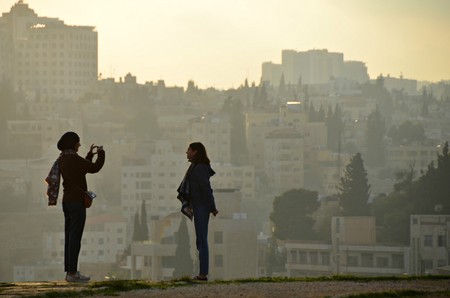 Renting a vehicle can be expensive in Amman, so many visitors prefer to skip it. Luckily the city is teeming with cabs and car-share drivers. Careem is a local car-share competitor to Uber, so download both apps before arrival. Car-share usage among visitors and expats is common, even though the government has not yet officially approved the services to operate in Jordan. It’s expected that passengers sit in the front seat, whether in cab or car share. Buses are available, but may not be easy to navigate for non-Arabic speakers. And while routes are standardized, no official timetable exists; locals just wait until the next bus arrives. 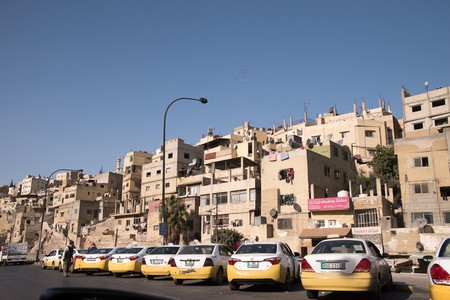 An entry visa is required for all visitors to Jordan. Two options are available: Buy a Jordan Pass before departure or pay the JOD 40 (USD$56.38) single-entry fee at customs upon arrival.

The Jordan Pass can be purchased online for JOD 70 – 80 (USD$98.66 – 112.76) and includes a single-entry visa as well as entrance fees to over 40 sites across the country, including Petra, which, without the Pass, bears a hefty entrance fee of JOD 50 (USD$70.47). If your plans don’t include adventures outside Amman, buy your visa upon arrival, but note that only Jordanian Dinars are accepted (no credit cards). ATM and currency exchange are available in the arrivals terminal of Queen Alia International Airport, but as with all airports, be aware that the exchange rates may not be the most favorable.

If you’re so inclined, visitors are allowed to buy one liter of alcohol and two cartons of cigarettes at the duty free shop located in the baggage claim area at the airport. Jordan imposes hefty import fees on alcohol and cigarettes, so prices at duty free are often at least 50% lower than in shops in Amman. 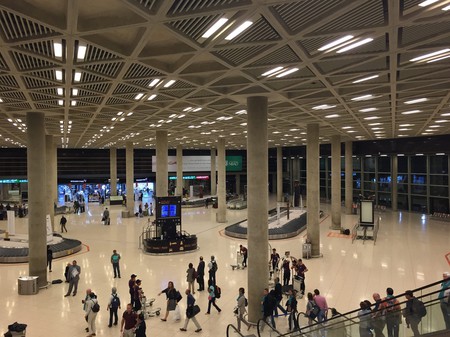 Depending on your international roaming plan, picking up a local SIM card at the airport on arrival may be a cost-effective choice. The price for a generous allowance for local minutes and texts plus several gigabytes of data usually doesn’t exceed JOD 16 (USD$22.55). The three main Jordanian mobile service providers (Orange, Zain and Umniah) are open 24 hours a day on departures and arrivals levels.