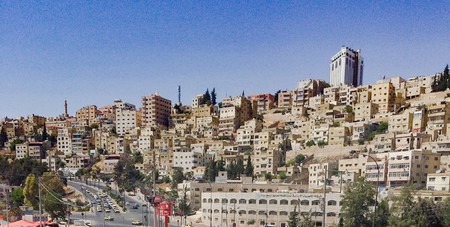 Amman, the city on seven hills, is a jumble of modern meets historic where Eastern melds into Western, providing ample opportunity for one-of-a-kind experiences. After you’ve hit the must-see sights, check out these unique things to do in Amman – bet you won’t miss the busloads of tourists.

Dig into some mansaf

Jordanians love their mansaf, the hearty national dish of rice and lamb topped with a creamy yogurt-y sauce, traditionally eaten without cutlery. Those seeking mansaf who prefer a more bohemian cafe scene, complete with young shisha-smoking locals and summertime roof terrace, should head to Jameeda Khanim in downtown Amman; the regular rotation of live music by local musicians perfectly compliments their ‘mansaf with a twist.’ If you’re looking for a more post-modern, swanky mansaf interpretation, pop into District, the stylish rooftop bar offering mansaf sliders, excellent service and a lovely view of the city (as well as a budget-conscious happy hour from 5pm to 8pm every day). 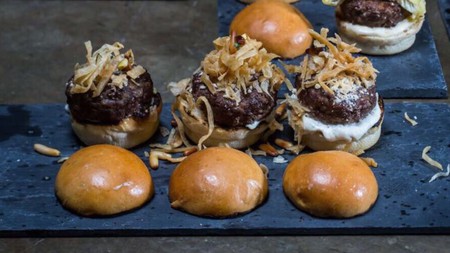 Artists of all nationalities flock to the Jabal Weibdeh neighbourhood, which, not coincidentally, hosts a majority of the city’s street art. The steep and narrow maze of one-way streets are a headache to traverse by car, so walking is your best bet. Check out this online map to plot your own private art walk — and if you discover new works along the way, you can contribute to the map. Just leave time to stop between Insta shots for tea in a charming cafe or to watch artists doing their thing in storefront studios. 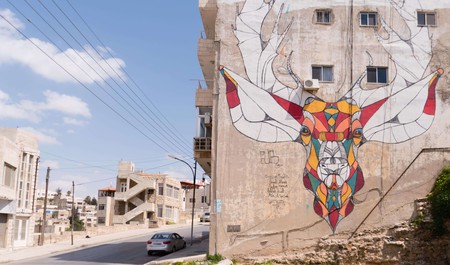 Beer lovers rejoice. Even though a majority of Jordanians don’t imbibe, Jordan has its very own craft brewery Carakale. Stocked by many of the top pubs in Amman, Carakale offers blonde ale and pale ale, plus a rotating selection of seasonal brews. Get it on tap if you can, since hop devotees swear it’s preferable to bottle. Better yet, take a drive out to their brewery in Fuheis, 30 minutes outside Amman, to visit their tasting room, which has a breathtaking view of Blue Canyon. The tap room doesn’t offer food, so stop at Pizza Joe in Fuheis on your way, and grab a pie to go. 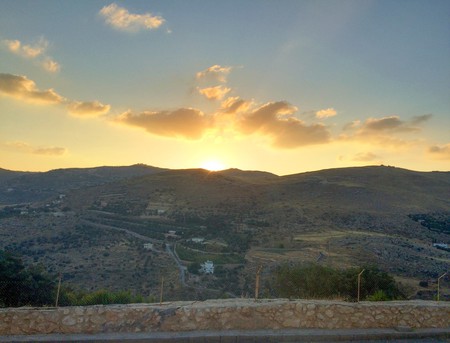 A few tribes of Bedouins, nomadic desert people, still live in Jordan today — you can actually stay in a Bedouin tent camp in Wadi Rum — but dig deeper into the rich history of Bedouin and Palestinian culture with a visit to Tiraz. This intimate museum, housed in a converted villa, artfully tells the story of the land and its people through textiles. The regularly rotating exhibits of the beautifully preserved weavings from bygone eras, including tribal dresses, handwoven rugs, jewellery and other accessories, provide a glimpse into Jordan’s disappearing heritage. 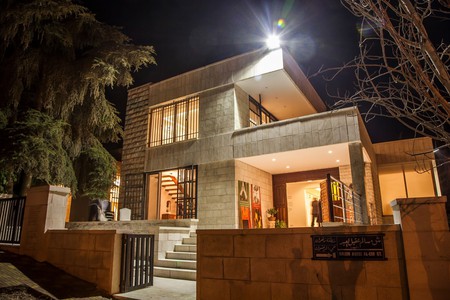 Greater Amman’s varying elevation (an average of 1000 meters / 3300 feet above sea level) provides a variety of microclimates, and all kinds of scenic places to hike, canyon, or climb. The Jordanian adventure-travel industry is still in its infancy — trails aren’t marked or maintained — so it’s best to hire a guide or go with a group. Trek a portion of The Jordan Trail, do an eco clean-up hike, go canyoning in one of the wadis or even join a weekend group-camping adventure with Zone-Out Outdoors, Eco Hikers, Experience Jordan and Wild Jordan Adventures. Hardcore explorers use the book Hiking in Jordan, which provides detailed instructions and GPS coordinates for dozens of hikes in the area. 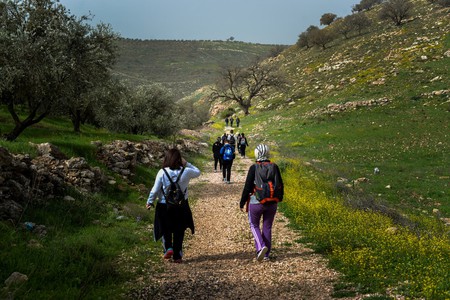 First-time visitors to Amman are mesmerised by the sight of shepherds and their flocks cruising the streets. Given all the urban goats and sheep, you’d think local artisanal cheese would be a thing. Not so much. Mistaka, however, is the exception to the rule. Founded by a local woman who produces some truly tasty creations, Mistaka offers a weekly open house and cheese tasting in Abdoun. Swing by to grab a hunk of the good stuff on Saturday at Nisreen’s villa, alongside locals and expats replenishing their supply of fancy local cheese.

Amman has top-shelf spas to please the most hedonistic traveller, but they’re a bit pricey and, let’s be honest, you can get a hot-stone massage anywhere. Try something a little more… authentic. Get scrubbed, steamed and massaged at Turkish-style spa Alf Layla Wa Layla, the affordable but still luxurious Turkish hammam that locals rave about. Located in Thousand Nights hotel, you’ll get the full Arabian spa experience, even if you only opt for the basic scrub and steam package. Even though men and women have separate areas, full nudity is not the norm. Bring swimwear to respect the local culture. 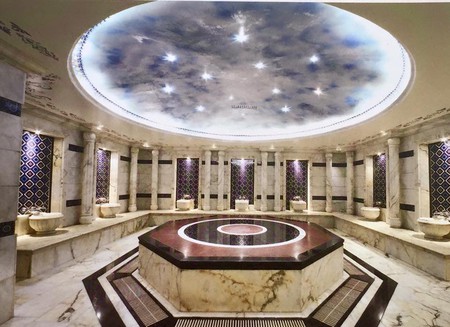 When the weather turns summery in Amman, locals and visitors alike flock to outdoor courtyards and rooftop restaurants. To take this spring-summer ritual to the next level, try the Royal Film Commission, located in an historic neighbourhood near Rainbow street. The Commission grounds feature an outdoor cafe and an open-air amphitheatre that regularly hosts films by Middle Eastern film-makers.

Don’t be fooled by the fact that Amman music venues are few and far between – Jordan is home to some truly talented musicians. Tuesday nights at Rustic Bar and Eatery have fast become a favourite among local music lovers. Rustic’s sleek retrofit was executed thoughtfully to preserve the heritage and warmth of the historic building, making it a wholly modern and yet still uniquely Jordanian spot to catch some great local bands. Other popular spots for live music include Corner’s Pub, Maestro and Pit Stop. 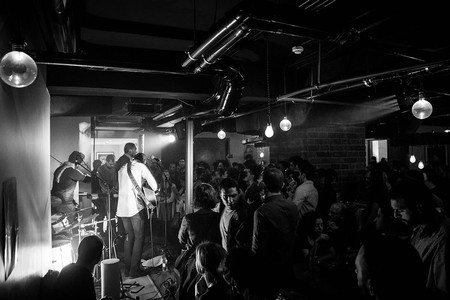 Salsa with locals and expats at Trader Vic’s

Fans of all things Latin can often be found dancing the night away at Trader Vic’s. The Cuban house band sets the mood for tango night on Mondays and salsa night on Thursdays and Fridays. If you need a little help to boost your footwork, contact the staff and they’ll arrange lessons before the party gets rolling. It may seem random, but it’s a fun and friendly crowd – and kind of a great story: ‘Oh, yeah, I picked up some salsa moves in Jordan.’

Packets of sumac and zaatar are often tucked into travellers’ suitcases when departing from Jordan. Why not learn how to use these popular spices? Dedicated foodies looking to recreate the taste of Jordan should book a cooking class at Beit Sitti, which was founded by three sisters and is housed in a traditional villa that once belonged to their grandmother. The cooking school is dedicated to sharing the sisters’ family recipes as well as their passion for the Jordanian culture. Learn to cook a four-course Arabic meal, then relax and enjoy the fruits of your labour with fellow classmates at Grandmother’s house (which is what the Arabic term beit sitti means).