Why You Should Visit Jerusalem

Walk down a 1,000-year-old stone pathway as the sound of the Muslim call to prayer floats overhead and a queue of orthodox Jews in fur hats and Armenian nuns in full black habits pass by: Jerusalem is a must-visit destination for any lover of history, culture and tradition.

Every visitor to the City of Gold is likely to be met by the same scene; one where the smell of exotic spices fills the air, the sight of brightly coloured scarves and the sound of dozens of languages can be seen and heard in places such as the Machane Yehuda Market and the Old City – which you can now visit as part of Culture Trip’s specially curated small-group Israel adventure.

In this article, we take a deep dive into the reasons why Jerusalem should be next on your travel hit list.

It’s one of the few cities in the Middle East where Jews, Christians and Muslims enjoy religious freedom

For thousands of years, Jerusalem has served as the crossroads of the three major monotheistic religions. In the modern age, it remains one of the only places in the Middle East where Jews, Christians and Muslims enjoy complete freedom to practise their faith without fear of persecution. You can witness this first-hand by visiting the major pilgrimage sites in Jerusalem, including the holiest sites in Judaism and important religious locations in the Muslim and Christian faiths.

As one might expect in a city where cultures have converged for four millennia, Jerusalem has witnessed major civilisation clashes. After King David established Jerusalem as the Jewish kingdom’s capital in about 1,000BCE and his son Solomon built the first Holy Temple there, the Babylonian, Persian and Greek empires conquered and occupied the city at various points, with the Romans officially changing the name of the territory from Judea to Palestine after crushing a Jewish revolt and destroying the Second Temple.

After the Roman Empire fell, Jerusalem was controlled by the Byzantine Empire, conquered by early Islamic caliphates, held by European Crusaders and taken by the Mamluk Sultanate. In the 16th century, the Ottoman Empire gained control of Jerusalem and held it until World War I, when the British took possession of the city until the establishment of the modern state of Israel in 1948.

While Israel gained control of the western portion of the city at that point, Jordan occupied the eastern areas, including the Old City, barring Jews from visiting key holy sites. In 1967, during the Six-Day War, Israel defeated the Jordanian army and captured the eastern part of the city, including the Temple Mount, which had not been in Jewish hands since the fall of the Second Temple. At that point, Israel opened up access to the holy sites to members of all faiths. 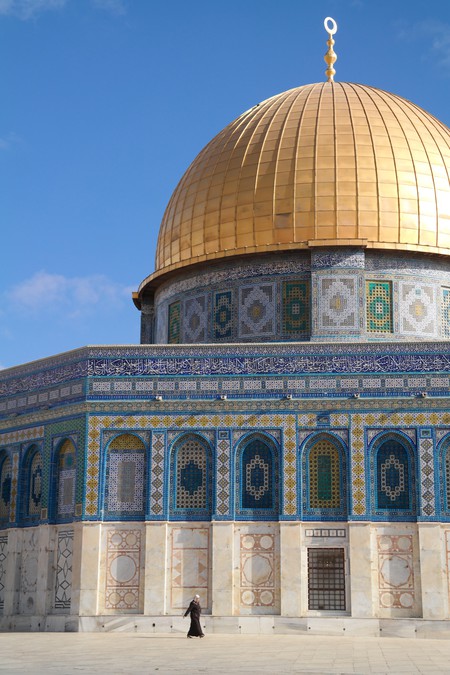 To this day, you can experience remnants of all of these cultures throughout the city, including the primary pilgrimage site in Judaism, the Western Wall. This structure forms part of the base of the larger Temple Mount complex, which housed both Jewish temples for about 1,000 years until 70CE. Atop the Temple Mount sits the vast Al-Aqsa Mosque and the Dome of the Rock, which are Muslim holy sites built approximately 1,000 years after the Second Temple was destroyed. The Old City is also home to several of the holiest sites in Christianity, including the Church of the Holy Sepulchre, the Via Dolorosa and the Stations of the Cross, in addition to monasteries and houses of worship specifically associated with the Armenian church. 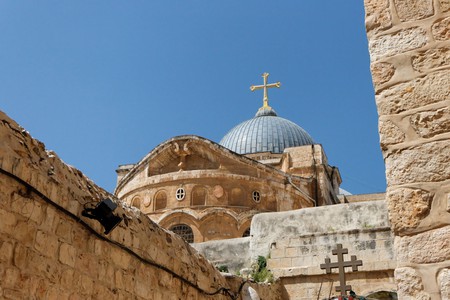 The Old City is home to some of holiest sites in Christianity, including the Church of the Holy Sepulchre | © Shlomo Polonsky / Alamy Stock Photo

The best way to experience Jerusalem is on foot. Within a few blocks, you can visit traditional Arab neighbourhoods in the eastern portion of the city, cross the street and experience the ultra-orthodox Jewish enclave of Mea Shea’rim and walk a few streets over and enter the Russian Compound, which features the Holy Trinity Cathedral. The ability to interact with a variety of ethnic groups in such a small geographical area gives Jerusalem an international feel that is hard to match.

In addition to the people and holy sites, Jerusalem is also a visually stunning city, with many buildings constructed from a pale local limestone that takes on a golden hue when the sun sets and rises. In areas such as the Old City, almost every facade is covered in Jerusalem stone, with bursts of purple bougainvillea exploding from the cracks in spring and summer. With strict building and zoning regulations in place since the British ruled Mandate Palestine, Jerusalem is pleasantly lacking in tall buildings and modern architecture and the skyline is devoid of skyscrapers. 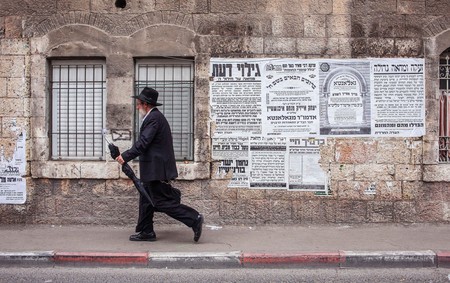 The sheer number of holy sites in Jerusalem creates an atmosphere of spirituality that inspires many visitors to explore their own faith traditions or investigate spiritual practice in general. Not least of all, experiencing Jerusalem on a Saturday provides a rare chance to see what large-scale disconnection from modern technology looks like, with most of the city shutting down for 25 hours in observance of the Jewish sabbath.

With nearly all commercial premises closed for the day, an atmosphere of calm and serenity envelopes the city, but on Saturday night Jerusalem springs into action again, with restaurants and cafes opening and the popular Ben Yehuda pedestrian mall filling with students, street musicians and locals looking for a good time. The contrast between the peace and quiet of the sabbath and the frenetic energy that jolts the city back to life on Saturday night is a microcosm of the extremes that make this city such a compelling place to visit. 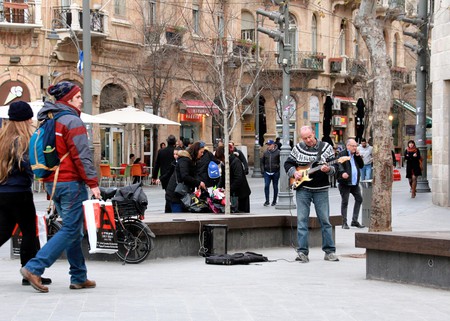 Jerusalem is home to some of the most precious collections of art and antiquities in the country, as well as the premier art institute, the Israel Museum. This landmark sits in large landscaped grounds and houses a permanent collection that includes everything from antiquities and artefacts from the biblical era, to postmodernist work and exhibitions from up-and-coming artists.

Jerusalem is also home to a number of smaller museums, such as the Museum for Islamic Art, the Jerusalem Theatre’s galleries and the Bible Lands Museum, which has a large collection of archaeological finds from the ancient Egyptians, Canaanites, Philistines, Phoenicians and Persians, among others. There are also speciality museums such as the Children’s Museum and the Museum of Psalms, in addition to a lively gallery scene for contemporary artists. 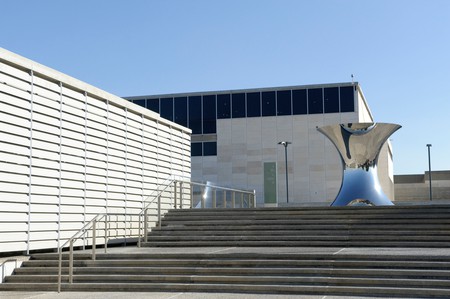