Why Traveling In Israel Is Different Than Traveling Anywhere Else

Israel is a place like no other. The young 67-year-old country boasts many unique and world-renowned historical sites, such as Caesarea and The Western Wall. The population concentrated in Israel, after many years of being spread throughout the world, lends Israel its distinctive culture. This diverse culture makes traveling in Israel an experience like no other. 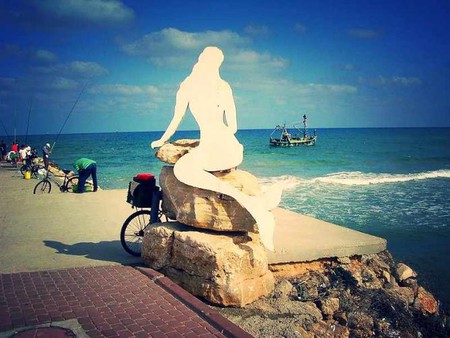 Living by the Beach

The most important thing you need to pack if you’re going to Israel is a bathing suit. With Israel’s beaches stretching almost uninterrupted from the most northern to most southern point, you can never be far from the coast. It’s not uncommon for locals to head down to the beach after, or even before work to swim. The beach is also a great place to work out: go for a movie-style run along the water as the sun sets. But if you’re just going to hang out and have some fun, the beach is still a wonderful option. For those who are more socially-oriented, grab a towel, some watermelon and sunscreen and head to any of Tel Aviv’s great beaches, such as Hof Metzizim or Hof Hatzuk. If you’re just looking to get some rest and relaxation, head to Hof Dado in Haifa in the early morning or late evening with a book and yet again, some sunscreen. The sun shines brightly no matter where you are. 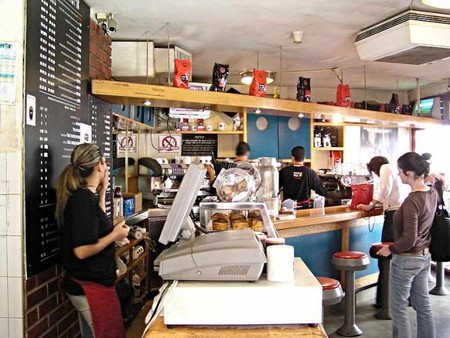 Getting to know someone over a cup of coffee is classic in many places, but in Israel everything you do is done over a cup of coffee. The coffee is great, even in chains such as the archetypal, yet always-delicious Aroma Café you’ll never be disappointed. It’s more than just a quick coffee and a pastry; in Israel breakfast lunch and dinner can all be had over a cup of coffee. Coffee is part of the social scene, with so many coffee shops in the country it’s hard to point to just one. However, if you’re in Jerusalem, don’t miss out on Haba in Jerusalem right next to Mahane Yehuda Market. 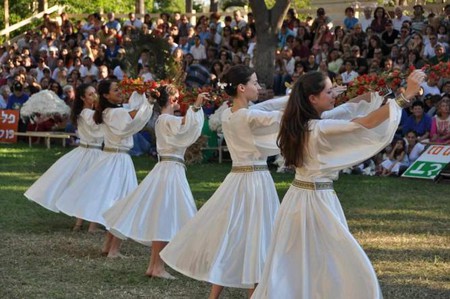 Israel is a diverse nation. When the State was founded in 1948, there was an influx of people from Poland, Russia, Spain, North Africa and more. The culture has developed into an interesting amalgamation of European, Middle Eastern and Jewish commonalities. Anywhere you go, you’ll meet people who are proud of their country and ready to talk about it! The people in Israel are a certainly a forward bunch. They’ll tell you exactly how they feel if you ask and will always be honest with you even if you’re just a tourist. This honesty also comes with great hospitality, so never fear asking for directions or striking up conversations with strangers. 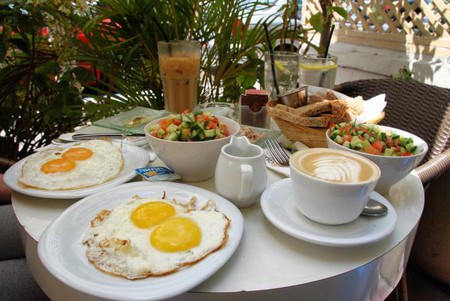 With a large diversity of people comes a large diversity of food. Israeli food is a broad term that’s hard to define and includes so many delicious delicacies and meals. One of the characteristic cuisines is the indulgent Israeli breakfast. Ditch the New York bagel and try this amazing breakfast, which usually includes eggs, Israeli salad, fresh bread and an array of great spreads. For a relaxing and fulfilling meal go to Beit Café Turkiz in the Sharon. It not only serves breakfast, but also sells beautiful and unique home decorations, jewelry and more. Another classic food is falafel; a great place to go is Falafel Hazkenim in Haifa. If you’re still hungry don’t miss out on shakshuka, a delectable egg dish cooked in red sauce. If you’re already hanging out at the Tel Aviv beach go over to Dr. Shakshuka for a heart-warming lunch and be ready to continue your travels with a full stomach!