Tel Aviv is among the most popular holiday destinations for LGBTQ travellers, with the city home to a plethora of LGBTQ bars, gyms, beaches and hotels, as well the largest Pride parade in the Middle East and Asia.

Tel Aviv Pride is one of Israel’s largest and wildest celebrations. The Pride parade takes place annually as part of Tel Aviv Pride Week, a series of events that brings the city’s LGBTQ community together to celebrate who they are in total freedom. While a 1979 protest held at Rabin Square is often regarded as the city’s first Pride event, Tel Aviv Love Parade in 1997 bears more similarities to the parade as we know it today. 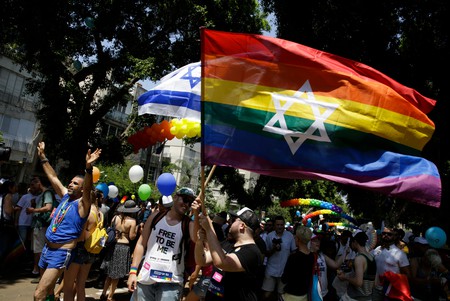 Over the past few years, the Tel Aviv Municipality has been making many efforts to cement Tel Aviv’s status as one of the world’s most gay-friendly cities. At Pride 2017, the city’s mayor, Ron Huldai, emphasised Tel Aviv’s liberal position, stating: “Tel Aviv Pride parade is not just a celebration, but also an important declaration of support. Tel Aviv, which has already been acknowledged as the world’s most gay-friendly city will continue to be a lighthouse city – spreading the values of freedom, tolerance and democracy to the world.” 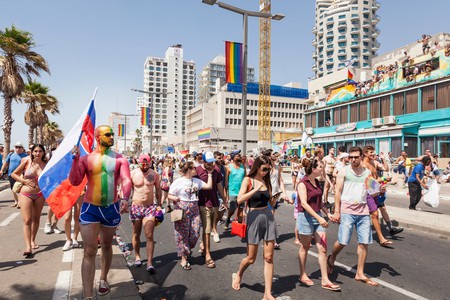 Although there is always much progress to be made, Israel’s stance on LGBTQ issues is considered the most tolerant in the Middle East. While same-sex marriages are not performed in the country, Israel recognises cohabitation between same-sex couples, as well as equal marriages performed elsewhere. Adoption by same-sex couples was legalised in 2008, while the Supreme Court of Israel allowed stepchild adoptions and limited co-guardianship rights for non-biological parents three years previous. 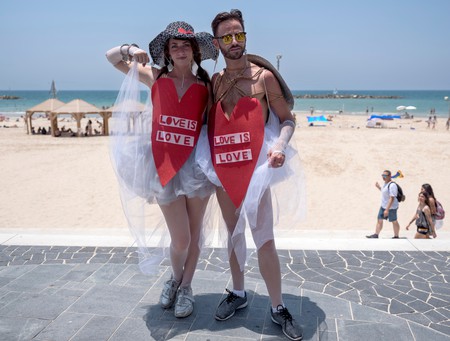 A survey published the day before Tel Aviv’s 2017 Pride parade revealed that 79% of Israelis support same-sex marriage or civil unions. In another survey, this time conducted with gay travellers back in 2012 by American Airlines and GayCities.com, 43% voted Tel Aviv as the world’s best gay travel destination, way ahead of New York, Toronto, São Paulo and Madrid. 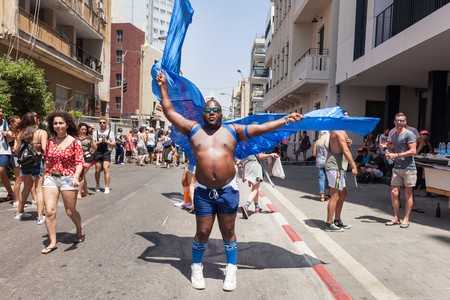 The Tel Aviv Municipality is working hard to promote the city’s image as one of the most gay-friendly cities in the world, and this can be reflected in many of its initiatives and public events. During Pride Week, in addition to filling the city streets with rainbow flags, the Tel Aviv Municipality lights up City Hall in rainbow stripes, reminding visitors and tourists of its support for the LGBTQ community. 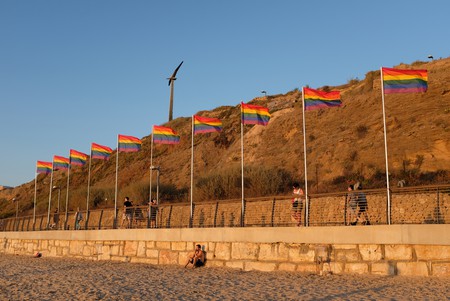 It’s no surprise that Tel Aviv is such a popular LGBTQ travel destination, with gay hotels, bars, beaches and gyms located across the city. You can even book a Pride-oriented tour. 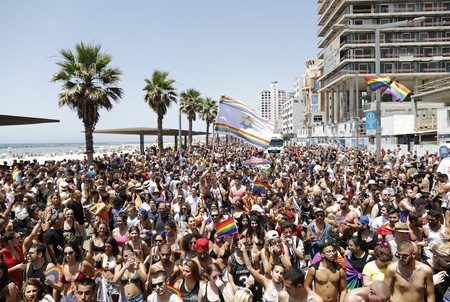