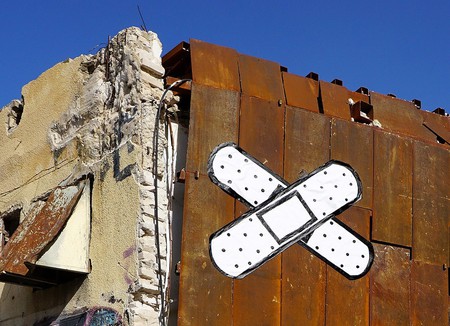 While graffiti is illegal in Israel, Tel Aviv is known to turn a blind eye to specific areas. While in some cases, like in the neighbourhood of Florentin, street art is a crucial ingredient in the area’s DNA, in other areas, like the city centre or near the beach, artists have managed to bring up issues pertaining to Israeli society and enhance the overall appearance of a certain place. Discover where you can find the city’s best street art that will inspire you – and make you immediately want to take out your camera.

The southern Tel Aviv neighbourhood of Florentin is renowned for being the city’s hub of self-expression and a haven for artists, musicians and all things creative. Filled with quirky little cafes, boutiques, studios and grungy sounds, one additional and substantial ingredient of the area’s DNA can be seen all across this bohemian neighbourhood’s walls, gates and doors. Florentin is one of the best places in the city to spot some unique and edgy street art.

Along the Tel Aviv beachfront

Wandering along the coastline of the city, from the Tel Aviv Port and all the way south to the Jaffa Port, you will come across different creations from some of the city’s most prominent street artists. These include Dede, whose work you will see all over the city, most clearly in the form of Band-Aid plasters. Dede originally began experimenting with band-aid icons in different variations as a way to express his wounds and seek treatment. He has since then developed his style, as well as his reach, and his work can be seen all over the city. 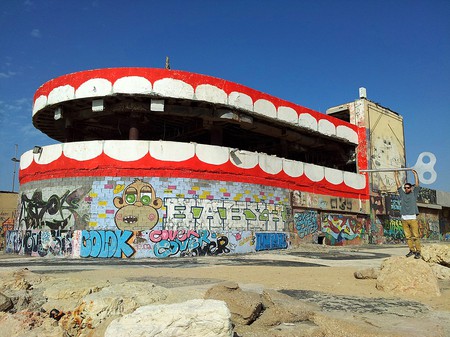 Another one of his significant works (pictured), is, as you can see, a set of teeth added to the iconic abandoned Dolphinarium on Tel Aviv’s beachfront.

Along HaYarkon Street, you can see several works by Rami Meiri, whose street murals have been scattered across Tel Aviv since the eighties. With mostly colourful and realistic characters, today, Rami Meiri’s work constitutes a major contribution to the Tel Avivian urban scenery. Additional examples of his work can be found in the city centre and in Jaffa. 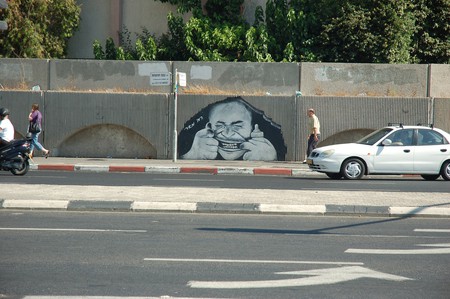 Heading south along the Tel Aviv coastline, you will reach Jaffa, where you can find many additional works created by renowned and unknown local street artists. Jaffa graffiti can be seen along the port, which provides some amazing photo ops (especially at sunset), along with several recommended galleries, and dining and drinking options. 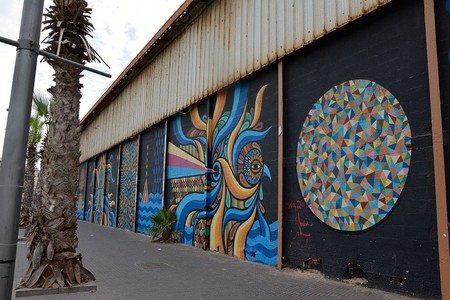 While the number one choice for street-art-spotting in the city is usually found in the southern districts, there are plenty of works that can be seen all over the central and northern parts. In addition to the many aesthetic and artistic features, murals across the city centre are often characterized with blatant statements bringing up current issues of local society like gender equality, the LGBT community, financial equality or political statements. You may see feminist messages like ‘You’re great regardless of your tits and ass.’, ‘You are Wonder Woman’, or other bumper-sticker encouragements that are only meant to make you smile like ‘It’ll be ok’ or ‘stay hungry, stay foolish’. 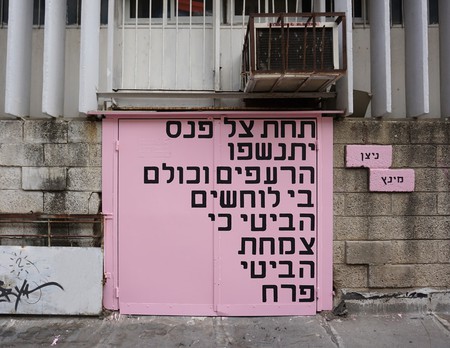 One renowned Tel Aviv artist who has taken street art to a whole other level in Nitzan Mintz, who is not just a graffiti artist, but rather, a ‘visual poet’. Nitzan’s unique art, combined with her poetic work, can be seen all over the city.