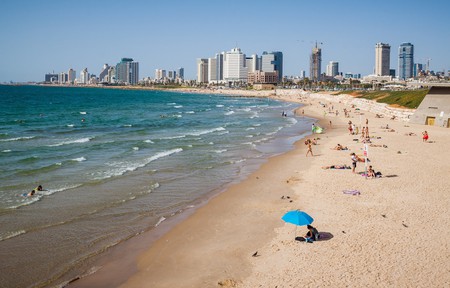 Beaches take up a sacred place in Israeli society, offering a vital respite from the noise and chaos of real life. In a country plagued with internal divisions, the beaches are sanctuaries enjoyed by everyone: Jews and Arabs, secular and religious, dogs and tourists. However, they are in high demand from developers who are seeking to cash in on the huge tourism potential that further infrastructure could bring. Is their future in safe hands?

Since 2004, the Barcelona Protocol, which prohibits new development within 100 metres (328 feet) of the coastline, has protected Israel’s beaches. Moreover, a special planning body – the Committee for the Protection of the Coastal Environment – must examine any planned development within 300 metres (984 ft) of the beach.

Despite this, the long-term sustainability of Israel’s coastline faces a constant threat from plans by developers and government bodies to build hotels, restaurants and high-rises along the country’s Mediterranean coast.

According to Mare Nostrum, an EU-financed non-profit project that looks to find new ways of protecting and managing the Mediterranean coastline, development pressures are the single biggest threat to all Mediterranean coastal zones.

In Israel, the combination of the country’s rapidly growing population and its small land mass make its coastline the most in-demand along the Mediterranean, adding to the strain.

In 2016, The National Planning and Building Commission proposed a new plan that would lift the special central-government protection of land within 300 metres (984 ft) of the shoreline in numerous Israeli cities, including Herzliya, Netanya, and Tel Aviv. Instead, planning decisions in these places would be left to the regular local and district planning bodies. This plan has yet to be approved, mainly due to public pressure. 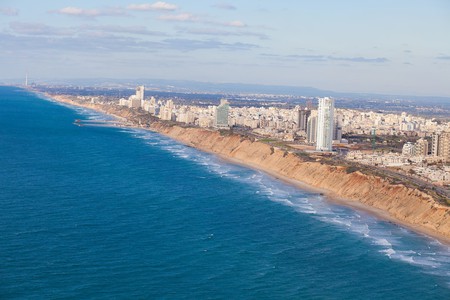 The Israeli people already have a bad deal when it comes to their beaches. They have access to a meagre 10 miles (16 kilometres) from the country’s 122 miles (196 km) of Mediterranean coastline. Most of it is taken up by infrastructure, such as power plants, ports, military bases, and natural gas and desalination plants. Perhaps this is the reason they are so involved in efforts to preserve what they have.

Indeed, their combination of high awareness of environmental issues, particularly concerning the country’s coastline, and their readiness to take action, has prevented numerous government-backed initiatives to build further infrastructure along the coastline.

Professor Rachelle Alterman, an expert in urban planning and law from the Neaman Institute for National Policy Research at Israel’s famous Technion university, who also leads the Mare Nostrum project, tells Culture Trip: “Israel’s civic society, especially over environmental issues, is stronger and more influential than all the other countries we’ve researched along the northern Mediterranean coast.”

This influence stretches into Israel’s government, parliament and court, which has been critical to the protection of the coastline. “If left to developers and national government”, Alterman adds, “the whole coast would have been built up from north to south, such is the economic interests and influence from developers”.

Thanks to the public, Israel’s coastline is, in fact, better protected than most other countries along the Mediterranean – illegal coastal construction, for instance, is widespread in Spain, Italy, Turkey and Greece. 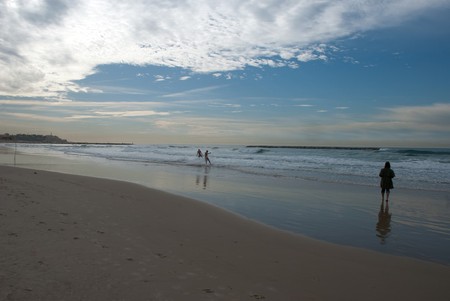 Power to the people

A notable example of civic action protecting Israel’s coastline is the two-year-long struggle spearheaded by Dana Lustig and her sister Adi, beginning in 2008. These two young Israeli women succeeded in putting enough public pressure on the government to block developers from building a 350-room resort on Palmachim Beach, near Rishon LeZion. 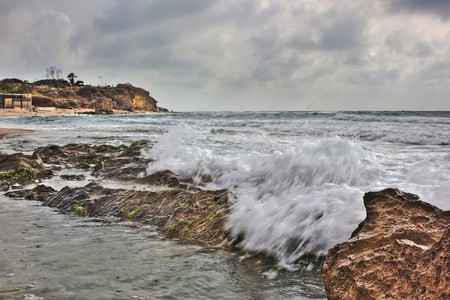 Also of note are the Society for the Protection of Nature in Israel and Adam Teva V’Din, two of Israel’s leading environmental pressure groups that play a significant role in the preservation of the country’s coastline. The latter pushed through the historic Coastline Protection Act in 2004, the first legal framework for preserving Israel’s Mediterranean coastline, and succeeded in halting the expansion of the Carmel Beach Towers and other coastal threats.

The problem Israel faces is finding the balance between capitalising on significant tourism opportunities and preservation of its coastline. What the future holds remains to be seen, but with a proactive and influential public ready to leap to the defence of their most loved natural asset, Israel’s beaches seem to be in safe hands.