What to do in Florentin, Tel Aviv's Art District 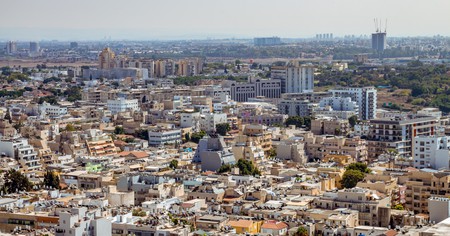 Tel Aviv’s industrial zone-turned-artist enclave is the perfect place to spend the day.

Take just a few steps in this south Tel Aviv neighbourhood and you’ll see why Florentin has earned a reputation as one of the top destinations in the world for street art, with nary a surface left untouched by local creators and visiting artists. What sets this neighbourhood apart from similar areas in other cities is Florentin’s raw feel. While it’s well on its way to becoming one of Tel Aviv’s most sought-after districts, hallmarks of its industrial past still exist, including local law enforcement’s hands-off approach to graffiti. 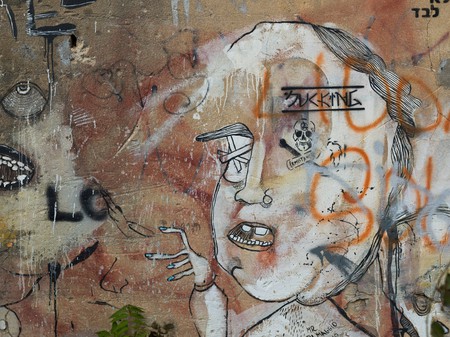 Visitors can enjoy Florentin’s walls and its wide range of dining options, bars, boutiques, entertainment venues and galleries, alongside traditional attractions in the area, like old school family-run Persian restaurants and the spice vendors in Levinsky Market.

Keep your eyes peeled and your mind open

The street art in Florentin can be experienced by just taking a stroll, but you can also join guided groups such as the Urban Culture and Graffiti Tour led by Guy Sharett, a linguist-turned-guide who provides critical background on the scene, details about the Hebrew and Arabic languages, and fascinating historical information. On tours such as Sharett’s, you can learn about the area’s two-decade-long transition from a working-class neighbourhood inhabited by Jewish immigrants from northern Africa, Turkey and Greece, into the capital of Israel’s bohemian underground. You’ll also hear how and why the influx of artists seeking cheap rent and ample space turned the neighbourhood’s walls into a collage of classic wild-style graffiti pieces, stencil work and massive roof-to-ground murals. 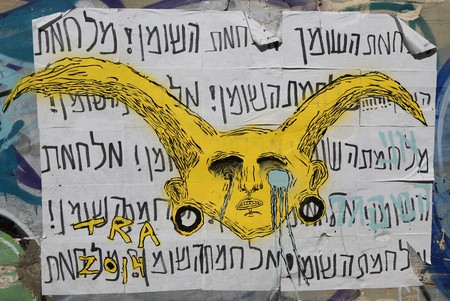 Mural art in the Florentin neighbourhood in the southern part of Tel Aviv. | © Leonard Zhukovsky / Shutterstock

If observing the art in Florentin inspires you to grab a can of paint, you can try Grafituyul’s basic graffiti course, which is taught by a brother-and-sister team of street artists who cover stencilling, spray flow and template layering. In addition to the artwork on the street, the area is also home to a number of galleries, such as Florentin 45 Contemporary Art Space and Under 1,000, which showcases the work of emerging talent at relatively affordable prices (under 1,000 shekels, which is about £200).

Step back in time and experience the Tel Aviv of old

A number of structures in the area bear witness to the neighbourhood’s life before it became the bohemian capital of Israel, including tiny traditional synagogues and the Lehi Museum, which covers a good chunk of the history of pre-state Mandate Palestine in the years leading up to Israel’s 1948 declaration of independence. Popping into the museum, or one of the synagogues (appropriate dress is required), provides a glimpse into a different dimension of Israeli culture than the scene in galleries, cafés and bars in the area. 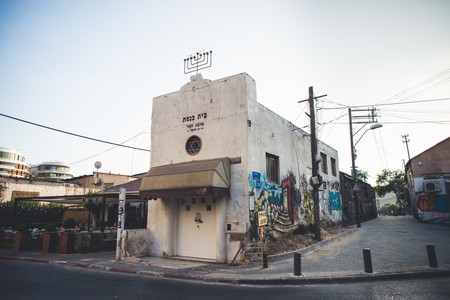 Another great way to experience local flavour, literally, is to visit Levinsky Market, where you’ll be welcomed by the scent of spices, fresh-roasted coffee beans and herbs. Linger in any one of the stores in this market and you’ll get a taste of what Tel Aviv was like before Israel became a ‘start-up nation’ and Florentin became ground zero for Israeli hipster culture.

Grab a tea, some dried fruit or a freshly squeezed juice and listen to the sound of merchants speaking Hebrew, Arabic and Russian, among many other languages. The stores in Levinsky Market are a microcosm of Israel’s mash-up of cultures from across the globe. 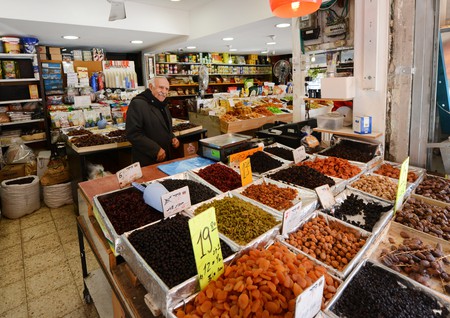 Florentin is not only a visual feast, but there are also dining options in the area for every taste, budget and time of day. From authentic Mexican food and mezcal to kosher Italian restaurants (Florentina), the best way to pick a place is to peruse the neighbourhood on foot until the aroma or music pouring out of a restaurant draws you in. While the cuisine in the area includes top-notch Indian (24 Rupee), Mediterranean fusion (Dalida), and traditional Israeli (Hummus Eliyahu), the older Persian restaurants such as Shamshiri provide a different experience, with generous portions of roasted meat and the chance to see what the area was like in the pre-street-art era.

Florentin is also home to a number of cafés and bars that offer live entertainment or a relaxed atmosphere to meet locals and enjoy a beer, cocktail, glass of wine or shot of arak, an anise-flavoured Israeli liqueur. Hoodna, for example, which means “truce” in Arabic, presents music, DJs and comedy in a lively atmosphere that attracts a young crowd. The Turkish-themed Café Kaymak is another packed spot, where patrons spill out onto the street, enjoying glasses of beer, Mediterranean delicacies and live music. The café scene and nightlife in Florentin is a great way to experience Israel’s diverse, creative culture, leaving locals and visitors coming back for more. 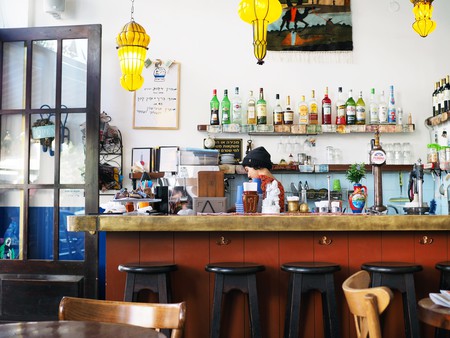