What the Jaffa Clock Tower Teaches Us About the Ottoman Empire 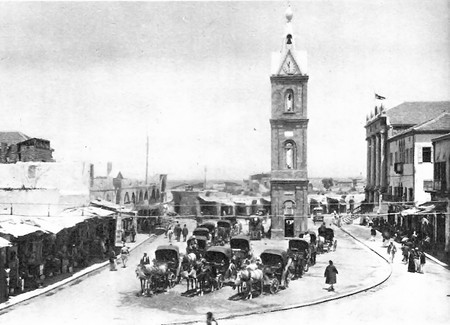 More than a century ago, an ornate clock tower was constructed in Jaffa to pay homage to the region’s Ottoman ruler and his vast empire. The tower’s clockworks symbolised modernity and served as a source of pride for the Jews and Arabs in Jaffa who collaborated in building it. 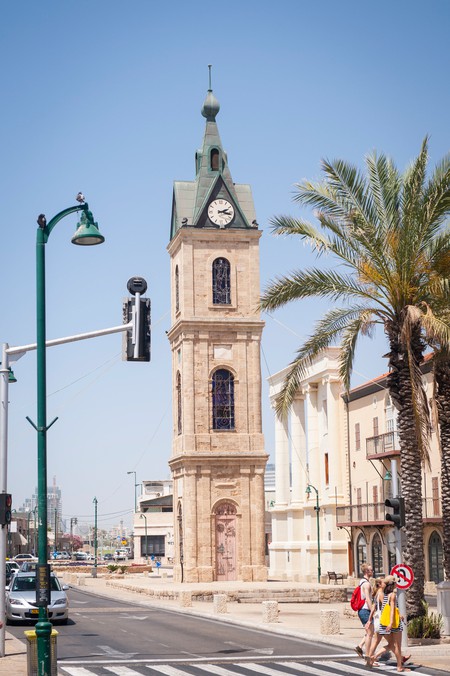 Tel Aviv is most famous for its Bauhaus architecture and Mediterranean beaches, but its Jaffa district is also home to a majestic 100-year-old clock tower that hearkens back to a time when the Ottoman Empire ruled the region. The tower hovers over a central square in Jaffa and has bore witness to the presence of the Holy Land’s Jewish, Muslim and Christian communities throughout history.

A celebration of the Sultan’s empire

Many visitors and locals might not know that the Jaffa clock tower is one of six such structures built at the turn of the 20th century in what was then known as Palestine, and one of more than 100 that were built throughout the empire in territories that now make up Macedonia, Bosnia and Kosovo. Construction on the clock towers, which still stand in Jaffa, Haifa, Akko, Safed and Nablus, began in 1901 to celebrate the 25th anniversary of Sultan Abdul Hamid II’s reign in 1900.

In Jerusalem, the construction of a clock tower on one of the Old City’s gates was completed in 1907, but the British demolished it in 1922 after capturing the city. They believed it to be unfitting with the favoured European image of the biblical city. A seventh tower was built in Nazareth, above the Saraya palace, but its authenticity as an Ottoman clock tower remains in doubt. 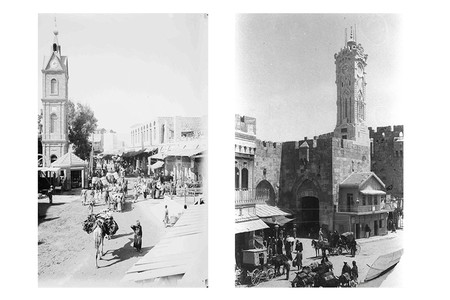 The clock towers in Palestine were funded and constructed by members of the Arab and Jewish communities, who found refuge in various outposts of the Ottoman Empire following Jewish expulsions from Spain and Portugal. While pogroms, punitive taxation and discriminatory treatment were not completely absent in Ottoman lands, its rulers extended rights to Jews that remained unthinkable in most nations in Europe until the French Revolution. Under Ottoman rule, Jews enjoyed the right to establish autonomous communities (including schools and courts), to work in various professions and, on rare occasions, to hold positions of power in local governments. 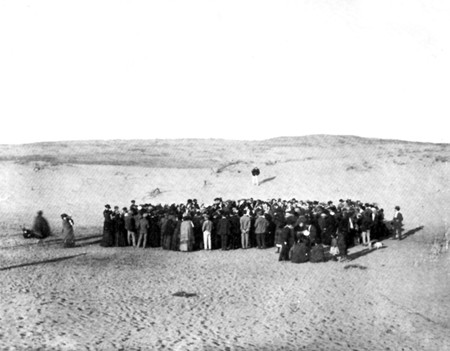 Allocation of plots to the residents on the sand dunes of Tel Aviv. Tel Aviv was founded by the Jewish community on the outskirts of the ancient port city of Jaffa, 1909 | Photo by Universal History Archive/REX/Shutterstock

Arab-Jewish cooperation under the Sultan’s auspices

Jews settled in some of the Ottoman-controlled areas of Palestine, including Jerusalem, Hebron, Shechem (Nablus), Haifa and Safed. Although friction and conflict existed between fledgling Jewish communities and their Arab neighbours, projects such as the clock tower in Jaffa represented examples of cooperation and co-existence in pre-British Mandate Palestine. In Jaffa, Arab and Jewish residents pooled contributions to build the clock tower, which was designed and built by master clockmaker Moritz Schoenberg and which was overseen by Joseph Bey Moyal.

The tower’s cornerstone was laid in 1900 at a ceremony attended by government officials and religious leaders, with special prayers held in local mosques and synagogues that day. After the tower’s completion, its clocks provided the time in Palestine and Europe, chiming loudly enough to be heard by people within about a three-kilometre radius. The clocks’ dials showed Arabic and Roman numerals, a nod to the tower’s location at the crossroads of European and Middle Eastern culture.

Currently, most of the Ottoman-era towers can still be visited, even if their clocks no longer operate. Throughout the years, the Jaffa tower’s architectural features have been preserved via engineering and structural conservation efforts. Renovation on the tower started in 1966, and conservators installed new clocks and ornate stained-glass windows that depict Jaffa’s history. Other similar conservation efforts include the installation of new electric timepieces in the Safed clock tower, where the original bell still rings every half-hour.

In 2016, the Israel Antiquities Authority (IAA) embarked on an intensive restoration project, overseen by conservator Mark Avrahami, of the Jaffa tower’s tuğras – a Turkish word for the Sultan’s ornamental seals. Because of the deterioration in the seals’ original marble, including erosion in the design’s relief and partial detachment from the tower, conservators removed the marble seals completely, replacing three of them with glass replicas and restoring the original seal from the tower’s southern side. 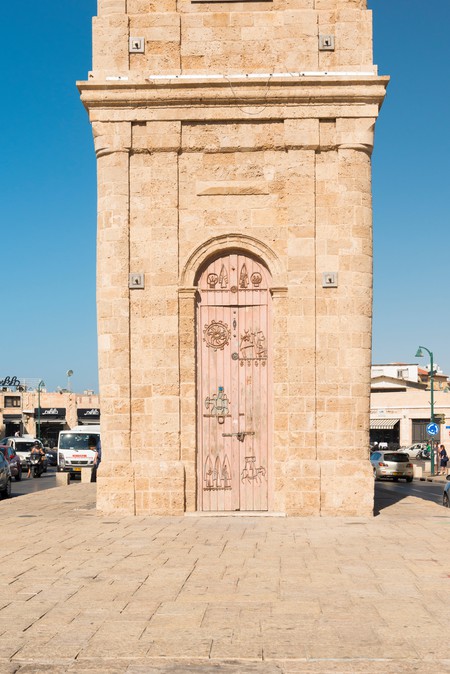 To restore the original seal, Avrahami and his team transported the engraved marble slab to the IAA’s Jerusalem laboratory, where they constructed a new support and used pigments to accentuate the seal’s details. The IAA prioritised the seal’s restoration because of the tuğras’ historic significance as the official symbol of the Ottoman Empire for about 600 years, incorporating various sultans’ names, titles, fathers’ names, Islamic blessings and symbolic representations of the empire.

Arabs and Jews work together to preserve antiquities

Clock tower restoration efforts reflect the collaborative nature of conservation projects in Israel and the Palestinian territories, where historical sites bear significance for Judaism, Christianity and Islam. As a result, Jewish and Muslim archaeologists and conservators work together to restore Christian sites, such as the Wall of Columns in the Tel Ashkelon National Park, a remnant of fortifications from the Crusader period. At this site, conservators Fuad Abu-Ta’a and Yoram Sa’ad worked with engineer Ofer Cohen to rehabilitate and stabilise the original structure of the walls. 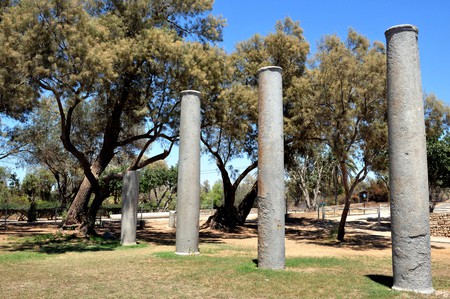 Similar conservation efforts have been undertaken in Akko, a city in the north of Israel’s that bears many intact remnants of its incarnations as an Ottoman fortified town and, before that, as a Crusader village. The Ottoman clock tower in Akko stands just blocks from the Citadel, which is now home to the Underground Prisoners Museum, a restored complex that tells the story of the inmates held and executed under British rule in the 20th century, many of whom fought to establish the nascent State of Israel. 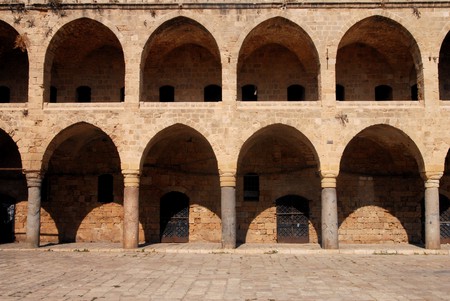