Visiting Masada, the Most Beautiful Ruins in Israel 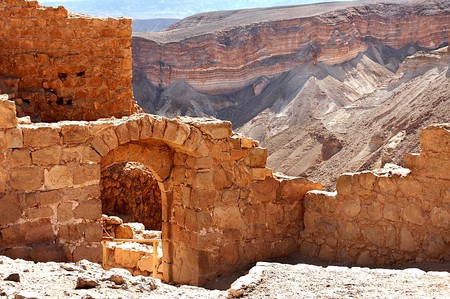 Israel is a beautiful and richly historical country, littered with incredible ruins and iconic landmarks. Arguably, the pinnacle of these is the ancient fortress of Masada, a UNESCO World Heritage Site, which lies atop a rock plateau in the eastern Judean Desert overlooking the Dead Sea.

A 1.6 million-square-foot, 2,000-year-old fortification, Masada is truly a sight to behold. All the more so when you consider its rich, enthralling and tragic history.

It was here that King Herod, who ruled Israel on behalf of the Roman Empire at the end of the first century BCE, built his decadent palace, equipped with a synagogue, storerooms, bathhouses, pools, and dazzlingly beautiful mosaic floors. Incredibly, much of this palace complex remains intact, evoking a sense of awe among visitors for its architectural opulence and sophistication.

Masada is also a poignant symbol of Jewish resistance against oppression. Jewish folklore tells us this was where nearly 1,000 Jewish rebels opted for mass suicide over losing their freedom and dignity to the conquering forces of Roman Emperor Vespasian in 73AD. 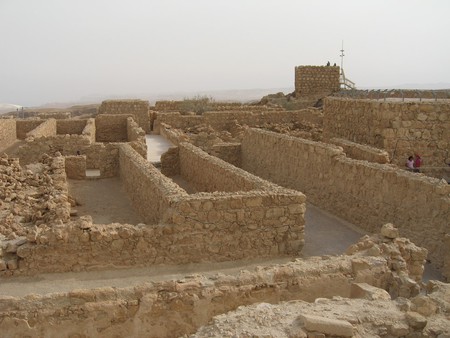 The sacrifice and tragedy that Masada symbolizes stands in stark contrast to the peaceful serenity of the Dead Sea in the distance – a powerful dichotomy that reminds us of nature’s beauty and the ugly streak of humankind.

Moreover, the remoteness of Masada and the harsh conditions of the southern part of the Judean desert meant that, upon its rediscovery in 1828, it had been untouched for 13 centuries. As a result, Masada is one of the world’s most authentic archaeological ruins.

To get the most out of your visit, head to the fascinating Masada Museum at the base of the fortress, which contains 500 artifacts found during excavations that are divided into three themes: King Herod, Jewish rebels, and Roman forces. 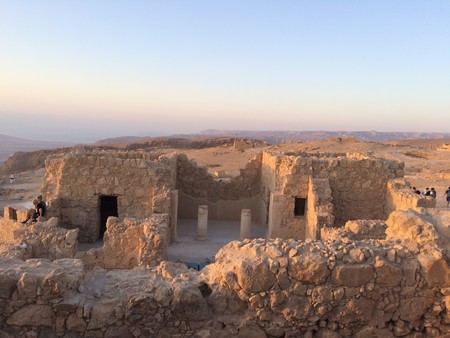 Masada is best done as a day trip, located only 90 minutes by car from Jerusalem. Either rent a car and drive yourself, or go with a tour group. For the latter, highly recommended is Abraham Tours, who will take you from their hostel in Jerusalem by bus to climb the fortress at sunrise. An extremely early start, but totally worth it for a truly unforgettable experience (they will take you to the Dead Sea and Ein Gedi the same day, too).

Masada is not an easy hike: for those with good fitness levels, it takes around 45 to 60 minutes. If you don’t fall under this category, then fear not: there is a cable car that takes you all the way up. Bring plenty of water and whatever you do, do not come in the middle of the day – there is no escaping the sun. For the easiest conditions and the best views, hike during sunrise, and have the rest of the day to visit the nearby Dead Sea and Ein Gedi nature reserve. 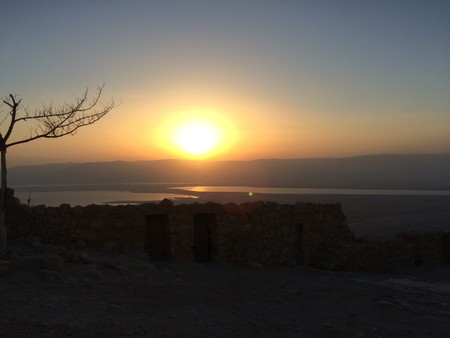