Unusual Things To Do in Jerusalem 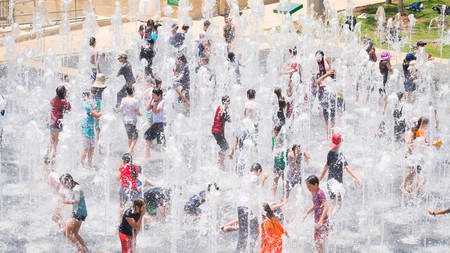 For travellers who want more than a typical cookie-cutter visit to Jerusalem, the following sites and activities can spice up your Holy City sightseeing itinerary.

Hidden among Jerusalem’s many religious and historical sites are a number of less familiar locations and activities that expose visitors to the city’s many dimensions. From unique musical venues to nature reserves tucked away between urban neighbourhoods, these off-the-beaten-track attractions provide an opportunity to interact with locals and experience the true flavour of the city. As this list illustrates, the payoff is big in Jerusalem for travellers willing to look beneath the surface and explore the city’s more unusual offerings.

Join a gallery tour led by a Jerusalem art-scene insider

Jerusalem is home to a thriving art scene, and Jenna Romano’s tours and gallery hops are a smart way to see the city’s most interesting galleries and meet local creators. Romano runs the Contemporary Art in Jerusalem company, and her tours provide an exclusive peek into galleries like Barbur, the Jerusalem Print Workshop and the Artists’ House at Bezalel Academy of Arts and Design. In addition to gallery-focussed events, Romano also offers tours of outdoor art, which include public sculptures and other installations in diverse areas of the city, from the cool Nachlaot enclave near the centre of town to areas that skirt ultra-Orthodox Jewish and Arab neighbourhoods. Each Jerusalem gallery hop and public tour focusses on a different theme and can include studio visits, stops at the world-famous Israel Museum and strolls through Jerusalem’s many historical districts. 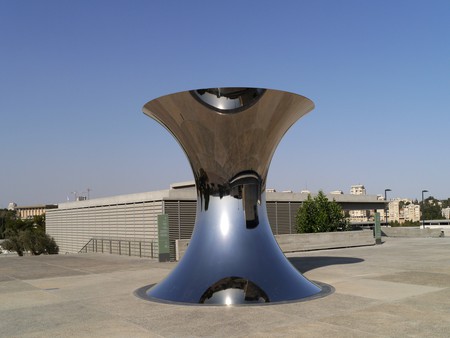 Whether you dream of being an archaeologist or just want a more direct way to uncover hidden treasures in ancient Israel, the Temple Mount Sifting Project provides an opportunity to get your hands dirty. Under the supervision of experts from Bar-Ilan University and the Israel Archaeology Foundation, participants in the Sifting Project search for valuable artefacts in nearly 9,000 tons of soil removed from the site where the two Jewish temples stood for close to 1,000 years prior to the start of the Common Era. The items recovered so far by volunteers have included seals, furniture and pottery fragments, glass vessels and ornaments, bones, mosaic stones, ancient coins, jewellery, beads, terracotta figurines, arrowheads, clothing and weaponry. Nearly every participant is guaranteed to find something in the soil during their allotted two-hour session, with all artefacts sent to the project’s archaeological laboratory for processing, analysis and cataloguing. 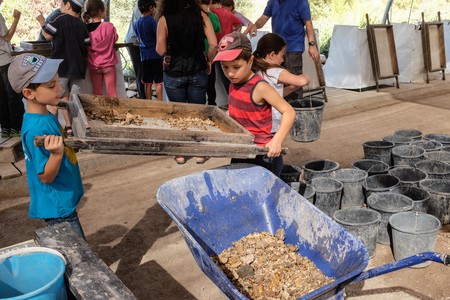 Grab your board, bike or blades and get active against a scenic backdrop

The Jerusalem municipality opened a sprawling skatepark in 2014 with concrete bowls and halfpipes, located at the start of a six-kilometre (four-mile) paved cycling and walking path called the Rakevet Trail. The skatepark offers terrain suitable for everyone, from beginners to seasoned shredders. The Rakevet Trail starts at the First Station complex (where bikes can be rented) and winds through the picturesque Arab neighbourhood of Beit Safafa, covering historic stretches of the city that are often overlooked by tourists. Jerusalem’s Zoological Gardens, where a brand-new aquarium opened in 2017, are situated at the end of the trail. 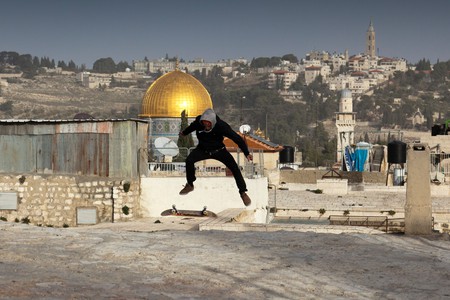 The Rakevet Trail is a paved cycling, walking and skating route that winds through the city | © Tony Roddam / Alamy Stock Photo

Besarabia is a cosy bar, and its interior looks like a New York City East Village haunt holding a garage sale. Its quirky decorations and eclectic mix of clientele, which includes art students, local residents and international visitors, make this establishment a one-of-a-kind Jerusalem experience. The bar hosts live bands and DJs, with a line-up that runs the gamut from Russian folk music to reggae and thumping electro. Taste one of the home-made liqueurs made with unusual ingredients like horseradish and pomegranate, and stick around for a late-night Balkan-themed dance party with visiting DJs and musical acts like Gute Gute, an Israeli-based ethno-fusion collective. 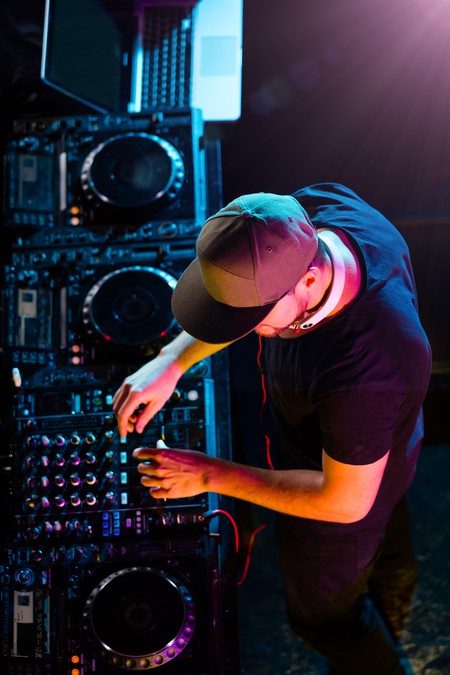 Although Jerusalem’s Gazelle Valley Park is nestled between two urban neighbourhoods and a major freeway, the large reserve is home to about 30 wild gazelles, which visitors can view at close distances throughout the grounds. The park is also home to natural and artificial ponds, streams and observation posts for watching birds and other wildlife. Entrance is free, and guided tours are also available. The park also hosts special activities, lectures and workshops throughout the year. 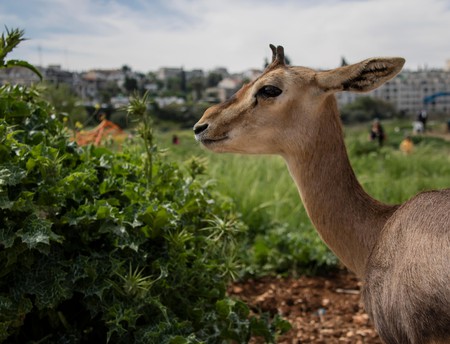 According to its mission statement, the Hebrew Music Museum explores the power of music to “unite, heal, delight and awaken the inner goodness in each and every one”. To that end, the museum’s seven spaces present instruments and other musical objects from Morocco, Andalusia, Iraq, Syria, Egypt, Ethiopia, Yemen, Europe and Israel. Visitors can have a go at playing the instruments, hear live performances and enjoy interactive virtual experiences that tell the story of Jewish music in the diaspora and its many permutations in modern-day Israel. 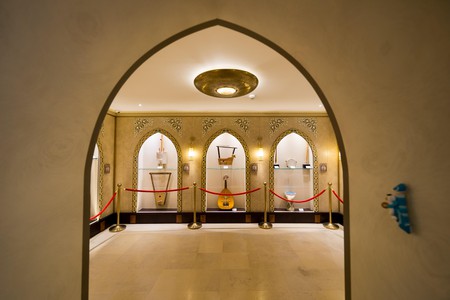 If you are a child at heart, the Teddy Park fountain is the perfect place to cool off in the warmer spring and summer months. Situated just outside the Old City, in the park that commemorates the former mayor of Jerusalem, Teddy Kollek, and next to the Hutzot Hayotzer Artists’ Colony, the large splash fountain synchronises bursts of water and light shows to the sound of music at regular intervals. Whether you’re dipping your toes in the water or getting completely drenched among the water spouts, the fountain is a great place to see Jerusalemites from all backgrounds interacting. During the day, a visit to the fountain is a family-friendly activity and full of local children, but at night visitors fill the park to see the orchestrated show. 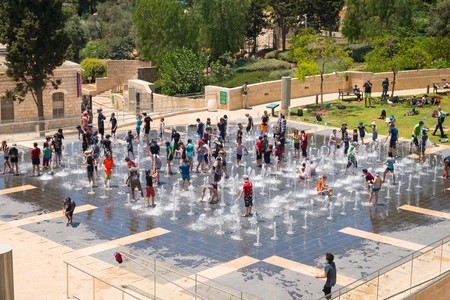 Immerse yourself in typical Israeli folk dancing at First Station

Israeli folk dance is an enduring remnant of kibbutz culture, which was a key component of Israeli society in the nation’s formative years. Developed in the mid-19th century, this style of dance combines elements of Romanian, Yemenite and other Eastern European dance modes. Along with campfire singalongs, folk dancing remains a popular pastime for all generations. Open folk-dancing get-togethers are hosted every Sunday throughout summer at First Station. Also known as Tachana Rishona, First Station was the first train station in the city; it was built during the Ottoman era and repurposed in 2013, and today it attracts Israelis and visitors of all ages (check the First Station website for event dates). The events provide a window into traditional Israeli life and a chance to hear classic tunes and interact with locals in a relaxed, inviting atmosphere. Admission is free, and Tachana Rishona offers plenty of dining options and bars. 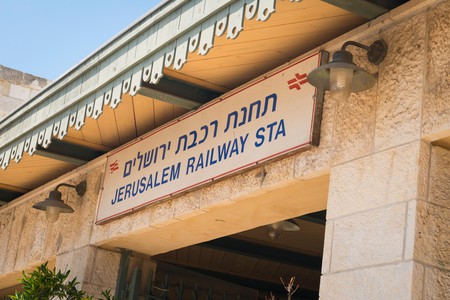