The Best Scuba Diving In Israel 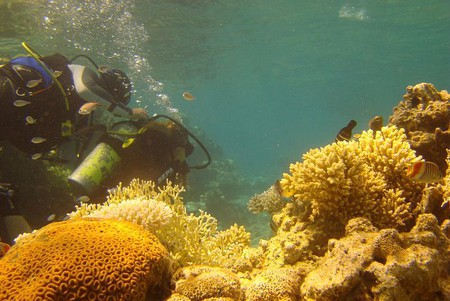 Israel’s temperature throughout the year can generally be described as anywhere from hot to extremely hot. There are many ways of escaping the sun’s rays but one of the best ideas is definitely to take a dive underneath the sea at the many scuba diving sites along the beaches of Israel. Because Israel’s west is entirely bordered by the Mediterranean Sea and by the Red Sea down south, there are many different locations to factor in. Here we take you through the top diving areas – in Eilat and the Mediterranean – and what to look out for in each one.

With over 2,500 different species of underwater life and about 270 separate types of coral, the Coral Reserve Beach in Eilat is a beautiful place to dive. It extends to around 1.5 kilometers; from the Underwater Observatory at the southern end, until Pipson Beach, and includes a few sites within this area. The best area to explore here is the ‘Japanese Gardens’ which has a long belt of continuous coral life that spreads across approximately 500 meters of beach and has both a deeper and shallower section that can be enjoyed. The shallower part goes to a depth of 6-8 meters and holds a fantastic maze of rich, vibrant coral and an abundance of colorful and beautiful fish. The deeper side of this site begins at a depth of 16 meters, following an underwater wall of sand that distinguishes the two sections. It extends to a depth of approximately 45 meters and although lacking in animal life, it is full of coral to take in.

This site can originally be traced back to the year 1969, when Israel spirited five missile boats out from under the noses of the French authorities in Cherbourg. Fast forward to 1994 and the boats were no longer relevant, leading the Israeli government to begin the dismantling of these ships – except one. The ‘Satil’ was sunk approximately 100 meters from the Eilat shore so that scuba divers could enjoy the wreck and it has turned into a wonderful chance for adventure below the water. At a depth of 24 meters, the ‘Satil’ is a supremely fun excursion for any diver and an opportunity to explore an exciting piece of Israel’s history.

This area is so named because of its proximity to Hebrew University’s site for underwater trials and experiments. It is filled with many interesting looking coral that grow in opposing directions to the sea. Very close to this site is a worthwhile dive for those interested in a deeper excursion. At 30 meters deep lies the ‘Yatush’ – an old petrol ship of the Israeli Navy that was sunk for diving purposes. Although not as big as the Satil, it is still an exciting chance for some wreck diving.

Two more exciting wrecks that can be found in the Mediterranean, off the coast of Israel are the ‘Nitzan’ and the ‘Shira’. Nitzan is one of the newest diving sites in Israel and consists of an old fishing boat that lived a long and interesting life during its time on the high seas. It reached Israel in the 1950s and was recruited by the Israeli navy where it was used for reconnaissance in addition to fishing. At some point it made it around the continent of Africa, being used for fishing off the coast of Eritrea, before it was brought back to Israel and acquired by the diving association in Israel. The ‘Shira‘ is an Italian submarine from World War II that, in 1942, was on its way to destroy the port in Haifa. Discovered by the British about 9 kilometers off the coast of Israel, it was subsequently sunk by planes and coastal artillery. Years later it was found again and has been a popular diving site ever since – unique and rich in history.

At the very top of Israel, near its northern border with Lebanon, is a fascinating and one of a kind (for Israel) dive site called The Grottos, which are a series of underwater caves. The tempestuous nature of the water, combined with the contrasting light and dark areas, create an unforgettable diving experience. At a maximum depth of only 7 meters the dive can be enjoyed by most, however you’re required to arrange everything beforehand with the Navy and it is recommended to go with a guide that is familiar with the area. 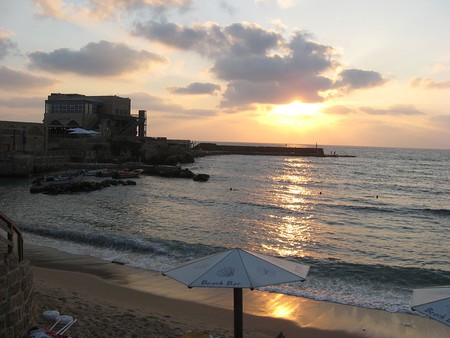 Caesarea is a fantastic city to explore, learn and actually see the unfolding of history from the time of the ancient Romans until today. One unique attraction, open only to scuba divers is the Underwater Archeological Park. With seven different routes all below 10 meters’ depth, there are numerous ways to swim out and see the awesome display of ancient underwater engineering. The attractions include Herod’s sunken harbor and many other ruins and ancient columns – all in addition to the natural marine life that can be found there. Of course, you never know what you’re going to find under the water! Just last week, the largest treasure trove of the last 30 years was discovered off the coast of Caesarea.