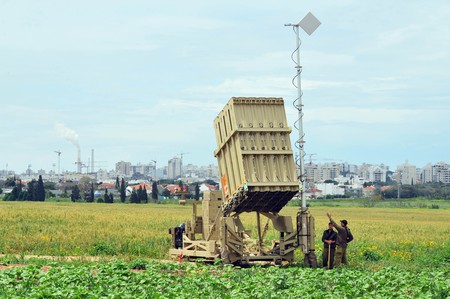 When Natan Barak was assigned a colonel of the Israeli Navy in 1991, tech and the military were two very different things. Now the two are spearheading a tech revolution in the country dubbed “Silicon Wadi” by many. And Barak’s company has crossed from conflict to private success.

Israeli company mPrest was a little-known software firm, providing “Internet of Things” (IoT) software, before Rafael, Israel’s second-largest defense firm, bought half of it in 2010. That helped Barak and his three co-founders get access to their former military employers.

Within months, mPrest’s technology—which allows different systems to “speak” to each other—was a vital cog in Israel’s Iron Dome Missile Defense System, which guards the country from missile attacks from the Gaza Strip and Lebanon, primarily.

The Iron Dome system was officially operational in 2011 after taking three years and $200 million to develop, and was most notably deployed during 2014’s Israeli-Gaza Conflict. Throughout the conflict’s nearly two months of violence, 2,104 Palestinians were killed, of whom 1,462 were civilians; also, 66 Israelis were killed, including seven civilians, according to UN claims. 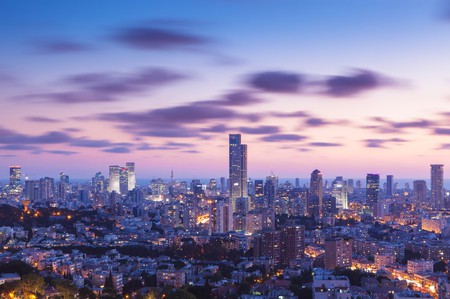 The Israeli government claims Iron Dome claims destroys around 90% of all rockets. Citizens are also tooled with a mobile app called Red Alert, which notifies when an attack is underway.

Israel’s military has propelled it to become one of the world’s most important technology markets. From the age of 18, Israelis–with the exception of Arabs and religious minority citizens–are conscripted. Men serve three years; women a little less than two.

The military is encouraged to develop new defense products. Unit 8200, an Israeli intelligence corps, has been credited with a flourish in high-tech multi-billion-dollar firms such as Waze and Check Point. In a small country of just over eight million people, cooperation between the public and private sectors is essential.

Barak admits that mPrest’s biggest success has been with Iron Dome. But its software has also won contracts from big utility providers, security and other systems. “Flexibility is the name of the game with command systems,” Barak says. “It’s the same with business.”

Israel’s tech sector now employees around a quarter of Israel’s workforce. A shift in focus to high-tech markets like drones and driverless cars have put the country ahead of the innovation curve—in October, the World Economic Forum ranked Israel the world’s second-most innovative nation behind Switzerland.

The IoT—a term loosely meaning the web connectivity of everything from toilet seats to toasters—is predicted to generate between $3.9–11 trillion in economic benefits worldwide by 2025.

Israel’s tech industry is about “turning curses into blessings,” says Jon Medved, CEO of OurCrowd, a funding platform that has put millions of dollars into mPrest. “The country’s under constant cyber assault and attack: we become the leaders in cyber technology.”

While the country’s tech growth has slowed in recent years, and experts warn of a dearth in talent due to fewer tech graduates and the continuing absence of female Arab and Orthodox Arabs in the sector-startup work, and in entrepreneurialism in general, technology has become a keystone of Israeli identity. There is little doubting Israel’s status as a “Startup Nation”, as many have named it.