There is more than one way to be environmentally conscious, and Tel Aviv is leading the forefront on just how many ways a city can be. From recycling to farming without soil, Tel Aviv continues to think of new, innovative, and flat-out genius ways to help save our planet. 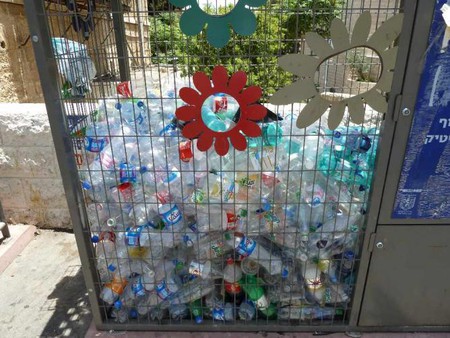 Within the last few years Israel has managed to surpass Europe, the United States, and its own expectations when it comes to recycling. In 2014 Israel recycled 59% of all plastic bottles, when Europe recycled 56% and the U.S. only 31%. You can find recycling bins conveniently located throughout Tel Aviv, making it a eco-friendly part of daily routine. Their presence also stands as a reminder to anyone who sees them that they themselves can make a difference. Ela Beverage Collection Corporation has in the last decade collected over 5 billion plastic drinking bottles. 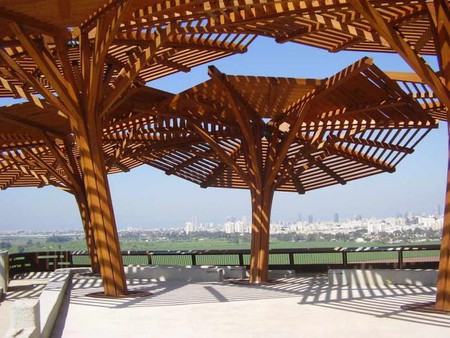 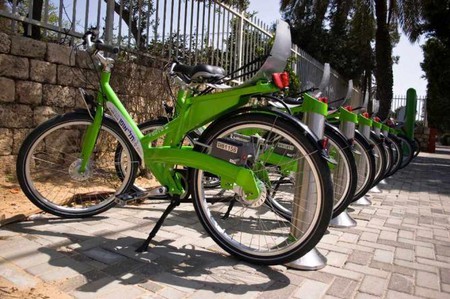 Tel-O-Fun bikes Tel Aviv | © Assafk88/Wikipedia
Mount Hiriya used to be Israel’s largest landfill, over the years it collected 25 million tons of waste until it was closed down in 1998. Today this former garbage dump and eyesore stands as the centerpiece of Ariel Sharon Park, a project in progress, projected to be completed by 2020 and to be three times the size of Central Park in New York. Ariel Sharon Park is not simply a mistake now corrected; this green oasis in bustling Tel Aviv stands as a lesson for change and environmental awareness for the present and for the future.

The park is home to a 150-acre recycling station, where approximately 3,000 tons of household and garden waste is brought in to be recycled on a daily basis. Another 1,500 tons of waste is brought in from construction sites. This once-time garbage dump has been transformed into a place where people can escape from hectic city life and get back to nature. Among the walking and cycling trails, zoo and picnic areas, 3,500 trees were planted in the last year alone. The park offers guided tours, explaining the rehabilitation process, as well as offering educational recycling activities for kids.
Open In Google Maps
Tel Aviv-Yafo, Center District, Israel
+97237398999
Visit Website
Give us feedback

With the introduction of Tel Aviv’s city bike hire Tel-O-Fun in May of 2011, the way people get around has been transformed. These earth-friendly green bikes are the best way to avoid city traffic and lessen your carbon footprint. With over 150 Tel-O-Fun stations all over the city, which are open 24 hours a day, 7 days a week, the idea is to pick up your bike in one place, and to drop it off at another, and the first thirty minutes are free. This bike sharing option is ideal for Tel Avivians and tourists alike, it is a great way to get about your daily routine or just to explore the city. 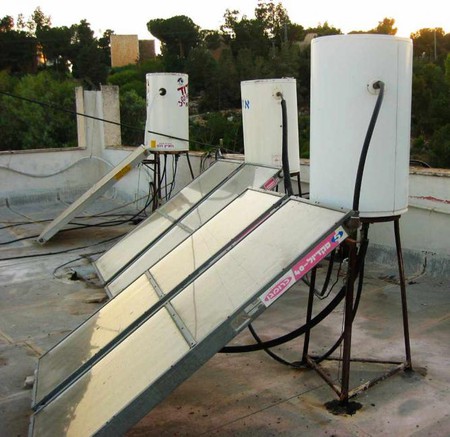 Solar Energy for All

The “dud shemesh,” or sun boiler, invented in 1950 by Levi Yissar, is a solar water heater found on the roof of just about every household and apartment building in Israel. This ubiquity is due to the boiler’s capacity to significantly reduce electricity consumption, estimated as much as two million barrels of oil per year. In 1980 the Israeli Knesset passed a law requiring the installation of solar water heaters in all new homes, leading Israel to become the world leader in the use of solar energy per capita. 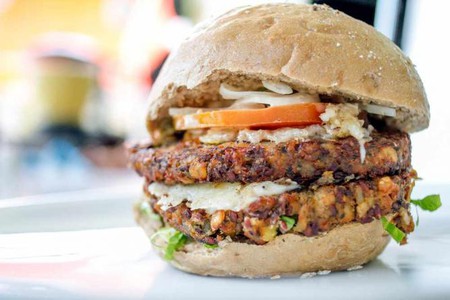 With veganism on the rise in the city people are paying attention to the foods they are putting into their bodies and where they come from. It is well known the significant impact meat production has on the environment and the difference a vegan lifestyle can make. Not only are people changing the way in which they eat at home, but also the way they are dining out. Vegan restaurants are found throughout the city, boasting a wide variety of options. 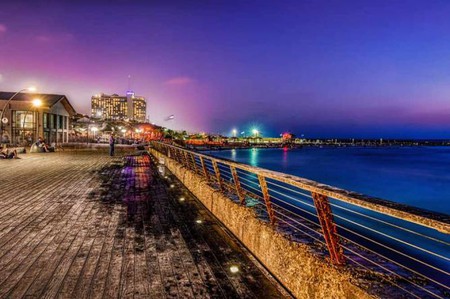 Fresh produce straight from the grower is sold at several wonderful markets around Tel Aviv. A visit to either the Tel Aviv or Jaffa port on a Friday for the weekly farmers’ market is the perfect opportunity to get all of your organic produce, grown right in Israel, and so fresh from the earth you can still see the dirt and feel the love. The Tel Aviv Port Farmers’ Market has even gone beyond the organic, locally grown, fruits and vegetables, and banned the use of plastic bags. It is the perfect place to spend a Friday, and is located just meters from the sea. 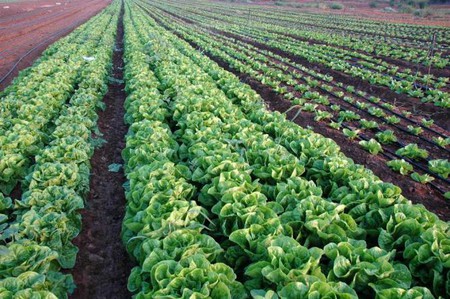 With a large percentage of Israel being desert, water is an extremely valuable and limited resource. Methods to conserve water are vital. Enter drip irrigation, invented by Israeli engineer Simcha Blass: a watering system that allows plants or crops to receive just the amount of water they require, no more and no less. This has the desired effect of using fewer resources while producing more product. 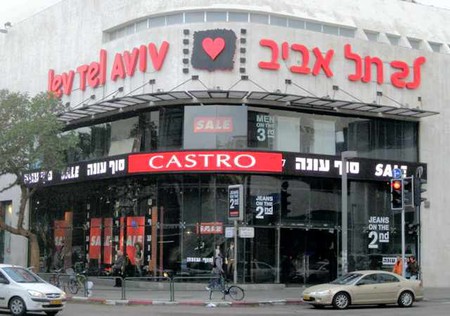 With not much available land for traditional agricultural methods, ‘farmers’ have taken to vacant rooftops above the city instead. One new project making its way to the roof of Dizengoff Center is “Green in the City.” Urban farmers grow vegetables on this Tel Aviv landmark with a unique method called hydroponics. In floating beds of water, the plants receive the exact amount of nutrients they need from the water that comes from the fish tank, which is in turn connected to the plant beds, and all without soil! Without soil there is no need for pesticides, and a fraction of the water is used. The produce from this rooftop farm can be found in two restaurants inside the Center, and in its own farmers’ market. 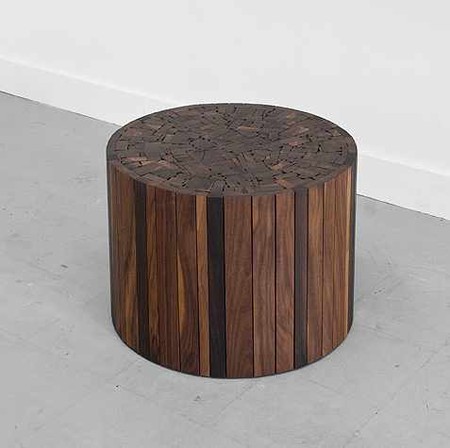 Living in a time of so much waste, some are finding ways to turn discarded materials into something beautiful and useful. Studio Mesila and Ubico Studio are both committed to doing just that. At these unique and environmentally driven studios they resource materials for furniture designs from dumpsters, renovation works, and straight off the Tel Aviv streets. Though both work on separate projects, they share similar missions. Mesila Studio says, “Our goal is preserving the existing, minimizing pollution damage, and reducing the waste of valuable resources.” 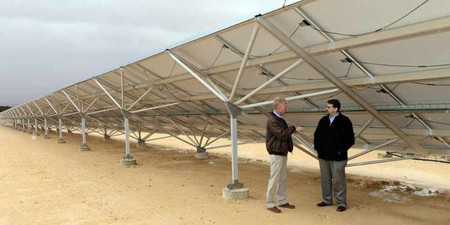 Israel is home to several extraordinary kibbutzim that are making incredible efforts for the environment. Kibbutz Ketura, located in the south of Israel, is home to Ketura Sun – the first commercial solar field in Israel and the Middle East. This solar field covers 20 acres of desert ground, consisting of 18,500 photovoltaic panels that produce an outstanding total of nine million kilowatt hours per year. According to the Arava Power Company, over the course of 20 years, Ketura Sun will offset the production of approximately 125,000 metric tons of carbon dioxide. CO2 emission reductions by Ketura Sun are the equivalent of planting 180,000 trees. Thanks to the desert sun and this incredible vision, a huge difference is being made. It is also the world’s first-ever self-cleaning solar field.