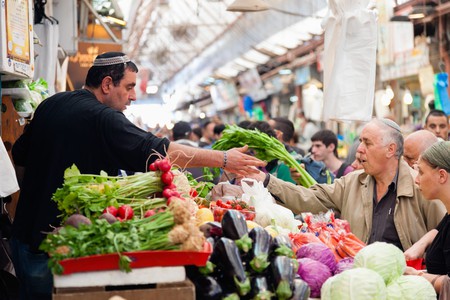 Defining Israeli culture is a difficult task: it is a fascinating and unique blend of cuisines and customs, ethnicities and religions, the old and the new. Indeed, the best way to learn about Israel’s culture and its idiosyncrasies is to experience it first-hand, and this guide should help you prepare for that.

Israeli culture is a concoction of influences

Israel is a truly unique melting pot of cultures. Over the last 100 years or so, from the pre-state era to post-1948, Jews have immigrated to Israel and brought with them their cultures and customs. Its Jewish population originates from all over the world: Russia, Poland, Brazil, Ethiopia, Morocco, Iraq, and Yemen are just some of the places that Israelis originate from.

Thus, from cuisine to celebrations, contemporary Israeli society is a fascinating mix of Eastern and Western influences that have amalgamated to form some kind of shared Israeli culture. Add to that Israel’s sizeable Arab (both Muslim and Christian) population and other ethnic minorities, and you can see the diversity that exists! 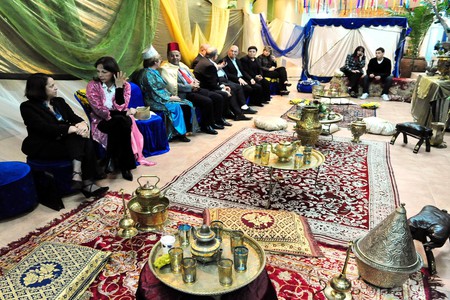 Israeli “rudeness” is due to the Hebrew language

Israelis are often perceived by foreigners as brash and aggressive. However (most of the time), this is not the case. It is an outcome of the Hebrew language, which is characterised by its brevity and commanding nature. Whereas an English speaker might say, “Please may I get some water?” an Israeli would say “Efshar mayim”? literally meaning “It’s possible, water?” An English speaker might say ‘No thank you’ in response to being offered tea, while it would be acceptable in Israel to reply simply with lo (no).

Politeness in Hebrew tends to come through intonation rather than words such as please and thank you. According to Guy Sharett, host of the popular “StreetWise Hebrew” podcast, Israelis also believe that an excessive use of polite words displays a lack of closeness to the other person. Don’t let the lack of niceties give you the wrong impression!

Israelis are open and hospitable

Israelis–whether they are Jewish, Muslim, Christian, or Druze–tend to be extremely warm and hospitable people. Walk into a carpet store in Daliat El Carmel, Israel’s largest Druze village, and you will most likely be greeted with kisses, handshakes, and sweets. Tell a Jewish Israeli you want to experience a Shabbat dinner but don’t have anywhere to go, and you will be invited before finishing your sentence. If a worker comes round to your house to fix something and you fail to offer him coffee or tea, he will be offended, Hospitality is an important part of Israeli culture!

It’s Westernised – to an extent

Israel, and especially Tel Aviv, contains strong elements of Western culture and English is widely spoken. However, it still has its own fundamentally Middle Eastern culture, which is especially strong when you venture out of the main cities and into the peripheries. Even in Tel Aviv, it is not unusual to see a horse and cart navigating busy roads, and many aspects of Western etiquette don’t exist, such as waiting in line in an orderly fashion or waiting for people to get off trains before barging on. Another cultural idiosyncrasy is the staring. Israelis, from grandmothers to teenage boys, stare – a lot – and even if you catch them and exchange eye contact, chances are they will continue. Try not to feel self-conscious. 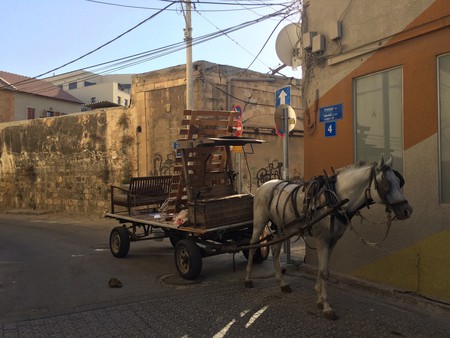 A horse and cart in Jaffa | © Reuben Lewis

Israelis, particularly mizrahim (Jews of Arab or North African descent), are extremely affectionate and expressive, much more so than people tend to be in the Anglosphere. Men greet each other with ahi (my brother), while hugs, kisses, and endless endearments such as haim sheli (my life) and neshama sheli (my soul), are generously handed out.

Israel is a mix of secularism and religion

Contemporary Israeli society is a fascinating mix of religion and secularism, and sometimes the two clash heads. Orthodox Judaism holds an institutionalized influence over various aspects of Israeli life, a result of an early compromise by the socialist founding Prime Minister, David Ben Gurion.

However, despite its significant tussle with religious elements, secularism and liberalism dominate in Israel. Examples of this can be found throughout the country, from the wild Midburn Festival in the Negev Desert and the Middle East’s biggest gay pride festival in Tel Aviv, to the government’s firm backing of Israel’s medical cannabis industry and decriminalisation of recreational use. Oh, and pork dishes can be found throughout the country – even Jerusalem.