Things to Know About a Traditional Israeli Wedding 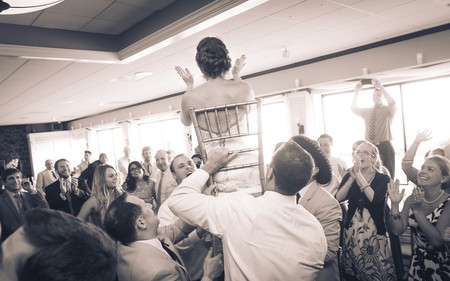 For many outsiders, Jewish Israeli weddings are unlike anything else they’ve come across. From the wild partying to the curious yet beautiful religious rituals, weddings in Israel in many ways reflect the idiosyncratic culture of the Jewish state.

Celebrations can begin days before the actual ceremony

A significant proportion of Israel’s Jewish population are Mizrahi, who historically originated from North African and Middle Eastern countries such as Morocco and Yemen. A treasured part of their wedding celebrations includes the colourful tradition of hina – a traditional ceremony that takes place a few days before the wedding. This lavish event involves painting intricate henna tattoos on the hands of the bride to symbolise health, wealth and fertility. The festivities include traditional foods and attire, such as the vibrant caftans shown in the clip below.

Reception food is the best

Before the ceremony and the sit-down dinner, there is typically a large buffet with all kinds of food and an open bar. The buffet will feature anything from small appetisers to grilled meats, and if the bride or groom is Mizrahi, you can expect Levantine classics such as kibbeh (balls made with bulgur, minced onions, and finely ground meat) and chraime (spicy Moroccan-style fish). If you find yourself invited to an Israeli wedding, make sure you go with an empty stomach! 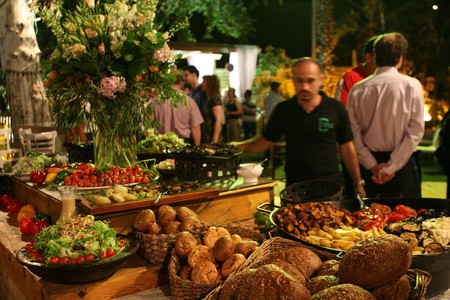 The celebrations are wild

Unlimited alcohol, DJs playing electronic music and jubilant dancing – you could be forgiven for thinking this is a description of an Israeli nightclub. Instead, this is how many post-ceremony wedding parties look, with guests of all ages joining in with the raucous fun. The partying often continues late into the night, so make sure you have nothing planned the following morning.

In accordance with Jewish traditions, the wedding ceremony takes place underneath a canopy called a chuppah, which symbolises the home the new couple will build together. The bride then circles her groom seven times, so as to build the walls of their new world together (just as the world was built in seven days, according to Jewish beliefs). To finish the ceremony, the groom stamps on a glass. There is not one simple explanation for this tradition, but the most commonly accepted is that it signifies the fact that ‘joy must be tempered’ – life can’t always be sweetness and light. 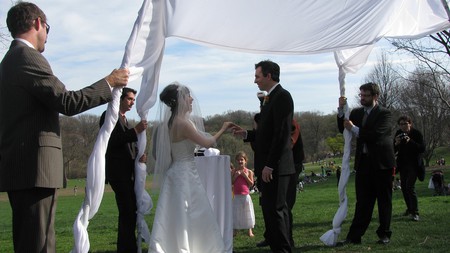 They rarely start on time

That Israelis are late is a stereotype that is often true, and this is certainly the case at weddings. If the invitation says proceedings will begin at 7pm, the reception will be very quiet for at least an hour. In many other countries, this would be deemed highly rude; however, in Israel, it is just an accepted reality.