The Unforgettable Ronit Elkabetz: 9 Films You Need To See 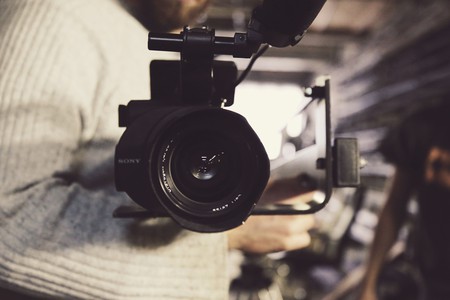 Following the recent passing of the phenomenally talented Israeli actress and multi-award winning director Ronit Elkabetz, we look back at some of her most memorable and important films she’s starred in, as well as some that she wrote and directed. Elkabetz’s memory will live on in her remarkable ability to connect emotionally with the audience in a variety of roles and storylines. Discover and enjoy these nine wonderful films she brought her light and magic to.

In one of Ronit Elkbaetz’s most recent film successes, this film deals with the very controversial topic of divorce in Jewish Orthodox society. A film she wrote with her brother Shlomi, Ronit plays an orthodox woman who is refused a ‘gett‘ (a binding legal divorce consent) for three long years by her husband. The film won the noted Ophir Film Award and was the entry for Best Foreign Language Film at the Academy Awards in 2014. It also earned a nomination for Best Foreign Language Film at the 2015 Golden Globes.

This film, directed by Eran Kolirin in 2007, is a culture-clash comedy about an Egyptian police band who are stuck in a restaurant overnight while attempting to reach an Arab cultural center in Israel. Ronit Elkbaetz plays a restaurant owner who hosts the police band. The film won eight Israeli Ophir Film Awards and was praised for its ability to poke fun comedically at the Israeli- Arab conflict. The film screened at the Cannes Film Festival before a successful release in Europe and the US.

A film which received critical acclaim stars Rachel and her sister, played by Ronit Elkabaetz and Gila Algamor, who make the journey to their father’s funeral. It was written by Hanna Azoulay Hasfari and directed by her partner Shmuel Hasfari. Sh’Chur won an Ophir Award and was hotly discussed after release due to its portrayal of the Moroccan community in Israel.

Hatuna Meuheret (late marriage) is about a 31-year-old bachelor Zaza, played by Lior Ashkenazi, looking for a suitor to marry. The catch is that his Georgian-Israeli family are insisting the woman he finds must be a virgin. He reluctantly agrees; however, unbeknownst to them, he is really in love with an older divorcee, (Judith) played by Ronit, who has a child. The film received positive reviews by critics and was Israel’s submission for Best Foreign Language Film at the 74th Academy Award and was a hit in Israel.

Ronit’s very first film was directed by Daniel Wachsmann. Having thought she was auditioning for a commercial, Ronit won the role of Osha. The film tells the story of Shemya (played by Shuli Rand), a son and grandson of Rabbis, who want him to continue as the next leader of their ultra-orthodox community. Elkabatz plays Osha, a mystical and mysterious woman who appears on the scene.

Jaffa, or in Hebrew Kahlat Hayam (Bride of the Sea), is a French, German and Israeli production and takes place in the mixed Arab-Israeli city of Jaffa in Tel Aviv. Reuven Wolf and his wife Ossi, played by Ronit Elkabatz, have a garage fixing old cars. Ossi is a vain woman. Ossi and Reuven’s daughter Mali has fallen in love with a childhood friend, Toufik, an Arab-Israeli. A chaotic saga plays out with issues like abortion and prison.

A film drama about a lost teenager named Or, who works a few jobs to support her prostitute mother Ruthie (played by Ronit Elkabatz). Trying to pull her mother out of prostitution, Or finds Ruthie a cleaning job; however, Ruthie goes right back on the streets. The sad story continues with Or meeting a boy, Ido, but the relationship goes sour, and Or eventually turns to prostitution herself. Or won ten awards including five at the Cannes Film Festival.

Having already joined forces with her brother once in To Take a Wife, Ronit Elkabatz returned to directing with her brother Shlomi. Shiva tells the story of a Jewish traditional Shiva period of mourning after the death of a family member, in this case, a brother. With a large vibrant Moroccan family, the seven-day period brings with it conflict and tension between the family members.

A film well known for its famous director, Israeli writer Amos Gitai, this period film follows Jewish resistance as they face a series of challenges against the Romans. It is a cinematic realization of stage-based productions by Gitai. It is an adaptation of a text by Flavius Josephus, The War of the Jews, and The Dead Sea Scrolls.