The Three Heads Of Hadrian At The Israel Museum In Jerusalem 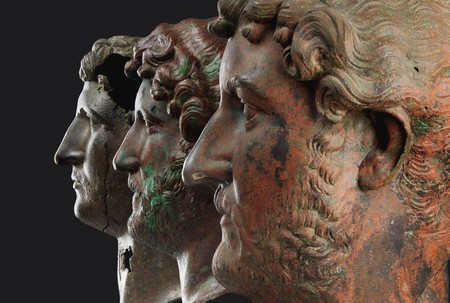 The Israel Museum is the only museum to simultaneously display the three remaining bronze heads of Emperor Hadrian, born Publius Aelius Hadrianus in 76CE. Hadrian became Emperor at the age of 41 and was credited with stabilizing the Roman empire. Although he was one of Rome‘s more enlightened rulers, his ruthlessness is remembered above all. The Israel Museum exhibited Hadrian: An Emperor Cast in Bronze until June 25th, 2016.

During the Bar Kokhba Revolt, which was probably a reaction to Hadrian’s plan to recreate Jerusalem as a pagan colony and the Temple as a holy arena dedicated to Jupiter, Hadrian murdered 580,000 Jewish individuals. He destroyed Judea, re-named it Palaestina, razed Jerusalem to the ground, naming it Aelia Capitolina after himself, and killed Bar Kokhba. On the other hand, Hadrian was described as genial, merciful, dignified and playful. An original quote from the Loeb Classical Library states, “He was tall of stature and elegant in appearance, his hair was curled on a comb and he wore a full beard to cover up the natural blemishes on his face.” 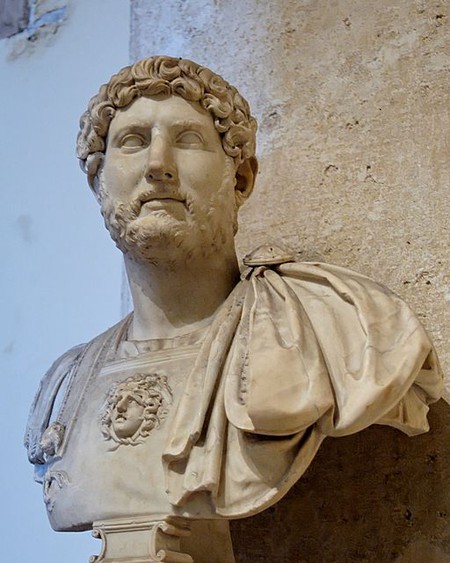 All three of these bronze heads were originally part and parcel of a full body statue of Hadrian, which stood in military camps to remind all that he was the supreme commander, and to be veneratedin special shrines. Some commemorated his victories over the enemy, such as his victory over Bar Kokhba, and others were merely decorative. The most beautiful of all three is the one found in the Beth Shean Valley in 1975, at the site of the military camp named Tel Shalem. Hadrian appears to be welcoming his troops with what is left of his outstretched arms. He is dressed in decorative armour, showing nude warriors in combat.

Temple of Hadrian in Rome | © Jensens/WikiCommons

The next bronze head was found in the Thames River in London in 1834 close to what appears to be an ancient Roman bridge. This personification of Hadrian is totally different than the other two in that the face is full and there are more curls than on the other two.It is surmised that the artist utilized a coin with Hadrian’s image on it to render this portrait, as these statues were often called. The last artistic rendition of Hadrian was either found in Egypt or Asia Minor. From the massive size of the head, one can assume that this was part of a larger than life statue. The face is much longer than usual,the eyes wider, and the nose hooked and crooked in an unusual manner. All the bronze heads have one anatomical feature in common — a diagonal crease in both earlobes. This is generally linked to coronary heart disease, and it is said that Hadrian suffered from this illness. 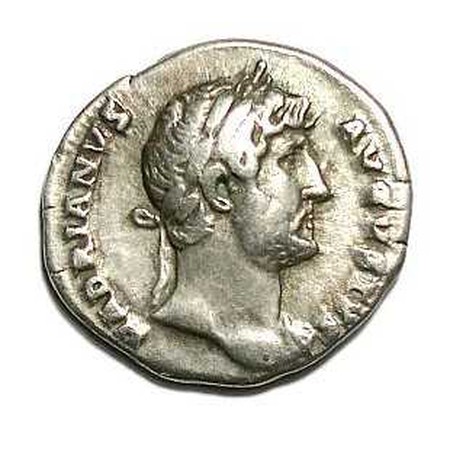 Hadrian had a feature that no other Roman emperor ever had: a beard. In Greek culture, which was highly respected by Hadrian, a beard was a mark of a thinker and a philosopher. However, he may have grown the beard, as we said before, to hide facial blemishes. Hadrian ruled for 20 years only — he died in 138CE of heart failure at the age of 62, but in those years, his accomplishments were many.