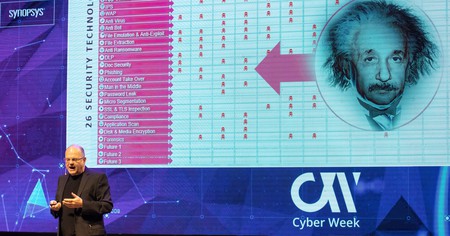 Israel has the highest number of high-tech companies and start-ups per capita in the world, and most are situated in the bustling beach metropolis of Tel Aviv. Culture Trip takes a look at the vision and legacy of the men and women who have helped define the coastal city’s flourishing innovation scene.

From radical new computer systems and environmental sustainability to state-of-the-art 3D-printed couture, Israel’s tech-savvy tycoons have transformed the way we interact with the world around us. Thanks to its high concentration of tech companies, the coastal plain is today known as ‘Silicon Wadi’, with Tel Aviv at the heart of it all. So, who are the major players behind the city’s success, and who is driving the latest tech innovations?

Gil Shwed, Marius Nacht and Shlomo Kramer are known as the granddaddies of computer security. In 1993, the trio founded Check Point Software in Tel Aviv and released the first commercially viable firewall. Check Point Software remains at the forefront of cybersecurity technology and today has 100,000 customers, generating nearly $2 billion in annual revenue in 2018.

For his lasting contribution to Israeli innovation, Shwed has received numerous accolades over the years, including becoming the first-ever recipient of the prestigious Israel Prize in Technology in 2018. Shwed is also a member of the Board of Trustees of Tel Aviv University and chairs its youth university, overseeing the next generation of scientists and inventors and encouraging them to pursue their dreams. Nacht has meanwhile launched a venture capital fund named aMoon to invest in breakthrough medical technologies and, more recently, a non-profit to gather healthcare entrepreneurs in a bid to make Israel a leader in healthcare innovation. Kramer busies himself with developing cloud-based network security systems in Israel and established Cato Networks in 2016. 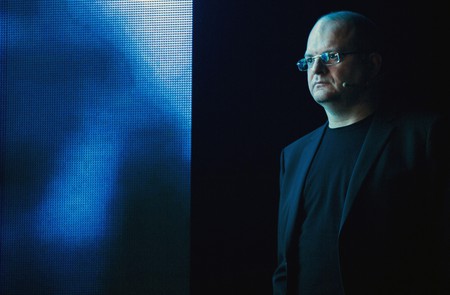 When Ehud Shabtai received a GPS system from a friend, he was disappointed by how long his journey took due to roadworks and traffic. He came up with an ingenious idea to change the way we travel, and in 2006 launched a community project aimed at mapping all of Israel’s roads.

Together with co-founders Amir Shinar and Uri Levine, Shabtai developed Waze, a company that would revolutionise the way people around the globe get from point A to point B. Relying on crowdsourced information to provide users with traffic updates and notify them of obstacles on the road, Waze was bought out by Google for $1.1 billion in 2013 and its head office is still located in Tel Aviv. One of the most popular navigation mobile applications in the world, more than 100 million people use Waze worldwide, and the number is growing.

Daphna Nissenbaum is addressing one of the most pressing environmental problems of our time: the disastrous ecological impact of single-use plastics. To this effect, the software engineer and her colleague Tal Neuman, an industrial designer, founded TIPA in 2010, a company based on the outskirts of Tel Aviv that produces compostable packaging. The biodegradable patented material is made of polymers and plant-based ingredients that perish within 180 days.

Nissenbaum is a regular speaker at high-profile Tel Aviv tech events and conferences, inspiring other entrepreneurs to get on the ecological technology bandwagon. So far, clothing and food manufacturers across Europe and Israel have adopted TIPA’s packaging in a bid to reduce plastic waste. More recently, Google announced it would use the earth-friendly product for its shipping needs.

Israel has always struggled to grow crops because of the water shortages that result from its arid desert climate. Simcha Blass was a renowned water engineer who emigrated from Poland to Mandatory Palestine in 1927 and who revolutionised agriculture in the Holy Land. Blass was one of the founders of Mekorot, Israel’s National Water Company, which is based in Tel Aviv and supplies some 80 percent of the country’s drinking water. While wandering around a farm in the Negev, Blass observed a tall tree that was flourishing despite the absence of any water source. Upon closer inspection, Blass discovered that small droplets of water were leaking into the soil from a nearby machine. From this, the engineer understood that small quantities of water can lead to major plant growth, and so the idea for drip irrigation was born. With this invention, Blass would found Netafim, an irrigation equipment manufacturer based in Tel Aviv that significantly improved crop yields in Israel and, eventually, around the world. Netafim currently holds more than 30 percent of the global market share in drip irrigation technology.

The Tel Aviv-born Zisapel brothers are widely considered to be the forefathers of the country’s blooming high-tech industry and are collectively often referred to as the ‘Bill Gates of Israel’. Together, Yehuda and Zohar co-founded the RAD Group in Tel Aviv, a conglomerate of independent companies that develop and market an array of solutions in the telecommunications industry. RAD Group has been called “the world’s most successful incubator” for telecom start-ups, according to Business 2.0 magazine. Among the inventions the Zisapel brothers’ efforts have led to are the first Ethernet switch for data communications and a miniature computer modem. As of 2015, the RAD Group employed 4,500 people and had some $1.2 billion in sales worldwide.

A fashion designer and tech pioneer rolled into one, Danit Peleg is an entrepreneur who lives and breathes Tel Aviv. Based in the bustling city, Peleg gained recognition in 2015 for creating the first commercially available 3D-printed fashion collection. The famous collection included not only five 3D-printed outfits, but also shoes, which Peleg produced over the course of 2,000 hours using a Witbox home 3D printer. Her customisable creations have been featured in Vogue and The New York Times and are available for purchase online, shipped directly from Tel Aviv. Peleg’s creative vision shows how high-tech couture printed at home could change the way we dress forever. Thanks to her ingenuity, Peleg was in Forbes’s Europe’s Top 50 Women in Tech list, in the Engineers category.

Winninger and Kaufman discovered a way to turn $5 into hundreds of millions of dollars by successfully developing a platform that offers creative and digital freelance services at a low price. Micha Kaufman and Shai Wininger launched Fiverr in Tel Aviv in 2010, an online marketplace that allows people to buy and sell services, known as ‘gigs’, at a starting price of $5. According to the founders, the idea was to make purchasing digital and creative services as simple as buying something on Amazon. Millions of graphic designers, translators, writers, editors and programmers in 150 countries now use the site, making Fiverr one of the top freelancing platforms around the globe. Started in Tel Aviv, the company now has offices in London, Berlin, New York, San Francisco and Miami, and is ranked among the top 500 most popular websites in the world.

The predecessor of instant messaging was ICQ, one of the world’s first standalone internet messaging services. Released in 1996 by Mirabilis, which later changed its name to ICQ (a play on the words ‘I seek you’), the service was the brainchild of five Israeli developers: Yair Goldfinger, Sefi Vigiser, Amnon Amir, Arik Vardi and Yossi Vardi. The group developed the innovative online communication system in the heart of Tel Aviv and distributed it for free. At its peak it had more than 100 million accounts and in 1998 it was bought by AOL for $407 million. The entrepreneurial group headed dozens of other tech initiatives in the city. Yossi Vardi – sometimes referred to as the godfather of Israel’s tech scene – would go on to co-found and help build a further 80 companies, including Answers.com and Brightcove. He also chairs an important annual digital conference in the city known as DLD Tel Aviv, which brings together the world’s leading industry players.

This article is an updated version of a story created by Ben Jakob.