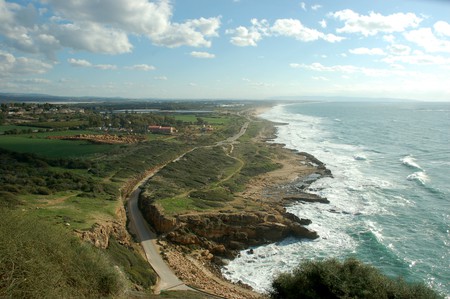 Evan Fallenberg’s novel The Parting Gift is a riveting story of a man trying to escape something that he may not be able to outrun.

The novel (published in September 2018 by Other Press) is framed as a letter to the unnamed American narrator’s college roommate. The narrator is about to vacate the couch he has occupied for four months, and in some ways, the letter is an apology and an explanation for what brought him to the couch in the first place. It focuses on the time he spent in Israel and the passionate affair that defined his experience there.

The narrator first arrives in Israel a little over a year before the letter is written, seemingly running away from his graduate studies. He immediately applies for citizenship and disappears into Tel Aviv. He makes a few friends and enjoys the sexual freedom and party life he finds there. But the life he is building is derailed when he meets Uzi ‘the Spice Guy.’

The narrator takes a day trip with a few friends, and they visit a famous spice shop. When he first arrives at Uzi’s store, the narrator is drawn to the spices squeezed in every aisle.

“Something about that cumin beckoned to me,” he writes. “I wanted to sniff it right into my nose. For a very long minute I just stood there bent almost in half, my hands behind my back, the tip of my nose nearly touching the hillock of yellow cumin.”

The narrator is drawn to the ‘Spice Guy’ in the same manner that he is drawn to the cumin: “… his smell was meaty, truly pungent and ripe. I was drawing it in through my nostrils and holding it there, letting it shoot straight into my limbic system, that ancient part of the brain where memory and emotion and lust and smell get entangled.” But, unlike with the cumin, the narrator is unable to keep his hands to himself.

With barely any words exchanged, the two have sex, and the narrator follows Uzi home, leaving his friends behind and diving into a world he knows little about. Fallenberg’s writing never flinches away from the sexuality of his characters. While both men have bisexual tendencies, the only on-the-page sex scenes happen between men. The sex scenes are graphic, using that gratuitousness to dig into the psyche of the characters.

As an outsider, the narrator is quick to claim his place in Uzi’s life. He makes himself valuable in more ways than just as a sexual partner, befriending Uzi’s ex-wife and children and working to grow Uzi’s business.

The turning point for the narrator is when Uzi’s ex-wife points to the male entitlement that led to the end of their marriage. “My cheeks were on fire and I knew she could see it,” he writes. “Entitlement was familiar to me – I’d grown up in Beverly Hills, after all, and have probably acted a bit entitled myself on occasion – but suddenly realizing that that was what I was facing, that I was on the receiving end of it, hit me hard, and I didn’t want her to know just how precisely she’d named the malady that was plaguing me as well.” He begins to see his relationship as defined by Uzi’s wants, and is suddenly awakened to something he hadn’t previously seen: “[Uzi’s] sense of entitlement that let him plow his way into my body whether I felt like it or not, his sense of entitlement that caused him to make business decisions that were good for him but no one else. The list was growing longer as I sat in a state of mute realization.”

The narrator is simultaneously aware of the pecking order and blind to his own place in it. Fallenberg deftly exposes the gendered dynamics at play in these relationships: while Uzi’s ex-wife sees the entitlement and leaves, the narrator himself feels entitled to more. He must get his due.

As the rest of the novel unfolds, Fallenberg explores gender and class and the very nature of power and fact. How much should readers trust this unnamed narrator? He is an outsider in Uzi’s world, not always conscious of the power he wields. In many ways, he is ignorant of the dynamics at play between the Israeli-Jewish Uzi and the Arab-Muslim men he employs.

As the narrator explains: “You must read on, Adam, there can be no turning back. And I must describe for you, at this important moment in my story, quite precisely what transpired and how it transpired and, if I am able, what it all meant. And while you may form your own opinion, eventually, you must assemble these facts that I am handing you like tools in a toolbox, you must lay them in their proper places, line them up until they are there and you can make sense of them all.” It is with this mindset that Fallenberg approaches sex, leaving everything on the page for readers to make sense of on their own. 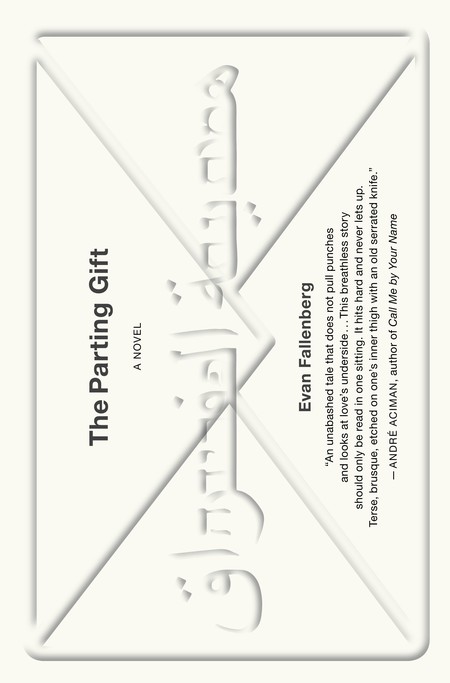 'The Parting Gift' by Evan Fallenberg | © Other Press
Give us feedback