The Most Spectacular Places to Cycle in Israel 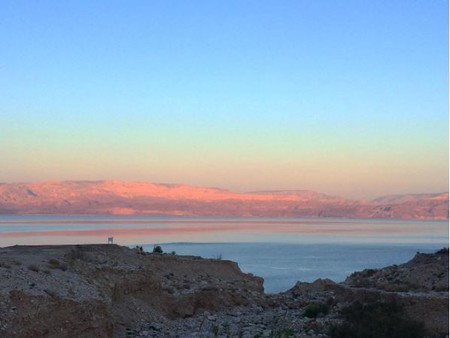 The Dead Sea and the mountains of Jordan. Photo: Becca Gomby

Israel has some of the most beautiful landscapes all captured within a small sliver of land. Sure you can grab some friends and get ready for a conventional road trip, (in fact, we recommend that you do), but if you’re feeling slightly more adventurous, grab your bike and get ready to hit the road! There are some truly spectacular sights to take in while on two-wheels.

There are an abundance of trails throughout the Golan Heights, varying in difficulty level, for those just starting out to cyclists with more experience. The Golan Trails meander through the hillside terrain and combine exquisite views with challenging cycling.

From the Slopes of the Hermon to Ein Zivan

A trail beginning at Nimrod’s Fortress and ending at the entrance to Kibbutz Ein Zivan, features beautiful views of Birkat Ram, Odem Mountain, and a great view of Mount Bantel over the course of the 33 kilometer ride.

Mountain Biking at the Hermon

Mount Hermon, Israel’s highest peak, has a Bike Park during the summer months to allow mountain bikers to explore the region. The park features three different tracks, ranging in skill level. The “all mountain” track brings riders about 4.5 kilometers from the summit of the mountain, to an altitude of 2,040 meters. The park does have an entrance fee, so make sure to check the website for specific details and hours. 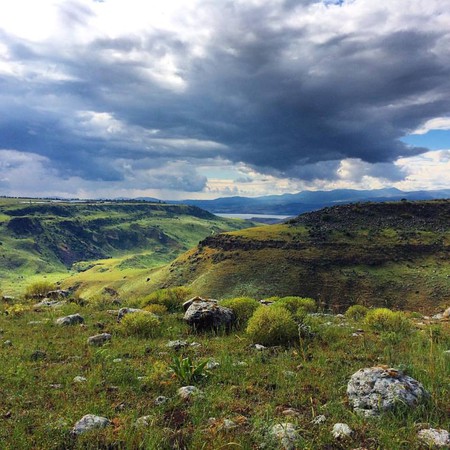 The Sea of Galilee

The Sea of Galilee, known colloquially as the Kinneret, is a freshwater lake in the northeast of the country, nestled between the Golan Heights and Galilee Region. Thanks to the development of the Kinneret Trail, (which is still being expanded and built), visitors can circle the Kinneret and take in amazing natural beauty and archaeological sites along the way. The trail aims to connect all points of interest in the area, connecting to the existing trails that are popular in the region. The area of the Kinneret includes sites of religious import (including the site where Jesus Christ is said to have walked on water), with the unique wildlife and beauty of the region, while providing beach access to the local spots along the lake. A visit to the Kinneret while in Israel, is a must! 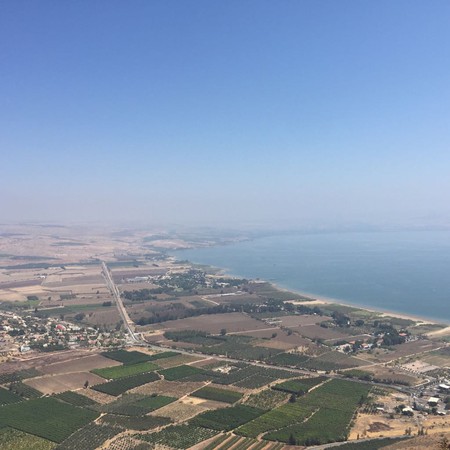 From Tel Aviv-Yafo to Herzliya

Not only can you ride your bike throughout both Tel Aviv and Yafo, (the roads even have devoted bike lanes), at all times of day, but hop over to the coastline of the city, and find the tayelet (boardwalk). If you’re interested in a longer route with a great sea-breeze, ride along the coastline from the very southern-most tip of Yafo, all the way into the heart of Herzliya. The paved bike lanes along the coast offer great views of all of the beaches Yafo, Tel Aviv, and Herzliya have to offer. The scenery is beautiful, there’s great people watching, and it is a long enough ride that you’ll be ready to jump into the sea for a quick dip and cool-down at the end of the trail.

Into the Judean Desert

Not far from the city of Jerusalem, there is a trail called דרך הסוכר (Derech Hasucar), or the Sugar Road. This trail is an ancient path that once connected Jericho and Jerusalem and was used among other things, to transport sugar produced from sugar cane, between the two cities. The road was probably developed during the Byzantine and Mamluk periods, and features some of the most amazing beauty the country has to offer. The fairly technical trail has incredible views of the Dead Sea and allows you to enjoy the quiet isolation of the desert. 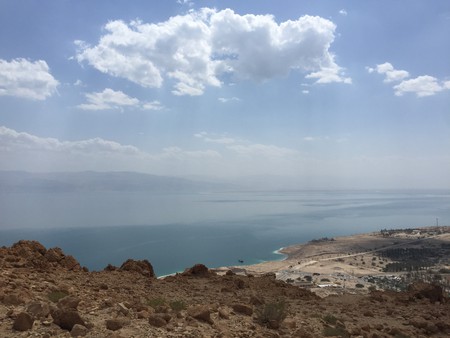 The Negev (the desert region covering more than half of Israel), boasts some incredible biking trails. In recent years, bike trails have grown increasingly more popular with active cyclists in the region, and trails can be enjoyed along varied terrain.

If you’re in the south, be sure to visit the Makhtesh (Crater) Ramon. The Makhteshim (plural of Makhtesh), are naturally occurring erosion craters. This unique phenomenon occurs in only select sites around the world, and the universal geological term for the basin-like formations, is indeed Makhtesh. If you follow the נחל חווה עליון (Nahal Hava Elyon) trail, you will be able to descend along the southern region of the stream and eventually bike along the edge of the cliffs of the makhteshim. 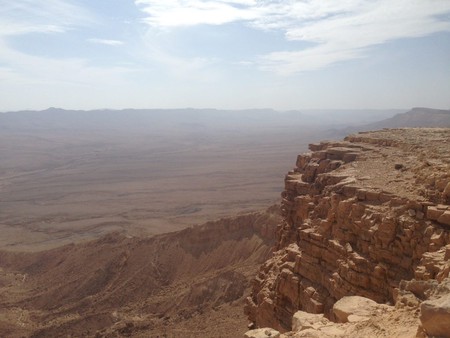 Adjacent to Kibbutz Be’eri, in the Western Negev, there are some of the most beautiful and famous bike paths in Israel. The routes vary in difficulty and length, but all traverse equally picturesque sites. The landscape is ranges between woodlands, gullies, and archaeological sites that extend into the horizon. The region is especially beautiful during the דרום אדום (“Darom Adom,” Scarlet South) festival that occurs each year (late winter – end of January), during the blossoming of the red anemones. 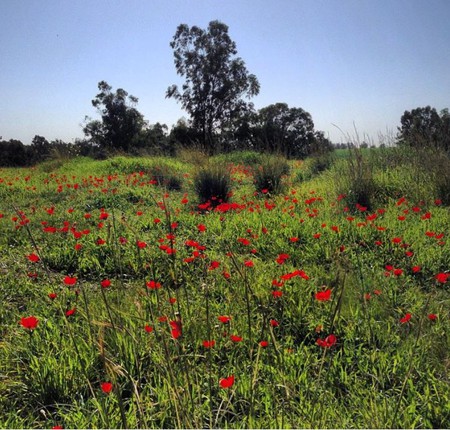