The Legacy of Bauhaus in Tel Aviv’s White City

Bauhaus architecture in Tel Aviv, which has been made a Unesco World Heritage Site | © Eli Gorezano/REX/Shutterstock

The story of how a German school of design came to define Tel Aviv’s landscape involves persecution, visionary architects and a perfectly suited, avant-garde ideology. 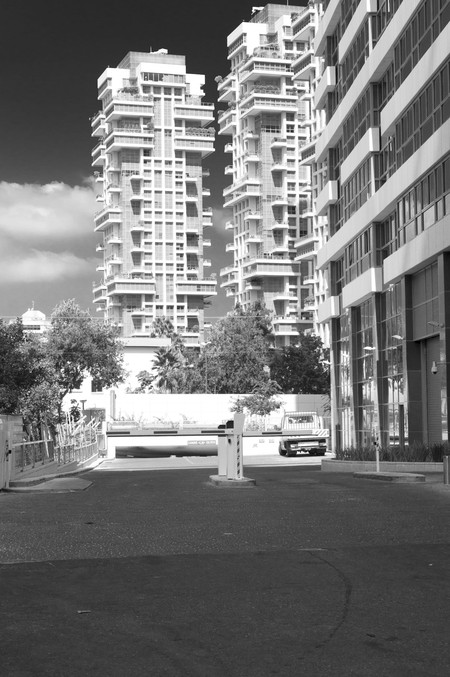 A mixture of sun-worn structures and stunning restorations, the 4,000 Bauhaus buildings scattered across Tel Aviv’s White City have turned it into a living museum. With their eye-catching asymmetry, long and thin stairwell windows and curved balconies, they epitomise an architectural style characterised by functionality.

Bauhaus, also known as International Style, was the 20th century’s most influential school of art, architecture and design. Founded by Walter Gropius in 1919, the German institution bridged the gap between the applied and fine arts, making way for a new generation of aesthetic, functional design. 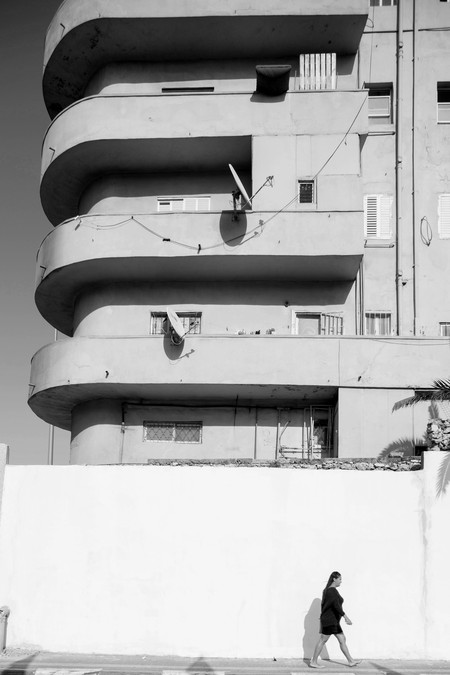 With its programme declaring there is “no essential difference between the artist and the craftsman”, the Bauhaus school taught art holistically, recognising “sculpture, painting, handicrafts and crafts as inseparable components of a new architecture”.

The concept was simple, but transformative. Bauhaus spurred a new design movement where form followed function. International Style houses were stripped down of any unnecessary decorations: every element of a building had a purpose, and there was a simple beauty to the design. Michal Minsky, a Bauhaus historian in Tel Aviv, says the Bauhaus architects “believed this style should fit any place, time and society”.

The simplicity of International Style meant that new designs were easy to reproduce. Taught with industrialisation in mind, Bauhaus was fit for mass production, and enabled the construction of affordable public housing for the rising working class in Germany – a crucial factor behind its eventual proliferation in Palestine. 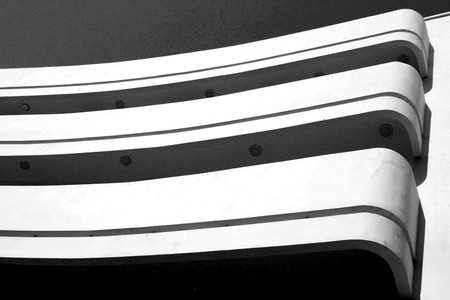 Though the teachings of Bauhaus remain relevant to this day, the institution itself was short-lived. Open for just 14 years, the school was forced to shut down in 1933 after pressure from the Nazi regime that ruled Germany.

Following the closure of the school, and due to increasing antisemitism in Germany and across the rest of Europe, a handful of Bauhaus-trained Jewish architects fled to the British Mandate of Palestine. 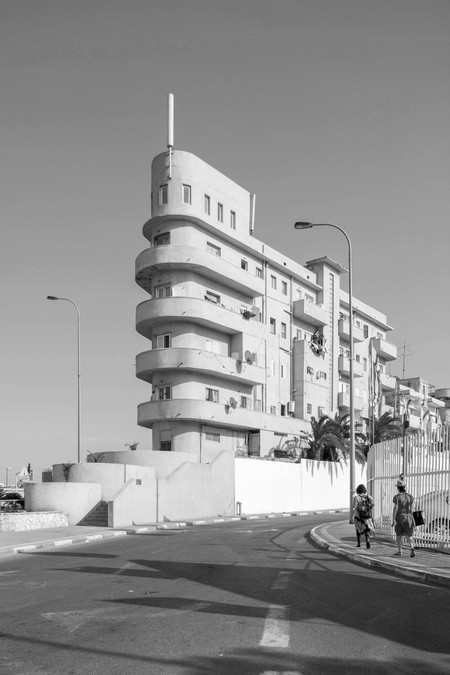 Thousands of Jews, predominantly from Eastern Europe, settled in Tel Aviv, then a suburb of Jaffa. Founded in 1909, the now-city was sparsely housed in the 1920s, but its population increased rapidly, numbering 46,000 residents by 1931.

An urgent need for housing arose, and Tel Aviv proved a blank slate for the avant-garde architects to work on large-scale projects.

Arieh Sharon, Shmuel Mistechkin, Shlomo Bernstein and their fellow Bauhaus graduates were responsible for the construction of some 4,000 buildings between 1932 and 1948, the year Israel was established. 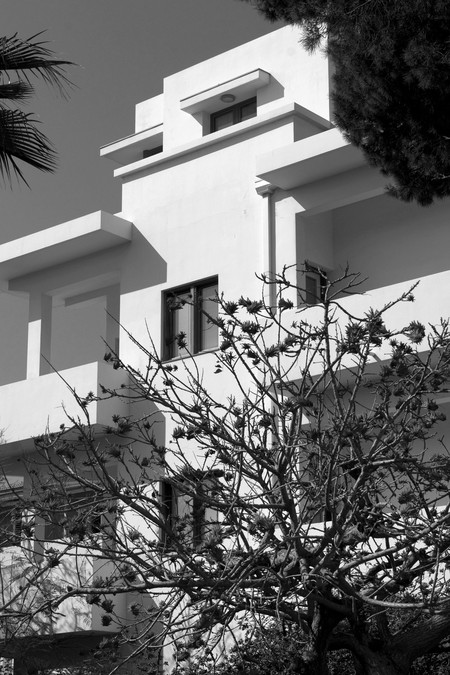 Trained in Germany, they faced the challenge of adapting their designs to Middle Eastern conditions, including harsh sunlight that was in complete contrast to the climate in Northern Europe.

A new, uniquely Tel Avivian style emerged: small windows to minimise glare and concentrate the amount of sunlight into stairways to preserve electricity. Wind from the sea was trapped in ventilation shafts, and pillars raised the buildings to allow the wind to circulate underneath, cooling the apartments.

Other distinctive features include the now-iconic long, narrow balconies that provide shade to the houses below, and flat roofs that serve as social spaces in the cooler evenings. 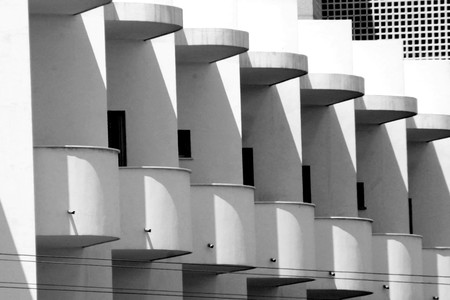 In the decades following their construction, many of the Bauhaus buildings fell into disrepair. The main reason for this, Minsky says, is that they were private buildings and, for many owners, the maintenance expenses were too high. Some of the original materials had been sourced from Germany and were hard to replace, so the buildings became run-down, their balconies decaying in the Mediterranean sun.

It wasn’t until 1991 that a conservation team was set up to preserve them, though these efforts only reached the mainstream consciousness in 1996, when the World Monuments Watch declared Tel Aviv’s ‘White City’ – its Bauhaus-designed district – an endangered site due to the building damage. 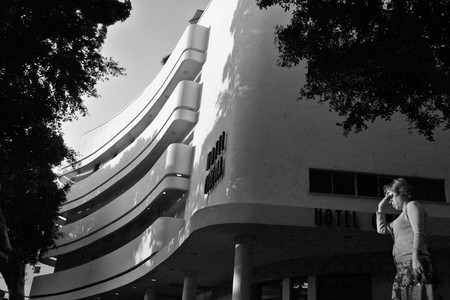 The Tel Aviv-Jaffa municipality subsequently poured funding into the reparation of the buildings and established a database to better monitor their conservation.

Soon after, in 2003, UNESCO declared the White City a World Cultural Heritage site, recognising Tel Aviv as an example of large-scale urban planning and architectural excellence.

The move inspired a wave of new projects, including brand-new buildings and restoration initiatives such as The Poli House, an original 1933 housing commission near Carmel Market that was redeveloped as a popular boutique hotel in 2016.

In 2015, the German government provided €2.8 million (£2.5 million) in funding to restore the buildings that were inspired by the local Bauhaus academy. The funding also went towards the development of Max-Liebling House, a heritage centre that provides a creative planning space for designers and architects to develop Bauhaus restoration projects across the city. 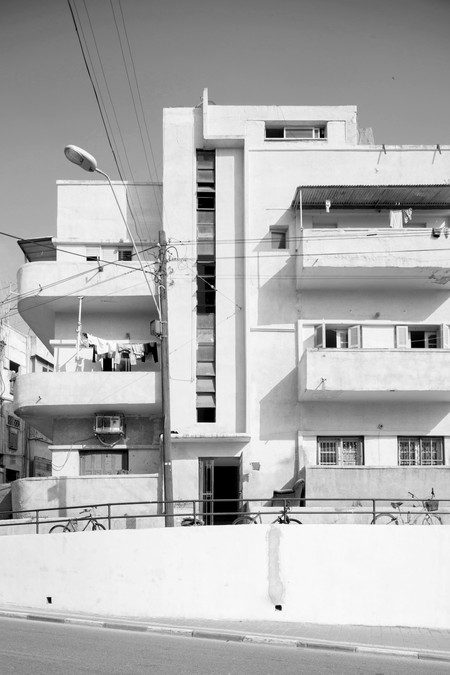 Where to explore Bauhaus in Tel Aviv

The best area to explore Bauhaus architecture is the Lev Ha’ir neighbourhood in the heart of the city. Begin on the Habima Square side of Rothschild Boulevard, the first official street established in Tel Aviv. The central avenue, lined with trees and café kiosks, is a good place to observe the contrast between worn-out Bauhaus buildings and stunning restorations, as is Ahad Ha’am Street, which runs parallel.

After this, make your way through the charming residential backstreets in the direction of Carmel Market – around 15 minutes on foot – and turn onto Bialik Street. Here you’ll find an array of architectural styles and landmarks; for a classic Bauhaus building, check out number 18.

For tours, the Bauhaus Centre and The Local come recommended, and for a unique piece of memorabilia head to The Photohouse, where you’ll find a stunning collection of archival photos of Tel Aviv in its early years. 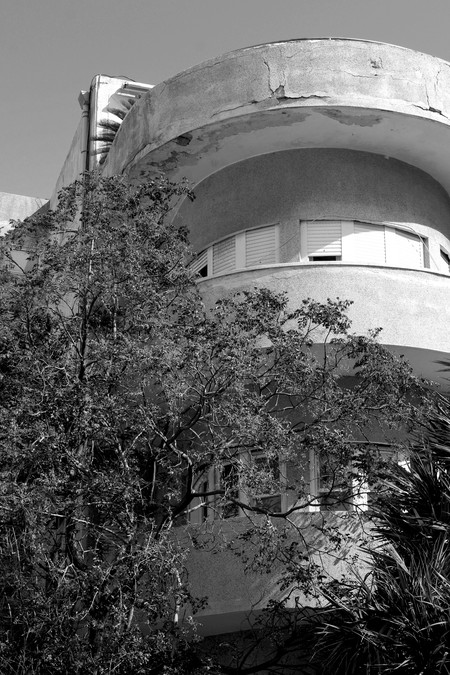