Ofra Haza, The 'Israeli Madonna': 11 Songs You Need To Know 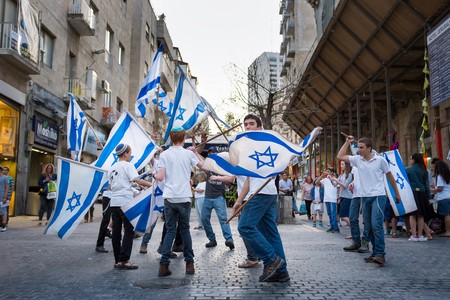 In the lead up to International Women’s Day, we honor and celebrate iconic women who left an indelible mark in the hearts of Israelis and the world over. Ofra Haza, who at one point was Israel’s top pop recording artist, was born to a poverty stricken family, and, as the youngest of nine, she rose to fame as a singer and actress. In addition to releasing nearly 30 solo albums, she also represented Israel in the Eurovision Song Contest in 1983 and sang on the Prince of Egypt soundtrack. Haza, also known as the “Israeli Madonna,” sadly passed away in 2000, but her music remains, leaving her haunting and soulful sound for generations to discover. Here are just 11 of the many Ofra Haza songs you should know about.

Im Nin’ Alu (If the doors are locked)

In 1994, Ofra Haza released her first Hebrew album in seven years, Kol Haneshama (The Whole Soul). This beautiful and haunting single appears on the album.

Another track that appears on Ofra Haza’s 1984 album ‘Yemenite Songs’. The album was recorded with both traditional and modern musical instruments; wooden and metal percussion, Yemenite tin and tambala, strings, brass and woodwind as well as drum machines and synthesizers. The songs are sung in Hebrew with a Yemenite dialect and in Arabic.

Leorech Hayam (Along the Sea)

Leorech Hayam is another extremely successful track that features on Ofra Haza’s Kol Ha’neshama album. It’s most famous for being sung live by Ofra at the memorial of former Prime Minister Yitzchak Rabin.

At the Eurovision Song Contest, in 1983 Ofra came in a close second to the Luxembourg entry with the song “Chai” (Alive). Her first platinum album, “Chai”, released in 1983, became her biggest-selling album to date, and the title track was voted the No. 1 song of the year.

Her first album, entitled Al Ahavot Shelanu (About Our Loves), was released in 1980 and yielded a string of popular radio hits, and what ultimately became her signature song in Israel, Shir Ha’frecha (The Bimbo Song) which was written for the film Schlager (1979) in which Haza played a leading role.

Kmo Tzipor (Like A Bird) was another hit on her first album, Al Ahavot Shelanu (About Our Loves).

A popular song of Ofra Haza, this beautiful love song includes the lyrics;

One of the more well-known songs from Ofra Haza’s album ‘Desert Wind’. She performed this song live in several concerts, and in one of the best known, a jazz festival, where she had the audience sing along.