The History of the Dizengoff Center in Tel Aviv 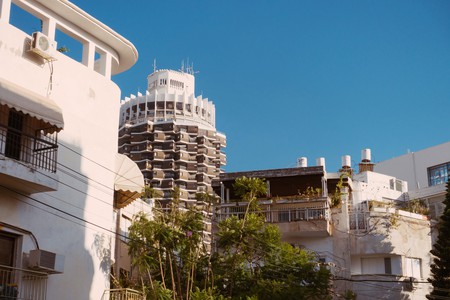 Israel’s first shopping mall, Tel Aviv’s Dizengoff Center, is home to hundreds of stores, a bi-weekly food fair, a rooftop sustainability hub, a cinema, and so much more. Due to its unique labyrinthine-like design and its ongoing appeal to the residents of Tel Aviv, it has been a city icon for the past four decades. The 30,000 sq metre Dizengoff Center was named after the city’s first mayor – Meir Dizengoff. The urban environment of the city inspired its head architect to design a metropolis-like complex, where friends and family could get together. Since opening in 1977, the popular shopping centre has become known for its inclusivity, its mix of local stores and international brands, and the special events and activities it hosts. 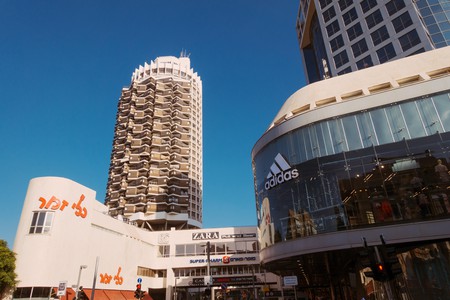 A brief history of Dizengoff Center

The building is located a short walk from two main locations in Tel Aviv: Habima National Theatre and Dizengoff Square, the latter was the centre of the city’s leisure life up until the late 1970s. It was constructed in Nordia – a neighbourhood in 1920s Tel Aviv – on land previously owned by an Arab family. For several decades, Jewish-Israeli inhabitants occupied the land, but in 1970, after an ongoing negotiation between the municipality and the community of Nordia, a settlement was reached. The families were relocated and the land was sold to Israeli businessman Arieh Piltz (whose family co-owns the property to this day), and a French investor. Together, they conceived a daring plan to create a commercial site in the middle of the city – what would be Israel’s first mall. Construction started in 1972, and by 1977 the first shop, a big department store, opened its doors.

Over the years, as more vendors set up shops, the mall introduced a new shopping experience for Israelis. Today it houses more than 400 businesses and attracts nearly one million shoppers per month. Dogs are now also welcome since the mall’s management enabled visitors to enter with their four-legged friends several years ago. Alon Piltz, the mall’s co-owner and CEO, considers this one of many efforts towards “fitting our space to shoppers’ needs and habits”. In his mind, Dizengoff Center is a “liberal, socially oriented business” that quickly embraces both global and local trends. 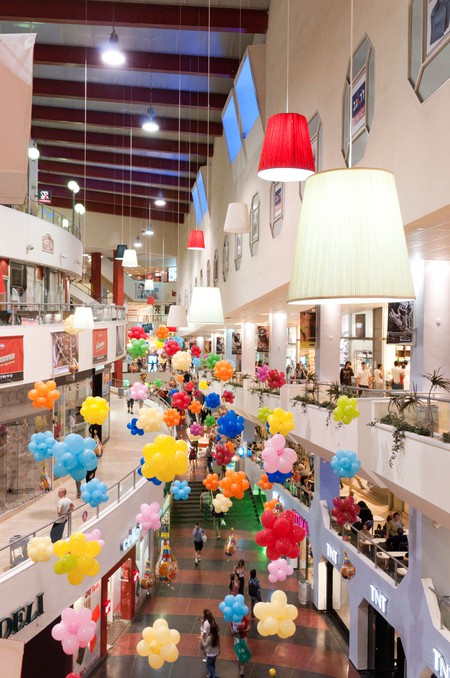 With the site’s acquisition in 1970, the architectural design of this monumental shopping centre was overseen by Israeli architect Aliza Toledo, who lived near Nordia during that time. Inspired by Tel Aviv’s urban layout, she designed a complex that would function as a ‘city within a city’. “I noticed the streets near the site where not completely straight but rather had a slight slope. I wanted the passages in the building to mimic that,” says Toledo, who together with architect Yitzhak Yashar – who joined the project in 1974 – won the Rokach Prize for Architecture in 1983. The original site was separated by the main Dizengoff Street, and Toledo’s plan was to avoid blocking it. She therefore offered two separate buildings, “A” and the smaller “B”, which were to be connected via two bridges and two underground passages. This way, the buildings “maintain a flow with the urban plan of Tel Aviv and integrate with its streets.” Today, she considers Dizengoff Center her life’s work, and is pleased with its success: “When my friends tell me they are having coffee at the mall, it fills me with happiness. This is what I wanted it to be – a place where people can meet each other.” 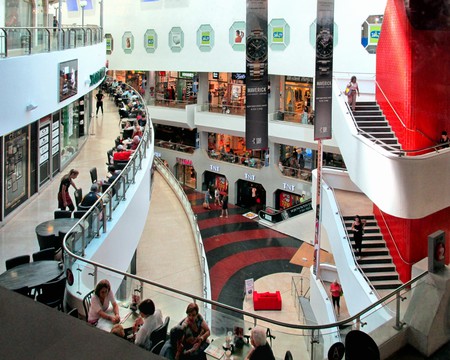 However, many find the mall’s architecture confusing and disorienting. “I understand the criticism, but my intention was to give visitors a sense of strolling around, like inside a city,” Toledo points out. Nevertheless, management acknowledged the difficulties visitors had orienting themselves inside the shopping centre, and so launched a special navigation app called EasyDizi.

Things to do in Dizengoff Center

Even during the age of online shopping, Dizengoff Center’s huge variety of shops guarantees its ongoing appeal. Inside, visitors can find popular Israeli clothing stores such as Yanga and Castro, cafés, a cinema, a 24-hour gym with a rooftop pool, eight tattoo parlours, a comic book shop and even adult toy stores. This variety also attracts non-mainstream crowds over the years. “For big communities like the LGBTQ, or smaller ones – comics enthusiasts, tattoo lovers, etc – Dizengoff Center has been a home since the beginning of the 1990s,” explains Piltz. He points out the rather niche store, Fairy Forest, where shoppers can buy jewellery, crystals and statuettes of fantastic creatures all in a forest-like setting. It’s a business which appeals to Tel Aviv’s community of fantasy-lovers. 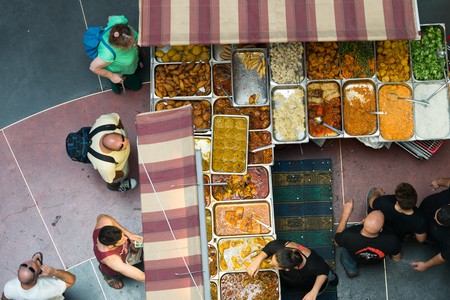 The mall also offers events and activities. Gardening and ecology lovers can head to the rooftop sustainability hub, which includes a hydroponic greenhouse, bio-dynamic beehives and a surrounding view of the Tel Aviv skyscrapers. An urban farming workshop, which teaches participants the basics of urban hydroponic gardening, is also on offer. On the first floor, a food fair takes place during Thursdays and Fridays. Bringing together dozens of home-cooked food stands, the fair has great options for a moderately priced lunch. Particularly worthy of a try are the bourekas (Middle Eastern phyllo pastries) and halva (a sweet made from processed sesame seeds and nuts).

More than 40 years after its opening, Dizengoff Center continues to attract new vendors and clientele. Adika, an Israeli shopping website which appeals to young women, opened a three-level store in the centre in 2017. “We wanted to set up shop in a strategic, central location in Tel Aviv,” says Maya Carmeli, Adika’s head of product. “As Dizengoff Center’s agenda matches ours, it seemed like a perfect location for us to launch our flagship store.” Since its opening, the store has collaborated with the centre’s management in order to create special events for customers. One of them was a treasure hunt set across the mall, “we took advantage of the location’s unique architecture and placed QR codes in hidden areas. Shoppers who found the QRs scanned them and won coupons to use in store,” Carmeli explains. 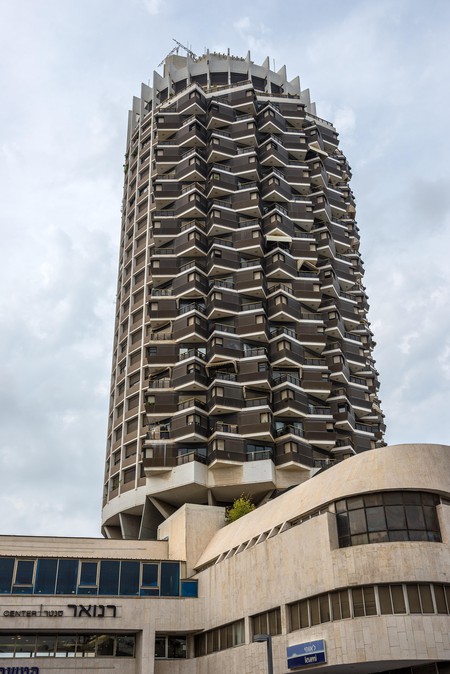 The Dizengoff Center Shopping Mall is located in a busy central location in Tel Aviv, a short walk from the Habima National Theatre and Dizengoff Square | © kpzfoto / Alamy Stock Photo
Give us feedback