The Histories, Origins and Cultures of Israel’s Jewish Community 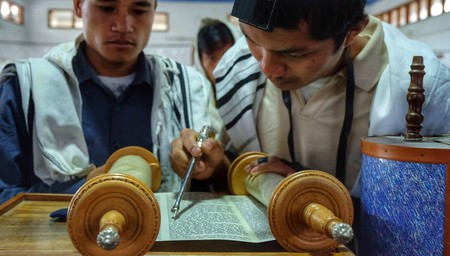 Israel’s Jewish population is hugely diverse with its citizens hailing from all corners of the world. The different histories, customs and cuisines they brought with them are what make the country the incredible, ethnically diverse place it is.

Focusing on the largest ethnic groups within the Jewish majority (estimated to be more than 6.5 million in 2018), Culture Trip takes a look at their rich histories and cultures.

Ashkenazi Jews originate from Central and Eastern Europe, and their communities are scattered around the world. Spearheading modern Zionism (the belief that Jewish people have a right to their own sovereign land), one of the earliest Ashkenazi Jewish settlements, Zichron Yaakov, was founded in 1882 in Palestine. In the decades between the late 19th century and World War II, several waves of European Jewry began arriving in Palestine (this immigration is known as ‘aliyot’ in Hebrew), fleeing rising anti-Semitism. Notable Ashkenazi Jews in Israel include the first prime minister, David Ben-Gurion, architects Yehuda Magidovitch and Arieh Sharon and Israel’s national poet, Haim Bialik. 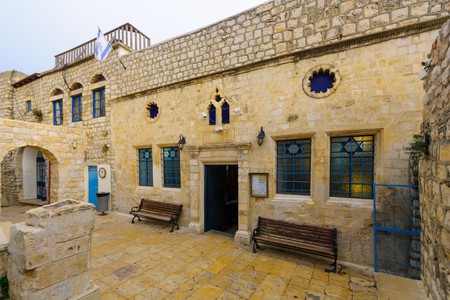 In contemporary Israel, the cuisine and customs that once defined Ashkenazi life in Europe have been only partly preserved. Traditional Ashkenazi cuisine such as gefilte fish and cholent, a rich, slow-cooked stew, have made way for Levantine dishes like hummus and falafel. Yiddish, the historical language of Ashkenazi Jews that combines German, Hebrew and Slavic words, was replaced amid the revival of Hebrew as the national language. Only in Orthodox Haredi communities has this culture been strictly preserved. To hear Yiddish and eat the best Ashkenazi food, head to Bnei Brak, a suburb of Tel Aviv, or Mea She’arim in Jerusalem. 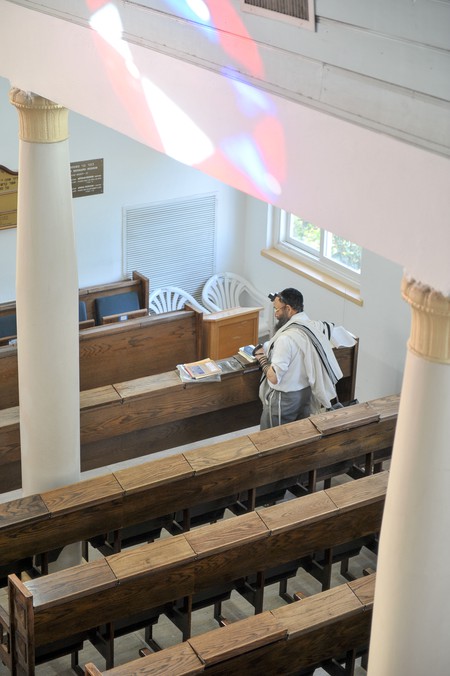 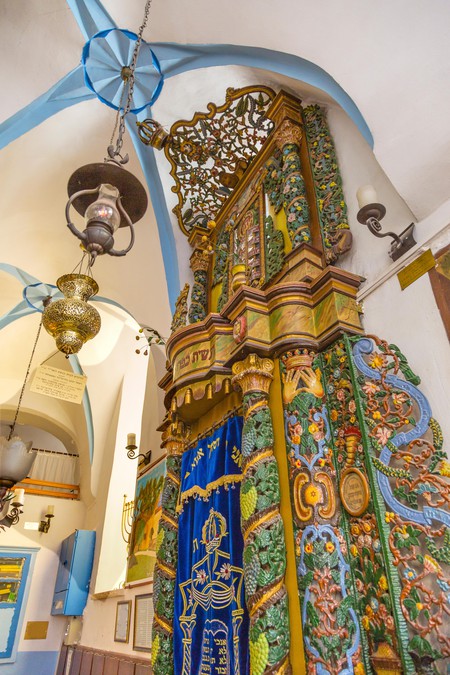 The population statistic for the mizrahim (meaning ‘eastern’ in Hebrew) is often conflated with that of the Sephardic Jews. Together the two groups make up just over half of Israel’s Jewish population. The mizrahim are of Middle Eastern ancestry, from Kurds and Afghans to Syrians and Egyptians. Many arrived in the decades following the establishment of the state of Israel in 1948 having fled anti-Jewish violence in their homelands.

The Iraqi Jewish community is one of the oldest in the world, dating back more than 2,500 years to at least the sixth century BC. The catalyst for their mass immigration to Israel was the Farhud or “violent dispossession” of 1941, when riots against Jews broke out all over Baghdad. Anti-Jewish persecution and legislation continued for a decade, and in 1951 and 1952 some 130,000 Iraqi Jews were airlifted to Israel in what is known as Operation Ezra and Nehemiah.

Lily Shor, of the Babylonian Jewry Heritage Museum in Or Yehuda, Tel Aviv, fled Baghdad as a 14-year-old in 1971. She explains the recitation of the Haggadah – the Jewish text read in Judeo Arabic and Hebrew during the Passover holiday – as one way in which the community preserves its heritage in Israel. The survival of Judeo Arabic, a language spoken by Sephardi and Mizrahi Jews during the Middle Ages, depends on maintaining traditions such as this. Iraqi influence can also be found in contemporary Israeli culture, from Dudu Tassa, a popular Mizrahi rock musician who performs around the world in Iraqi Arabic, to sabich, a beloved Israeli street-food dish. 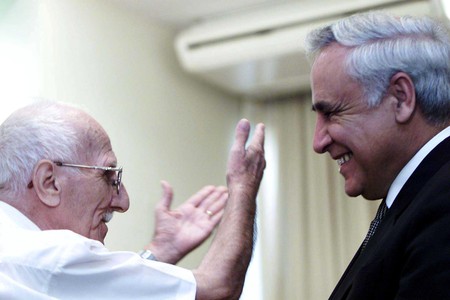 A large component of Israel’s Mizrahi community are the Yemenites. Small numbers migrated to Palestine in the early 1900s, and a Yemenite Quarter was established in Tel Aviv in 1904. Mass immigration began in 1949, the year after Israel’s establishment, with Israel airlifting thousands in a mission called Operation Magic Carpet. Since then, Yemenite Jews have enriched Israel with their culture, which has not only been preserved but is flourishing especially around their traditional food. Distinctive cuisine includes jachnoon, a doughy, savoury roll traditionally served on Shabbat morning; kubaneh, a kind of bread; and melawach, a filled savoury pancake. Zhug, a red or green spicy sauce, is ubiquitous in restaurants throughout Israel. The most distinctive and best-preserved tradition, which is common in other Mizrahi communities, is the colourful henna ceremony (hina in Hebrew), a joyous and colourful event that takes place before weddings. 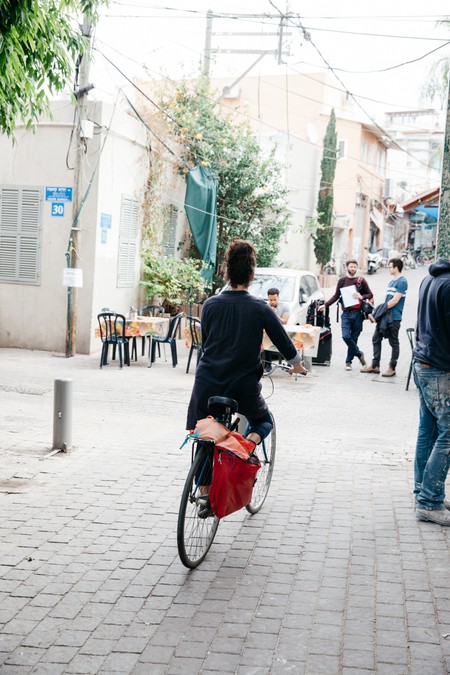 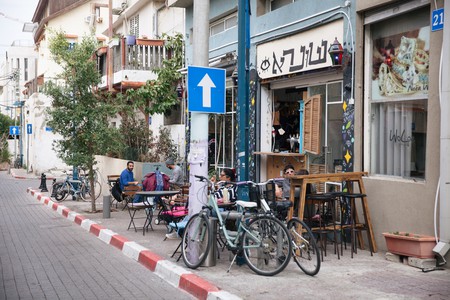 Like Iraq’s, Iran’s Jewish community is one of the oldest in the world, dating back to approximately 730 BC. Mass emigration to Israel began shortly after 1948, followed by another wave that followed the Islamic Revolution in 1979. Today, roughly 250,000 Jews of Persian descent call Israel their home, with 20,000 remaining in Iran, mainly in Tehran. In Israel the largest population of Persian Jews lives in Holon, south of Tel Aviv. One of the most notable Iranian-Israeli Jews is former president Moshe Katsav.

In a community that communicates exclusively in Hebrew and has lost some naming traditions throughout the decades since their arrival, the best-preserved element of Iranian Jewish culture in Israel is undoubtedly the cuisine. A traditional Jewish-Persian dish is gundi, a dumpling filled with chicken and chickpeas, spiced with cardamom and turmeric and typically enjoyed during Shabbat dinners. Unlike Ashkenazi Jews, Iranians (and other mizrahim) eat rice during the Jewish holiday of Passover – a well-known divide in the Jewish world.

Purim, with its historical origins in Persia, is also a closely celebrated tradition within the Iranian Jewish community, although private family events tend to take precedence over public displays of elaborate costumes, as is common in other Jewish communities. 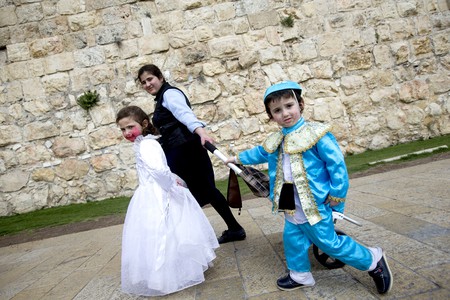 The word Sephardi derives from the Hebrew word for Spain, spherad, and refers to Jews whose ancestors came from Medieval Spain and Portugal. Following their expulsion in 1492, thousands of Spanish Jews resettled in North African countries including Morocco, Tunisia, Algeria and Libya, joining the indigenous Jews already in these states. The Sephardi diaspora also made its way to other countries, including Turkey, Bulgaria and Greece. The rise of Zionism and anti-Semitic persecution both before and after Israel’s establishment led most Sephardic Jews in North Africa to immigrate to Israel in the late 1940s and 1950s. 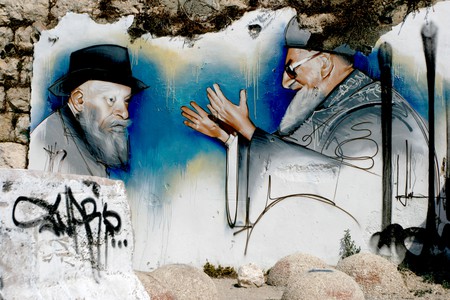 Hen Mazzig, an Israeli writer whose family hails from Tunisia, laments the lack of interest among the younger generation of Israeli Sephardim in their cultural heritage. “Both of my grandparents spoke Thamazight (a dialect spoken by Berbers indigenous to North Africa), and I don’t. Their stories about Jewish life in Djerba were never fully documented.” He adds that “some young Mizrahim and Sephardim like myself took it upon themselves to try to revive the Jewish Middle Eastern and North African culture and heritage, but it will never be as whole and rich as our grandparents and parents knew it.” 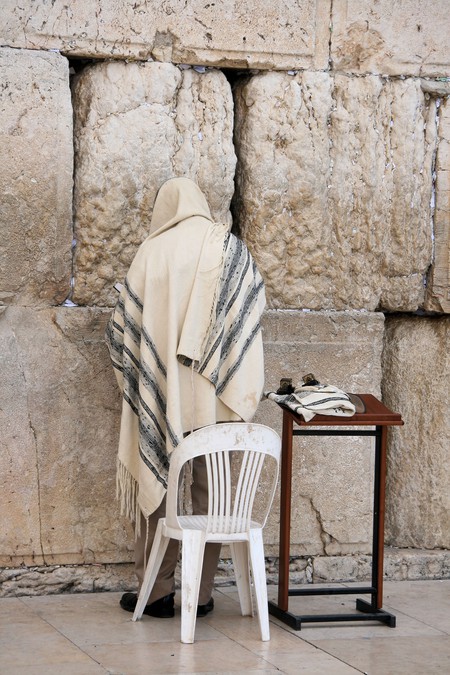 Despite this, two colourful traditions continue to be preserved. The first, mimouna, is a popular annual celebration in Israel that celebrates the end of Passover with parties, outdoor picnics and an abundance of sweets, such as mufleta, and with the wearing of colourful traditional clothing. The second is henna, which is similar to the mizrahim celebration. A distinctive characteristic of Sephardi culture is Ladino, a Judeo-Spanish language that borrows words from Hebrew, Arabic and Portuguese and fuses them with Medieval Spanish. Today, the language is under threat of extinction; however, efforts are being made to preserve its status. In 2018, the establishment of the Israeli National Academy for Ladino was announced, and Israeli singer Noam Vazana created the world’s first Ladino pop album, Andalusian Brew. 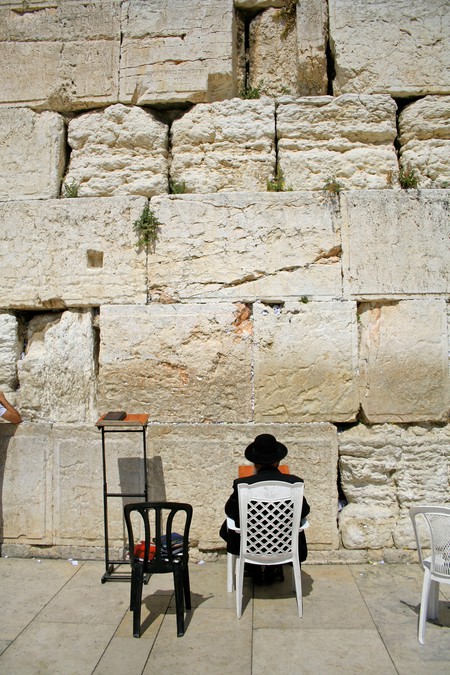 Over 140,000 Ethiopian Jews live in Israel, making up just under 2 percent of the entire population. Their ancestors, it is believed, left for Ethiopia sometime between the first and sixth centuries but retained their Jewish identity. For this reason they have unique holidays such as Sigd, a day of religious introspection that involves praying to God and celebrating the fulfilment of their centuries-old dream of returning to Zion. They arrived in Israel from the 1970s onwards, with more than 90,000 Ethiopians returning to their roots.

India is home to four Jewish communities: Cochin, Baghdadi, Bnei Menashe and Bene Israel (who make up the largest component of the Indian Jewish population). In the decades following Israeli independence in 1948, many made aliyah (the Hebrew term for Jewish immigration to Israel that literally means ‘going up’). Today, about 85,000 Jews of Indian descent live in Israel. 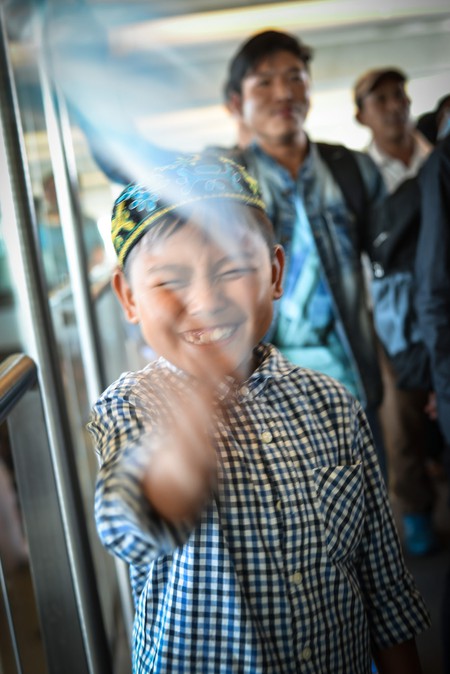 Just 1,000 people are said to have ancestors from this community in China’s Henan province. The roots of this community date as far back as the seventh century, when tradesmen from the Middle East settled in the region. The Jewish heritage of the region is virtually non-existent – their last synagogue was wiped out by floods a couple of centuries ago and they no longer recognise Hebrew as their unifying language. However, their identity has survived and, with the help of Shavei Israel, an organisation that helps reconnect ‘lost tribes’ of Jews around the world, some members of this tiny community have recently been repatriated to Israel. 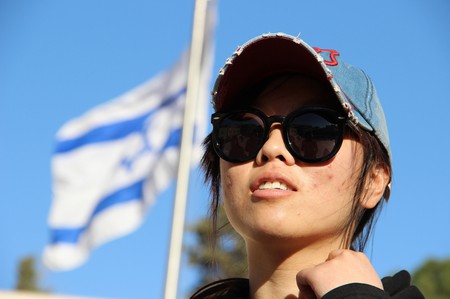 Kaifeng Jewish women arrive in Israel on aliyah with the help of Shavei Israel on February 29, 2016. Upon arrival at Ben Gurion Airport, after a short and meaningful ceremony, they were brought to Jerusalem and an emotional trip to the Western Wall. | © Laura Ben-David / Shavei Israel
Give us feedback