The Founding Fathers Of Tel Aviv 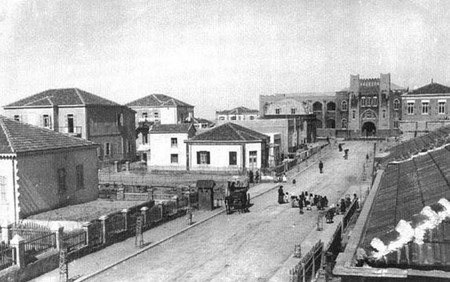 Tel Aviv is a metropolis with hundreds of thousands of people, modern skyscrapers, luxurious hotels and cafés at every step. However, the first settlers started to build the city less than a hundred years ago. Discover the names and stories behind the most influential architects and builders who helped erect this beautiful, historical city. 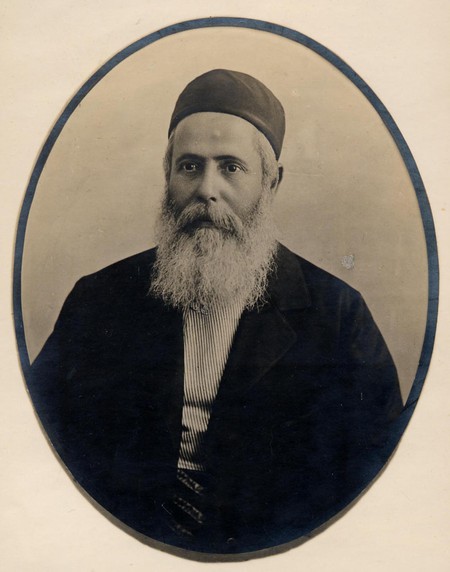 Aharon Chelouche came to Israel from Algeria in 1838 with his family. Aharon’s father, Avraam Chelouche, was the leader of the Jewish community in Jaffa. Aharon was sent to study in Jerusalem. After he returned to Jaffa, the young Chelouche started his business as a money changer and a jeweler. Aharon successfully established a school and synagogue in his house in 1867. By 1870, Chelouche started to buy land around Jaffa; not many were able to do this, as Turkish authorities forbid Jewish people to buy land. However, with the help of his social connections with Arabs, Aharon Chelouche bought a huge piece of land north of the ancient city. Later, the first Jewish district was founded by Aharon Chelouche in 1887. The name of this district is Neve Tzedek. The first house for a Jewish family to be built outside Jaffa was Aharon Chelouche’s house, and the building still stands today. 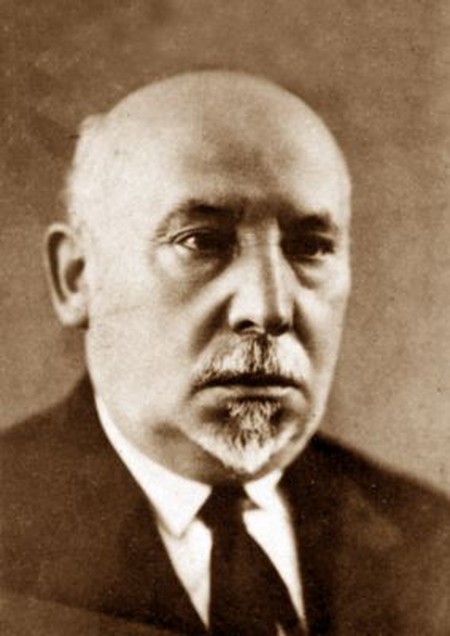 Akiva Aryeh Weiss was born in 1868 in Grodno, Belarus. In August of 1906, he arrived to the port of Jaffa and soon after he became influential in the Jewish community. It was Akiva who initiated the building society Boney Bait (‘The Stewards’). This society was able to buy land to the East from Neve Tzedek. This land, named Kerem Djebally, was divided into 66 pieces according to the number of members of Boney Bait. In order to avoid fraud, Akiva invented the ‘Seashell lottery’ to divide land among the people. He picked 66 white and 66 black seashells, wrote the names on one set of shells and numbers of lots on the others, and a ten-year-old boy picked one shell from each pile. This is the story of how Tel Aviv began — along the sea shore, written on the seashells on April 11th, 1909. Akiva Weiss’s house remains to this day. 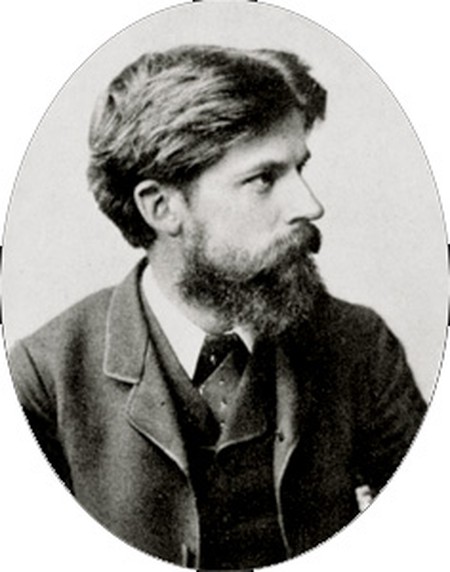 Sir Patrick Geddes — a Scottish town planner — came to Tel Aviv in the 1920s. Geddes was commissioned to create a master plan for Tel Aviv by Meir Dizengoff — the first mayor of Tel Aviv. Before his commission to plan the city, Patrick Geddes had worked on the Hebrew University in Jerusalem, and the Zionist Commission was impressed by his work. Patrick Geddes begun working on his city plan in 1925. His 62-page plan covered the area inside the Tel Aviv streets: Mapu, Bugrashov, and Ibn Gvirol — the Yarkon river and seashore. ‘Geddes Plan for Tel Aviv,’ which described four street types, including two major roads parallel to the shoreline, was accepted in 1929. Geddes did not prescribe an architectural style for the buildings, but the core of Tel Aviv was entirely built according to Geddes’s plan. 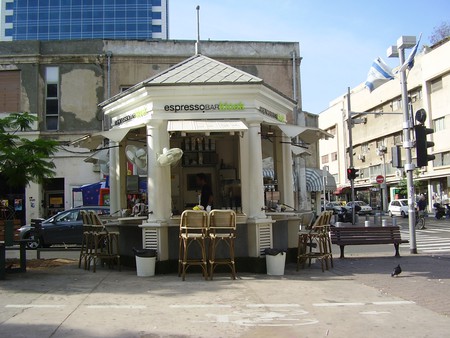 Joseph Barsky — an architect from Odessa, Ukraine, who studied at the Architectural College of Grekov Odessa Art school and the Saint Petersburg Imperial Academy of Art — came to Israel in 1907. Barsky was inspired by the description of Solomon’s temple and designed Herzliya Hebrew High School on Herzl Street and the first kiosk in Tel Aviv, situated in the middle of Rothschild Boulevard, between the Herzl and Nachlat Binyamin Streets. The kiosk was built in 1910, and the society Ahuzat Bait (‘homestead’) was given a special permission to sell non-alcoholic beverages in this small, six-corner building. Very quickly the kiosk became the most popular meeting point in the newly born city. 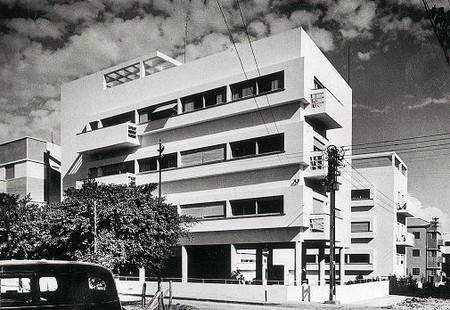 Zeev Rechter was born in Ukraine in 1899 under the name of Velvl (‘Veva’) Rechter. He came to Israel in 1919. During the sea trip, he met his future wife, Paula Zinger. Zeev studied architecture in Nikolaev, and his first job in Tel Aviv was working on the land that later became Allenby Street. In 1924, Zeev designed Beit Hakadim (‘The vase house’), on the corner of Nahalat Binyamin and Rambam Streets. In the 1920s, Rechter visited Rome and Paris to study architecture, and when he returned to Tel Aviv in 1930s, he launched his own architectural business. By the 1940s, Rechter had developed a number of projects in Tel Aviv and within Israel. Zeev Rechter greatly influenced the building process of Tel Aviv. He built Beit Engel on Rothschild Boulevard, and he also developed a plan for the Ma’oz Aviv district of Tel Aviv. It was Zeev Richter who became one of the three founding fathers of Israeli Architecture, together with Dov Karmi and Arieh Sharon. 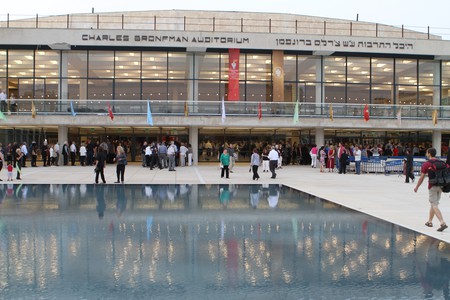 Dov Karmi was born in Odessa in 1905. After his emigration to Israel in 1921, Dov started his education in Jerusalem at the Bezalel School of Art and Craft. He became interested in architecture and left Jerusalem to finish his education in Belgium at Ghent University. After Dov Karmi returned to Tel Aviv in 1932, he started to work with Zeev Rechter. Karmi, whose style was modernist, designed more than hundred buildings in Tel Aviv, and his work greatly influenced Israeli architecture. Karmi was the first to win the Isra el Prize for Architecture in 1957. Both of his children, Ram and Ada, became notable architects who have also won prestigious awards in architecture. Two of the most well-known projects still exist: the Max-Liebling House on Idelson Street and the Charles Bronfman Auditorium — the home of Israel Philharmonic Orchestra. 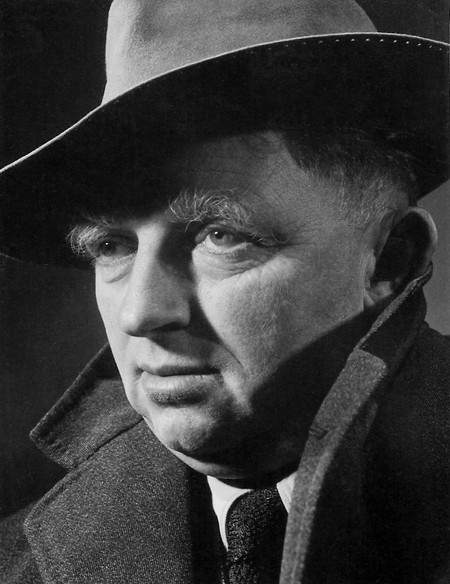 Arieh Sharon was born in 1900 in Poland. He arrived in Tel Aviv in 1920 and became one of the leading figures in Israeli architecture. Arieh, who was the head of the first master plan of the newly born state, constructed buildings all over Israel. Sharon studied at art school Bauhaus in Dessau, Germany, and at Vkhutenas Academy in Moscow, Russia. His teachers, the great Josef Albers and Hannes Meyer, influenced his style, forcing him to experiment with materials and think pragmatically. Bauhaus in style, Arieh Sharon worked in building medical structures. Thus, Wolfson Hospital and Ichilov Hospital were built according to Sharon’s concepts. Furthermore, Arieh Sharon built the Medical School of Tel Aviv University. He was also responsible for the Jewish Agency and Workers’ Bank headquarters. 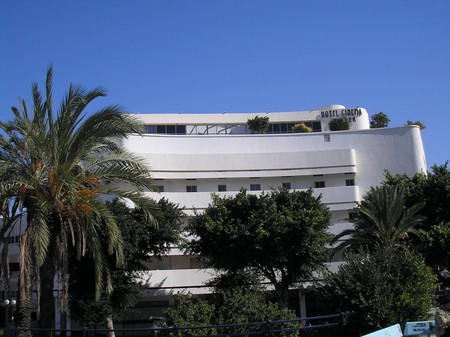 Yehuda Magidovitch from Ukraine was one of the most prolific Israeli architects. He was the first architect with a diploma to work in Tel Aviv in the 1920s. Magidovitch designed about 500 buildings in Tel Aviv, and more than 100 of them still exist today. The most well known are The Cinema Hotel, The Ben Nahum Hotel, and the Levine House. Most of buildings by Yehuda are hidden on Allenby Street and are hardly noticed by people passing by. Yehuda Magidovitch, who fought in World War I, had a great influence on the foundation of Tel Aviv, so he is considered to be the ‘cornerstone’ of the planning and construction of Tel Aviv. The works of Yehuda represent the history of Tel Aviv architecture from the eclectic style to the international Bauhaus style. 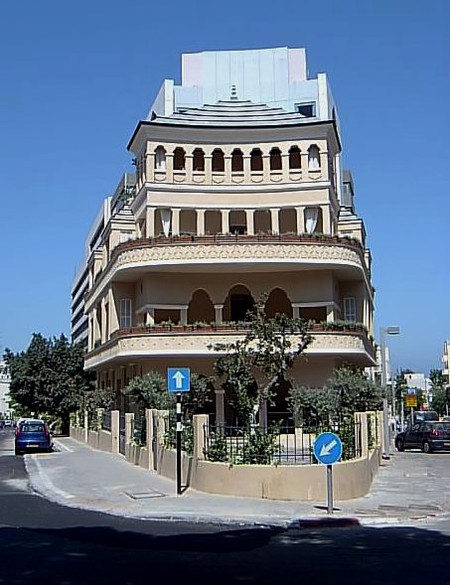 Alexander Levy was born in Berlin in 1883. Levy became interested in Zionism after studying architecture. In 1908, he offered his services to the director of the Palestine Office of the Zionist Organization in Jaffa. Before he came to Tel Aviv, Alexander had prepared four different housing plans for new immigrants, a project for the port of Jaffa, prototypes for residential units, and plans for hotels. Unfortunately, the difficult conditions prevented the Zionist Organization from hiring architects, so Alexander Levy moved to Israel to start working as a private architect. He lived in Tel Aviv from 1920 to 1927 and built more than 60 houses during that period. The most remarkable of Levy’s works is the Pagoda House, built in 1924. Alexander returned to Europe in 1927 and continued to work there under the name ‘Alexander Lee.’ During World War II he was found in occupied France and was deported to Auschwitz concentration camp, where he died in 1943. Pagoda House, one of the most noticeable buildings in Tel Aviv, is located at King Albert Square.