The Brooklyn-based artist, known for everything from pom-pom mobiles to hanging sculptures and handmade wallpaper, grabs attention with her designs and her desire to make a difference. We get acquainted with Dana Haim and her do-good designs. 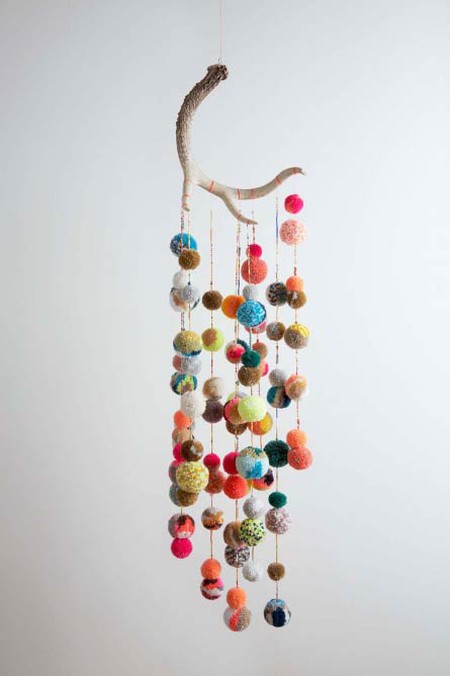 Tell us about yourself

I’m originally from Miami from a Colombian family, so I grew up in an eclectic Latin-Jewish household. With an artist mother a writer sister, I breathed a creative atmosphere that led me to gravitate toward art. After studying textiles at the Rhode Island School of Design, I went to Israel and started working in the art and design industry over there. I earned my Masters in textiles from Central St Martins in London, after which I did some more freelance work for a year and a half. My now husband and I decided to move to New York in 2012 and that was the moment everything came together, and I decided to launch my own business. The Dana Haim brand specializes in textiles, wall hangings, home designs and creative mobiles, as well as installations and custom work. I also teach workshops as a way of engaging my community. 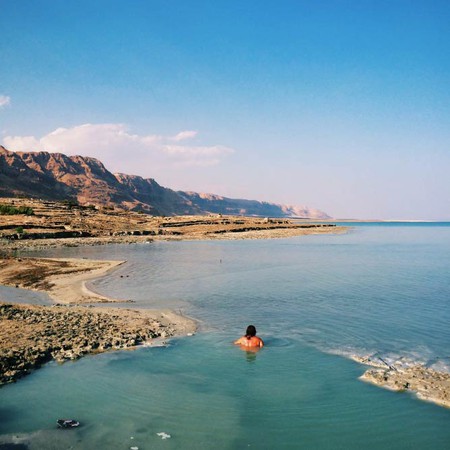 Tell us more about your design business.

The Dana Haim project was born in 2013. From the beginning, I knew I wanted my quirky wallpapers and handmade designs to be the bread-and-butter of my collection. But recently I started creating fiber-based sculptures and people really responded to them. Branching out into new territory brings with it new opportunities for growth as well as challenges. For example, I’ve always developed products from my own home, and now I am weighing the benefits of outsourcing part of my manufacturing process.

Right now you’re in California for work. What are you doing there?

My business is continuously evolving and re-defining itself according to my growing sources of inspiration. While I still find focus in wallpapers and handmade creations, and place great value on injecting personal into everything I do, recently I’ve been flirting with the new potentialities offered by digital printing. It would be a shame for technology to get overlooked by the art world, but changes should be slow and emerge from established traditions. I am attracted to the idea of using hi-tech methods to make something appear handmade so that art lovers can still have the funky vintage look in their furnishings. The sensual tactile experience of working with your hands is not easily replaced by technology, which is why I continue to design by hand while incorporating modern techniques.

Tell us a little bit about your workshops.

Workshops are a great way to engage the community and people who are interested in my work, and art in general. It’s an amazing way of meeting like-minded people who want to engage in meaningful imaginative activity.

I normally conduct my workshops in California, but last year I had the pleasure of working with a community center in Colombia. I was researching a way to outsource the pom poms that I was creating because I couldn’t keep up with the demand. When a friend told me about a sewing class at the Juan Felipe Gomez Escobar Foundation (Juanfe) there, I discovered 10 girls who were excited to start making pom poms for me. These were young girls, teenagers, teenage moms, many in tough situations whose situation was uplifted for a little while through productive labor. For many, outsourcing holds negative connotations of corporate exploitation, but my program was designed to be exactly the opposite. I am driven by community, socially- conscious ethics and want the positivity contained in my creations to have a far-reaching impact. 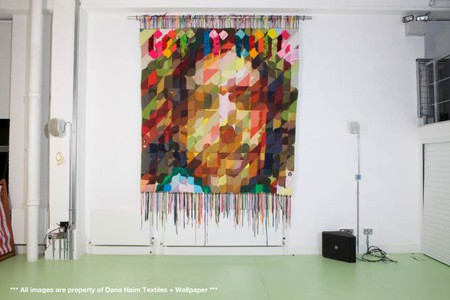 Where do you find your inspiration?

I feel the most inspired when I am in nature, particularly the Dead Sea. The marble and topography there is incredible and unlike any other place on earth. In general, I am moved by dramatic proportions and the rhythms of the natural world.

What would you say is your proudest moment?

I was commissioned by an ad agency in London to make a memorial quilt for Martin Cole, who was the planning director for Wieden & Kennedy and died after a battle with cancer. I had never made a quilt before and this was special and meaningful to commemorate a beloved employee. The quilt was to be a giant image of his face, composed by remnants of his clothes. Even though I never met him, I felt a connection to Martin through their stories and the scents and fabrics being woven into the quilt. His wife was so grateful, and I was honored to have been chosen for such an emotional and meaningful project.

Simona Kogan has been writing about fashion, culture, travel, celebrities, and Jewish life from around the world for over 10 years. Originally from New Jersey, she turned a budding journalism career into an online content writing and marketing profession in Israel. She started the first English-language blog on Israeli fashion back in 2009 and continues to follow the burgeoning culture scene in Tel Aviv. Catch her on Twitter.