The Best Neighbourhoods in Jerusalem 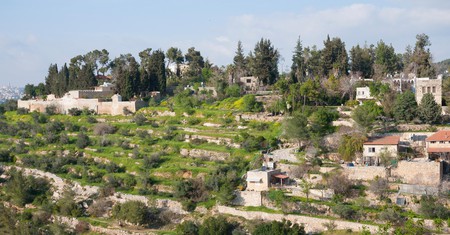 Jerusalem is defined by its multifaceted demographics and controversial geographical boundaries. Here’s a look at the most popular neighbourhoods in the city, from trendy areas to eat and shop to streets overflowing with thousands of years of history.

Want to experience it for yourself? You can now visit Jerusalem with Culture Trip as part of our immersive seven-day Israel tour, led by our Local Insider.

The Old City is a real microcosm of old Jerusalem. More than 2,000 years old, this neighbourhood constituted the entirety of the city up until 1860. It is surrounded by monumental defensive walls that were built in 1541 by Suleiman the Magnificent. Divided into four sections – the Jewish, Muslim, Christian and Armenian quarters – this walled city, spanning less than a square kilometre, is considered the focal point of the largest monotheistic religions.

It’s the home of the Dome of the Rock and Al-Aqsa Mosque, the Church of the Holy Sepulchre and the Temple Mount and Western Wall. Other landmarks include one of the biggest outdoor markets in Jerusalem, the Arab shuk, a bustling area full of shops, restaurants and synagogues. 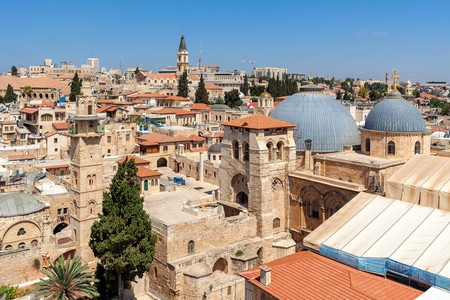 The Old City is home to the Dome of the Rock, the Al-Aqsa Mosque and the Church of the Holy Sepulchre | © Rostislav Glinsky / Alamy Stock Photo 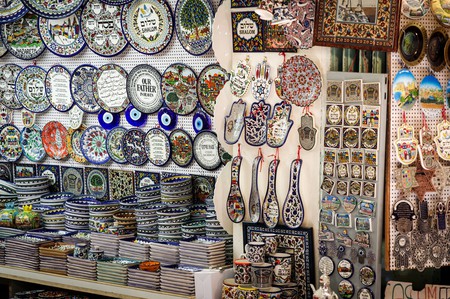 Souvenir stall selling traditional ceramics in the Arab shuk, one of the biggest outdoors markets in the Old City | © TravelMuse / Alamy Stock Photo

Technically, Machane Yehuda is part of the Nachla’ot neighbourhood, but as the Machane Yehuda Market – locally known as the Shuk – is the central part of the area, it deserves its own mention. Over several years, the neighbourhood has developed a nightlife scene unrivalled in the city; it’s now one of the most popular places to head to after hours because of its many pop-up bars, late-night restaurants and hookah lounges and the loud music blasting from inside the marketplace.

Established in 1887, the Machane Yehuda Market offers the largest and most affordable food options in Jerusalem, selling everything from seeds and spices, baked goods and nuts to meats, fish and cheeses. It also has stalls dedicated to textiles and clothing, and so many other products on sale that it would be easier to list what the market doesn’t sell. Sit down at a bakery and people-watch or stroll through this historic market to get a real sense of local life. The Machane Yehuda Market offers its cheapest prices on Friday afternoon, right before the market closes for the Jewish Sabbath. 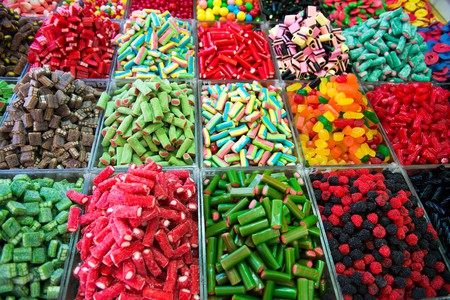 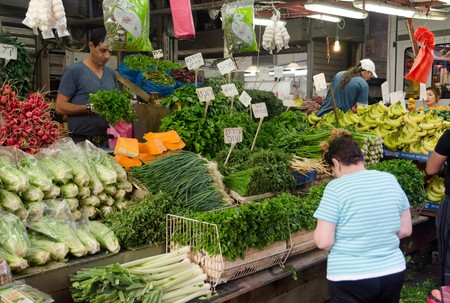 The market sells everything from fresh produce and spices to meat, fish and textiles | © Martin Turzak / Travel / Alamy Stock Photo

More like a village within a city, Ein Kerem translates as ‘spring of the vineyard’ and offers an escape from the busy downtown area of Jerusalem. According to Christian tradition, it is the birthplace of John the Baptist and it’s the location of two magnificent churches: the Church of St John the Baptist and the Church of the Visitation. Located on the southwest fringes of the city, this small, historic neighbourhood offers breathtaking views of the Jerusalem hills.

Ein Kerem is also home to an abundance of art galleries and studios and many artists’ residences. Separated from the rest of the city because of its location in the mountains, the neighbourhood has plenty of courtyards and alleyways and enjoys a beautiful setting. Art infiltrates every corner of Ein Kerem, even within the largest hospital in Israel, Hadassah Hospital, which is adorned with the Chagall Windows, created in 1962 by celebrated Jewish artist Marc Chagall. 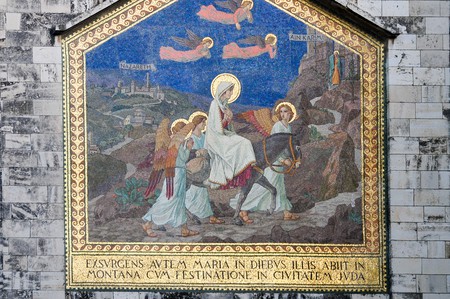 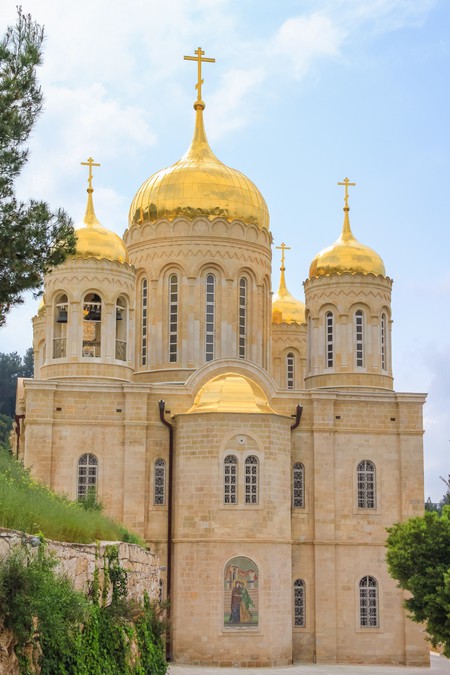 Just a few minutes’ walk from downtown Jerusalem, the German Colony is most famous for the tiny cafes, independent restaurants, boutique hotels and trendy shops emerging from the German Templar-style buildings that line the streets. A scenic area close to the residential neighbourhood of Katamon, the German Colony was established in 1873 by members of the German Temple Society who migrated to Israel from Germany. Emek Refaim Street, which runs through the centre of the neighbourhood, is one of the busiest in the city. The German Colony is also just a few minutes from the First Train Station, a popular location buzzing with eateries, pop-up shops, live music and events.

The name of this area comes from the triangular shape created by the streets that define its boundary: Jaffa Road lies in the north and meets King George Street to the west and Ben Yehuda Street to the east. The energy of this commercial and entertainment district, in West Jerusalem, exists around a bustling pedestrian outdoor mall on Ben Yehuda Street, which attracts tens of thousands of visitors daily. Named after Eliezer Ben-Yehuda, one of the founders of the modern-day Hebrew language, this outdoor street market has been closed to cars since 1983. Often flooded with tourists, the area is home to some of the most talked-about restaurants in the city and beautifully decorated shop windows. Enjoy ice cream in Music Square before shopping for some unique souvenirs. 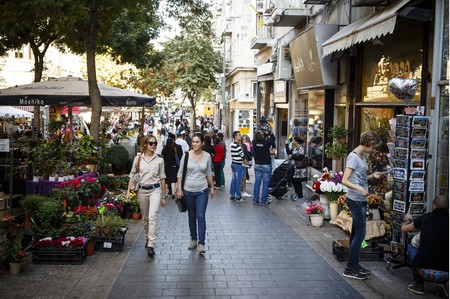 This neighbourhood is densely packed with the best-known political, cultural and academic institutions in Jerusalem plus perfectly manicured green spaces, making it the perfect area to stroll throughout the year. Givat Ram is also home to Jerusalem’s tech village, home to many start-ups. Key landmarks include the Knesset (Israeli parliament), the Israel Museum, the Supreme Court, the National Library, the National Convention Centre and the Hebrew University of Jerusalem. If you prefer to spend the day outdoors, the Jerusalem Bird Observatory, Sacher Park and Wohl Rose Park can all be found here, the last two being free and open to the public at all hours of the day. 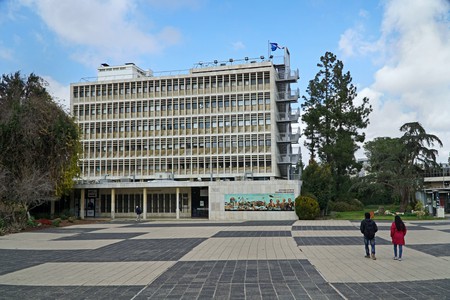 The Givat Ram neighbourhood is home to a number of academic institutions, including the Hebrew University of Jerusalem | © P.Spiro / Alamy Stock Photo 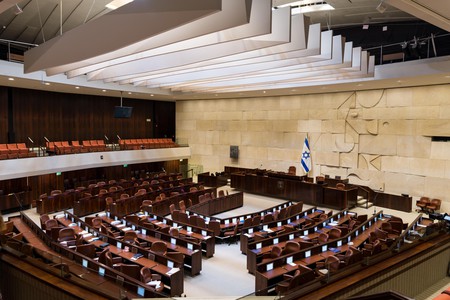 This article is an updated version of a story created by Reuben Lewis.