Experience the Best of What Tel Aviv Has To Offer 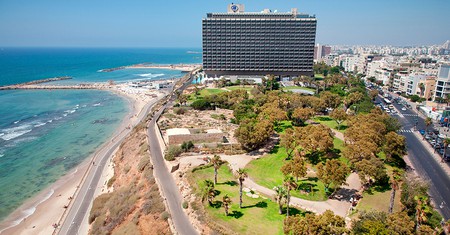 A compact city brimming with a diverse and vibrant cultural scene, exceptional culinary offerings and lively nightlife, Tel Aviv is a metropolis that lives around the clock.

Whether it’s soaking up the atmosphere at a street café, watching the colourful displays at one of its vibrant markets, diving into the crystal-clear Mediterranean waters or exploring the city’s cosmopolitan neighbourhoods, there is a great deal of choice in the non-stop city of Tel Aviv.

Tel Aviv’s most fashionable of districts, Neve Tzedek was the first Jewish settlement to be built outside of Jaffa, in 1887. Following years of neglect and decay, meticulous restoration works commenced during the 1980s to transform the area into an architectural wonder, with charming dining establishments and exclusive boutiques on and around Shabazi Street. Visit Numéro 13 for the best designer finds in town, Agas & Tamar to invest in a piece (or two) of beautiful handcrafted jewellery or Badim to find colourful homeware, including rugs, cushions and ornaments. 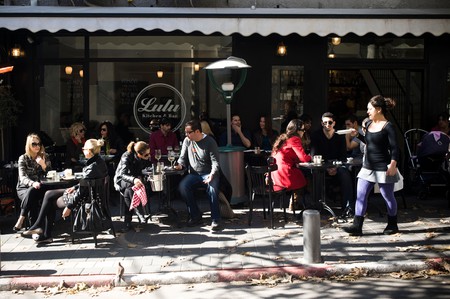 Neve Tzedek, the first Jewish settlement outside of Jaffa, and once a neglected part of the city, has been transformed into a fashionable district | © Alberto Paredes / Alamy Stock Photo

Pro tip: Head to Anita on Shabazi Street to sample some of Tel Aviv’s top-rated ice creams and sorbets. Offering both traditional and inventive, experimental flavours, its frozen yogurt – with every sweet topping imaginable – is also worth a try.

Delve into the sights, smells, colours and tastes of Shuk Carmel (Carmel Market), starting at Magen David Square off Allenby Street. Developed by Yemenite immigrants in the 1920s, Shuk Carmel has grown into the most popular, largest and busiest outdoor market in Tel Aviv, selling seasonal fruits and vegetables, traditional Middle Eastern desserts such as trays of baklava and slabs of halva, boutique cheeses, olives of every variety, meat, fish, freshly pressed juices and souvenirs from vendors who love to haggle. Pro tip: Make sure to visit the nearby Nahalat Binyamin Street Arts and Crafts Fair (running all day on Tuesdays and Fridays) where you’ll find beautiful ceramics, stunning glassware and one-of-a-kind jewellery from more than 200 local artists.

Graffiti has become both a symbol of and outlet for creative self-expression of cultural, social and political agendas throughout the country. To find some of the most arresting graffiti in Tel Aviv, wander the streets of the hipster district Florentin, where almost every wall, door and outdoor surface is covered in colourful murals created by established and emerging street artists. 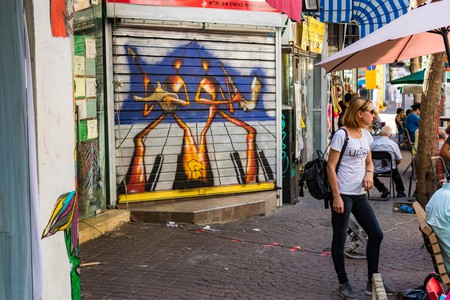 Almost every wall, door and outdoor space in the Florentin neighbourhood is covered in murals | © Mitik / Alamy Stock Photo 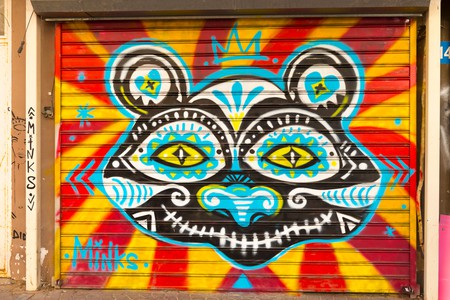 Catch the sun and waves at Hilton Beach

The Hilton Beach, located at the northern end of Tel Aviv’s beachside promenade, is a much-frequented spot. It’s divided into three sections: beachgoers can catch a wave at North Hilton Surfer’s beach, where the wind conditions are ideal for surfing throughout most of the year; in the middle section is the gay beach, which is LGBTQ-friendly and packed with sun worshippers all year round, and gets especially crowded during the annual Pride Week; the Hilton Dog Beach at the southern end is the most playful stretch of sand in Tel Aviv, where dogs are allowed to splash in the sea. 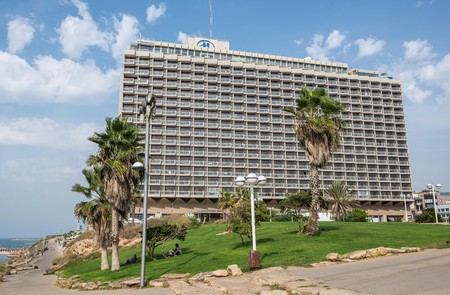 The Hilton Beach, at the northern end of the beachside promenade, is Tel Aviv’s most popular stretch of coast | © kpzfoto / Alamy Stock Photo

Pro tip: Wetsuits, surfboards, SUP paddle boards and other water equipment rentals are available for a small fee at Galim Surf School, located a kilometre from the Hilton Hotel at Gordon Beach.

Adapting traditional cooking techniques and ingredients indigenous to other Middle Eastern countries has revolutionised Israel’s culinary scene in recent years. Hundreds of unassuming hole-in-the-wall restaurants and family-run businesses serve dishes that have been eaten in countries like Egypt, Iraq and Yemen for generations. Homemade hummus, falafel, sabich (egg and fried aubergine in pitta bread) and shawarma haunts can be found on just about every street corner in the city. 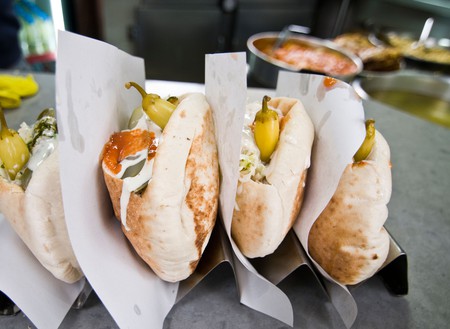 Pro tip: As food is prepared fresh, many restaurants and cafés serve dishes until the pot is empty, so eat earlier rather than later to sample from a fresh batch before it runs out.

Spend an afternoon cycling and picnicking in Hayarkon Park

Hayarkon Park in the north is an oasis of tranquillity in the city and Tel Aviv’s equivalent of New York’s Central Park. Rent a bike at one of the Tel-O-Fun stands and cycle the 5.6 kilometres (3.5 miles) of winding bike paths carved along expansive lawns and gardens, and find idyllic spots to picnic on either side of Yarkon River. Or take to the river and rent a rowing boat, pedalo or motorboat and take snaps of the unfolding landscapes.

Pro tip: Book a ticket to see a concert at Hayarkon Park’s outdoor performance space, where a host of international stars perform throughout the year, with previous musical sensations including Aerosmith, Britney Spears and Lady Gaga.

Dance until dawn in one of Tel Aviv’s mega-clubs

Tel Aviv is fast becoming a top destination for nightlife across Europe and the Middle East. For the ultimate all-nighter, The Block, a mega-club located in the central bus station, has a feel of old-school New York about it and is one of the ultimate party experiences in the city. The club is divided across three distinctive sections, and its repertoire of local and international DJs is a major draw for visitors from far and wide. Another popular late-night spot, in the south Florentin district, is Duplex Club, a raving party venue famed for its all-night themed parties, blasting hits from the 1970s, 1980s and 1990s, and the best in electronic and rock beats. The club also has a calendar of special events.

Pro tip: Most of Tel Aviv’s bars and clubs are located on and around Rothschild Boulevard, making hopping from one to the other a breeze. Warm up the night in one of the city’s many pre-game spots, including hipster hangouts Kuli Alma and Teder FM, before easing into a night of non-stop partying from dusk to dawn.

Explore the distinctive architecture in and around the White City

The White City, named for its over 4,000 white Bauhaus-style buildings, the largest cluster in the world, presents a bounty of inspiration. Walk through the original and newly renovated buildings, many of which line Rothschild Boulevard, including Elishav House on Maze Street, a beautifully preserved residential building designed by architects Joseph and Ze’ev Berlin in 1931; and the Shlomo Yafe House, a cube-shaped Bauhaus museum in Bialiq Square that was designed by architect Shlomo Gepstein in 1935. 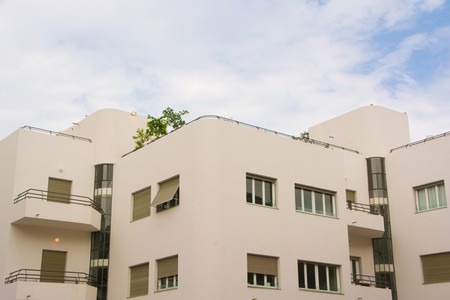 Pro tip: Open House Tel Aviv is a festival that celebrates the best and most thought-provoking architecture, interior design and outdoor landscapes across the city. It takes place one day a year during the month of September and gives the general public the opportunity to visit a selection of private homes, designer lofts, synagogues and other spaces usually not open to the public.

This is an updated version of a story created by Ben Jakob.