The Best Things to See and Do in Beer Sheva, Israel 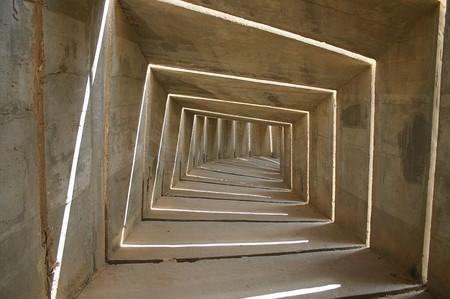 The Monument to the Negev Brigade | © Libi Fishman/Flickr

Beer Sheva, which actually translates to ‘well number 7’, is the second-largest city in Israel. It is known as ‘the capital of the Negev’, which is the Israeli southern desert region. With one of the biggest and best universities in the country, Beer Sheva has recently been experiencing a massive boom in students coming to live in the area and it is fast becoming a trendy, bustling city to visit. Check out the best things to see and do in the capital of the south of Israel. 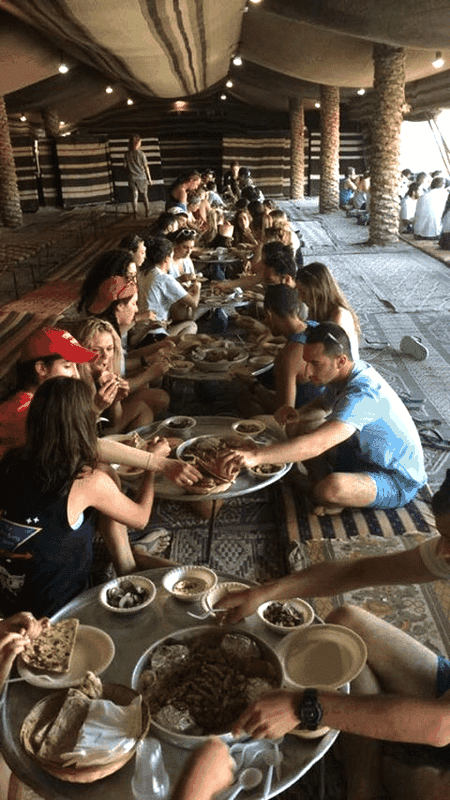 Bedouin communities in Israel can usually be found in the Negev region and visiting one to witness traditional guest welcomings, along with delicious food, is a must. Kahn Vadhan is a traditional Bedouin Khan (tent) in which you will be welcomed with traditional coffee and tea and be seated on floor pillows to indulge in a traditional pita meal with labane or hummus.

The second-largest mall in the country, the Grand Canyon Mall is approximately 160 thousand square metres. It contains over 250 retail stores, including many international brands and chains, as well as a large fast food section with a children’s playground.

Monument to the Negev Brigade

A fascinating landmark, both artistically and historically, is the Monument to the Negev Brigade. Designed by famous Israeli artist, Dani Karavan, the monument was built in the 1960s in memory of fallen members of the Palmach organization, who fell in the 1948 Arab-Israeli War. The monument is made up of several raw concrete structures in different shapes and sizes, referencing different elements which are symbolic to Palmach and to the war. 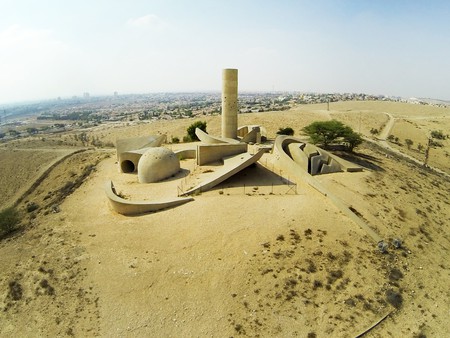 Monument to the Negev Brigade | © Guymeg/WikiCommons

The Negev Museum of Art is located in the heart of Beer Sheva’s old town in an architecturally conserved compound first built in the early 1900s. It used to accommodate the city’s large mosque and the governor’s house, back in the days of the Ottoman Empire in Israel. These days, the museum strives to bring about a more contemporary outlook on art, showcasing upcoming artists along with milestones in the history of Israeli art. 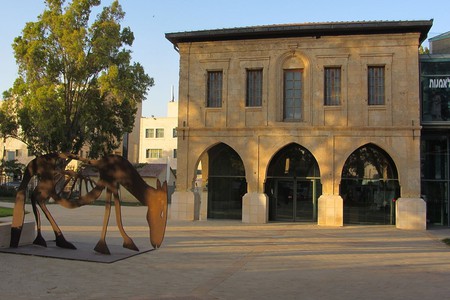 Tahini’s Hummus first opened up as a local hummus and falafel establishment in the city of Sderot in Southern Israel. When it became famous among locals and visitors, they opened their Beer Sheva establishment, just across from the Ben-Gurion University, making it a favourite student hangout and dine out spot. They then expanded to Jerusalem as well. Students at the university will swear that Tahini’s Hummus (name translated from Hebrew) is the best hummus in the country!

Darom Adom, Hebrew for ‘Red South’, is an annual festival celebrating the blossoming of the oh-so-red anemone flowers in the Israeli Negev region. Thousands of visitors from all over the country travel to the Negev region (of which Beer Sheva is the capital) to see the blossoming red fields. The best places to view the festival are Shokda Forest, Dvira Forest, Be’eri Forest and Ruhama. 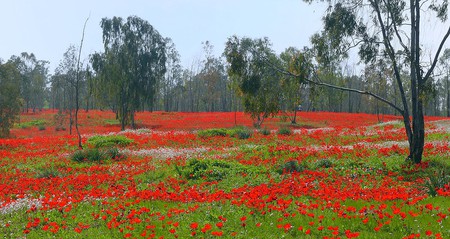 Kapara is the Hebrew word for ‘atonement’ but it is mostly used as a term of endearment for both men and women, either genuinely or ironically. Kapara Bar, which has been nicknamed a Tel Avivian outpost in Beer Sheva, recently opened in Beer Sheva’s old town, bringing contemporary food and vibes to the southern capital, making it even cooler.