The Best Snacks to Eat When You're in Israel 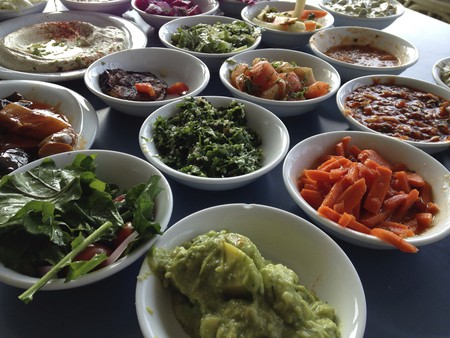 There is no shortage of amazing places to eat and tasty things to try while you’re visiting in Israel. If you are not looking for an entire meal, we have put together a list of some of our absolute favorite snacks to eat while in Israel.

Bamba is perhaps the “king” of Israeli snack foods. Shaped like Cheetos, with the taste of peanut butter, these addictive maize-puffs are a favorite of children and adults alike. An added bonus to this pervasive treat? The early exposure of Israelis to this peanut butter-flavored snack may explain why there are very few individuals who suffer from peanut allergies in the country? 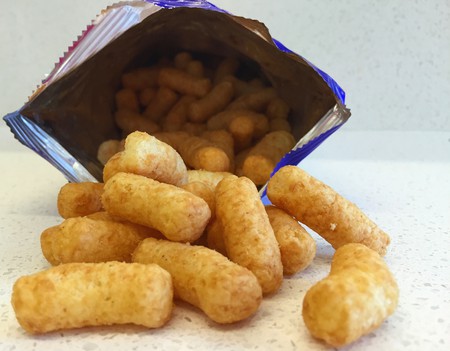 Bissli, produced by the same manufacturer as the aforementioned Bamba, is a crunchy snack that can sometimes be likened to fried pasta. The name Bissli (ביסלי) is derived from the Yiddish word “bis,” meaning “bite,” and לי (lee), meaning “for me.” The crispy snack comes in a variety of shapes and flavors, including grilled, barbecue, falafel, smoky, taco, and onion. 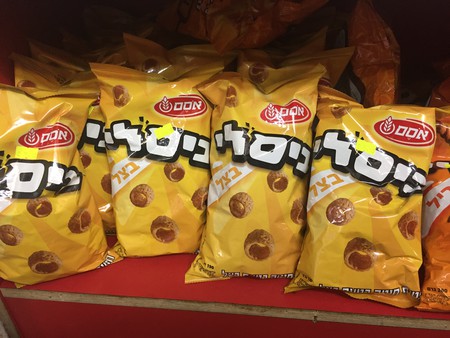 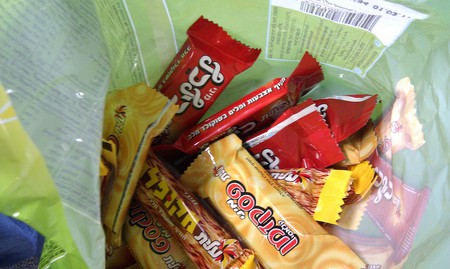 Take some time out for chocolate. | © Alpha/Flickr

Falafel is one of the stars of the Middle Eastern culinary arsenal. Typically made of fava beans or chickpeas (sometimes both), it is a deep-fried ball or patty, often served in pita bread. Inside the pita, along with the delicious falafel balls, the bread is typically stuffed with fresh salads (cucumbers, tomatoes, cabbage), tahina/tahini (a sauce made from ground sesame seeds), pickled vegetables, pickles, and often harif (a spicy sauce). Falafel is quick and portable and makes for the perfect midday snack and can be found around most cities commonly as street food. 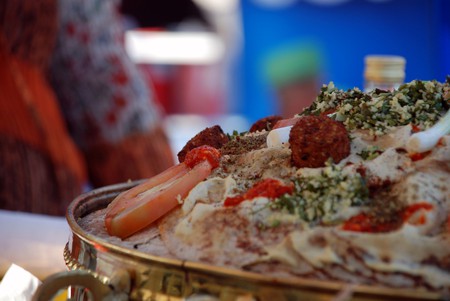 Bourekas are common snacks to those from the Mediterranean, Eastern Europe, and the Balkans, but Israelis take their own unique spin on the flaky pastries. Bourekas are made either of phyllo dough or puff pastry and the dough is sometimes covered with different types of seeds, indicating what may be baked inside the dough. Potato-filled pastries are typically covered with sesame seeds, as are Bulgarian (or other salty) cheese-filled ones. Pizza flavored bourekasim (plural of bourekas), are often easy to spot with their round spiral shape and red sauce. Eggplant, mushroom, or spinach bourekasim are also common choices. 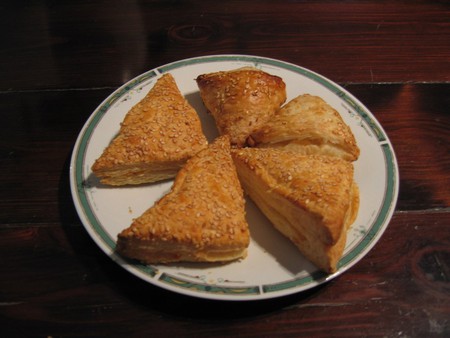 A traditional Jewish Iraqi sandwich sabich is a pita stuffed with fried eggplant and hard boiled eggs. The sandwich is chock full of all the usual suspects of Israeli cuisine, salad (cucumbers, tomatoes, onions, and cabbage), tahina/tahini, parsley, usually a dollop of hummus, and sometimes amba (a pickled mango condiment). Sometimes you can find sabich sandwiches with boiled potato slices as well. It is a symphony of flavors and a nice variation if you are not feeling inclined to eat meat. 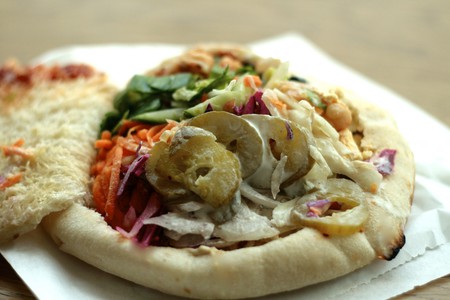 Tahini halvah is one of Israel’s specialty treats. Halvah is typically sold in large slabs or cubes, and comes in a variety of flavors. There is chocolate, espresso, vanilla, pecan, chocolate chip, pistachio, and many more. Nearly any flavor you want, you will be able to find at one of the markets around Israel. 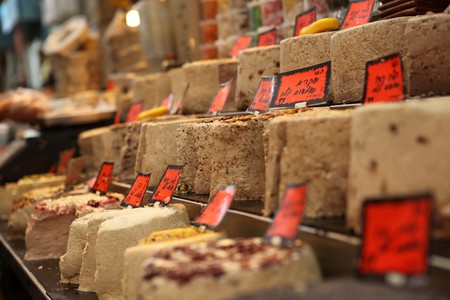 Halva as far as the eye can see. | © StateofIsrael/Flickr
Give us feedback