The Best Roadtrips to Take in Israel 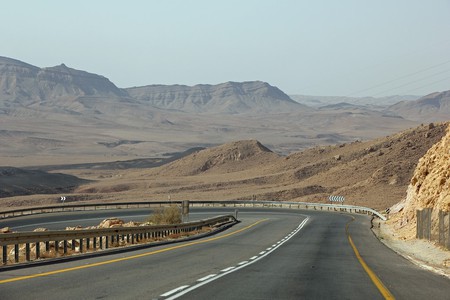 Israel is an ideal place for roadtrips; small in size yet abundant with natural beauty and diverse, majestic landscapes, fascinating historical sites, and numerous small towns and cities each with their own unique flavour and characteristics. Here’s seven of the best, beginning with Israel’s northern regions before heading south through Jerusalem.

Tel Aviv to Haifa, via Beit Yanai and Caesarea 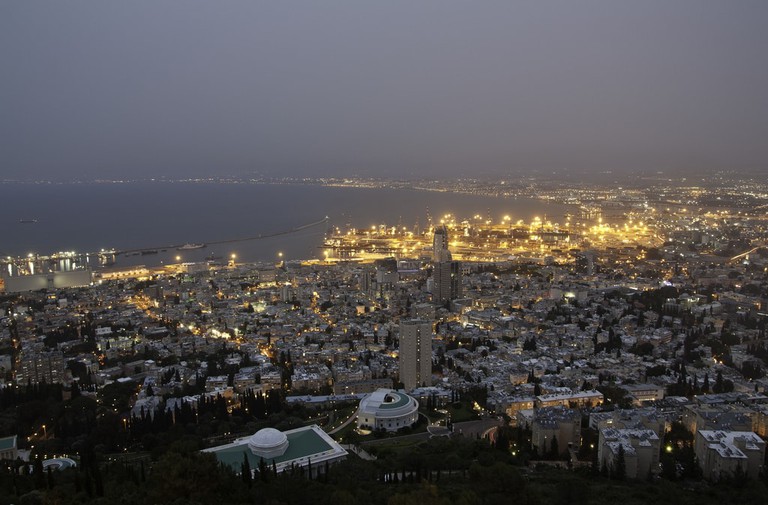 Haifa, Israel | © israeltourism / Flickr
The journey from Tel Aviv to Haifa is quick and easy – a scenic journey of around 90 minutes along the Mediterranean coastline – but it would be a shame to miss these fabulous detours. Starting in Tel Aviv, drive north to Beit Yanai (around 35 minutes), home to arguably the most beautiful beach in Israel and a popular camping spot. Bask in the glorious sun and swim in the warm Mediterranean waters before jumping back in the car to visit Alexander River (Nahal Alexander in Hebrew), a drive of no more than 15 minutes east, which is home to a population of giant soft-shelled turtles. From there, continue your journey north to Caesarea (25 minutes via Cvish HaHof), a beautiful coastal town with a National Park consisting of ruins from Roman and Crusader times, museums, cafés, fine dining, and a stunning beach next to a Roman aqueduct. Haifa is only 35 minutes north from here via the same road. Israel’s third city, Haifa, is a beacon of co-existence and home to a wonderful beach, lively nightlife, and amazing shawarma – not to mention the pristinely beautiful Bahá’í Gardens, a UNESCO World Heritage Site. Haifa is also an ideal base for exploring the north.
Open In Google Maps
Tel Aviv, Israel
Give us feedback

Haifa to Rosh Hanikra, via Akko

Rosh HaNikra, located on Israel’s northwestern tip just a stone’s throw away from Lebanon, is a stunning geological formation of caves and grottoes, surrounding glistening pools of turquoise water.

We suggest visiting the fascinating Old City of Akko en route, around 30 minutes north of Haifa along Okef Krayot. Steeped in history, half a day should be enough to marvel at its still-intact walls first built in 950, explore its long ancient tunnel, weave through its colourful Arab shuks, and eat mouth-watering food, from Humus Said to Uri Buri seafood restaurant.

From Akko’s Old City, Rosh HaNikra is just another 30 minutes by car, making this an easy but nonetheless magnificent road trip along Israel’s northern Mediterranean coastline.

Park
Facebook
Email
Twitter
Pinterest
Copy link
Share
Map View
Safed is Israel’s highest city, located in the mountains of the Upper Galilee, and is known as the home of Kabbalah (Jewish mysticism). A charming and spiritual place, Safed’s cobblestone streets, art galleries and historical sites make it a highly worthwhile place to visit in northern Israel. Equally charming is the neighbouring city of Rosh Pina, with its relaxed atmosphere, beautiful scenery, and quaint streets full of boutique shops, art galleries, and cafés.
Open In Google Maps
Haifa, Israel
Give us feedback

Haifa back to Tel Aviv, via Daliyat el-Carmel and Zichron Ya’akov

Market
Facebook
Email
Twitter
Pinterest
Copy link
Share
Map View
The total road time for this trip back south is around two hours, provided traffic isn’t bad. Daliyat el-Carmel is Israel’s largest Druze village, 20 kilometres southeast of Haifa. Getting there, you’ll pass through the scenic Carmel mountain range via Route 672. This village is popular with both Israelis and tourists, who flock there to get a very literal taste of Druze culture and to find bargains in its market. We recommend continuing the journey southwest (24 kilometers) to Zichron Ya’akov, a charming town with an interesting history on the Carmel mountain range. Here, you’ll find quaint streets brimming with boutique and quirky shops, art galleries, and cafés, plus gorgeous views over the Mediterranean and numerous wineries. Finally, head back to Tel Aviv, a city that needs no introduction, with an easy and scenic journey south along the coast.
Open In Google Maps
Haifa, Israel
Give us feedback 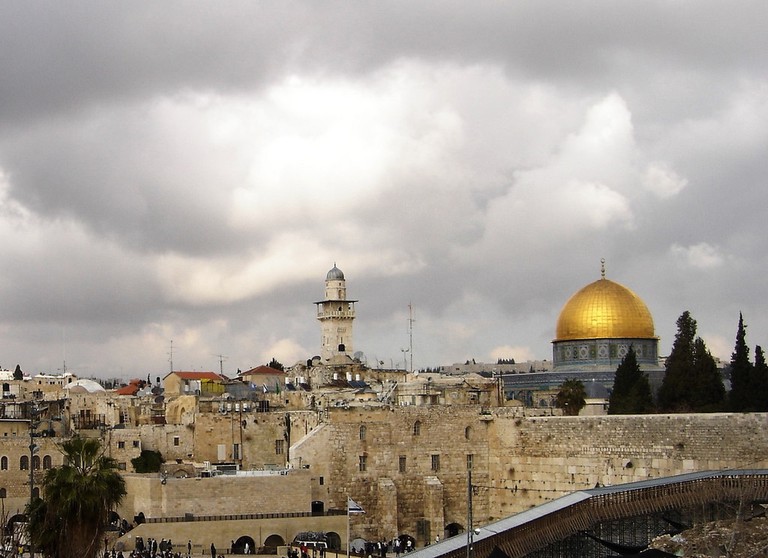 The Western Wall & Golden Dome of the Rock, Jerusalem | The Western Wall & Golden Dome of the Rock, Jerusalem
Those with a love for hummus, as well as fascinating, ancient cities, should make this road trip a top priority! Driving around 50 minutes southeast from Tel Aviv, this trip will take you to the Arab-Israeli town of Abu Ghosh, located on the Jerusalem Hills. Here, you can taste what is arguably the best hummus in the entire country, if not the Middle East, before continuing on to Jerusalem, Israel’s capital city. From its ancient underground tunnels, monumental religious sites, buzzing Machane Yehuda market, and much, much more, Jerusalem is a must-visit for any trip to Israel.
Open In Google Maps
Tel Aviv, Israel
Give us feedback

Jerusalem to the Dead Sea, via Masada and Ein Gedi 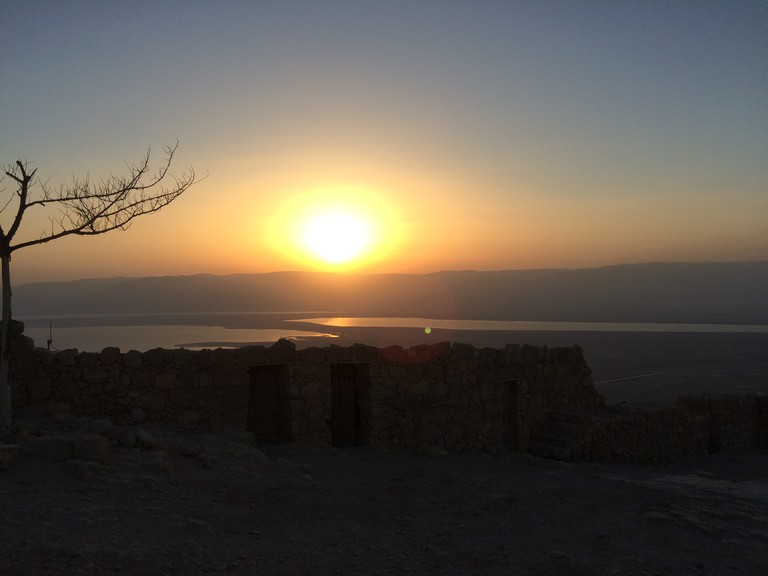 Sunrise from Masada | © Reuben Lewis
This is a road trip to three of Israel’s most beautiful and awe-inspiring sites, which can be done in just one day. Our recommended itinerary: depart Jerusalem at around 4am in order to arrive at Masada in time for a sunrise climb up Israel’s most majestic site. This early start not only avoids the sweltering heat but also provides the most breathtaking views. Once you’ve descended back down, jump in the car for a short drive to the Ein Gedi Nature Reserve, a tranquil place abundant with natural waterfalls to cool off in, botanical gardens, and wildlife. From there, you can head to the nearby Ein Gedi Beach on the Dead Sea, float in its magical waters and lather yourself in its natural skin-smoothing mud, before driving north along the Dead Sea coastline back to Jerusalem.
Open In Google Maps
Jerusalem, Israel
Give us feedback

Jerusalem to Eilat via Mitzpe Ramon and Timna Park

This road trip to Israel’s southernmost city takes you through some of the most spectacular sites in the Negev Desert. By Israel’s standards, this trip involves some long drives, with a total road time of around 4.5 hours. We recommend staying the night in Mitzpe Ramon (there are numerous affordable hostels), a small town that is home to Makhtesh Ramon, a vast crater of staggering beauty and the best stargazing spot in Israel.

The following morning, head 125 kilometers further south through the Negev to Timna Park, a popular attraction in Israel due to its spectacular rock formations and historical sites (here you’ll find the oldest copper mine ever found). The final leg of this trip takes you to Eilat, a busy resort town on the Red Sea famous for its gorgeous reefs, dolphins, snorkeling and scuba diving, plus Israel’s only underwater restaurant. 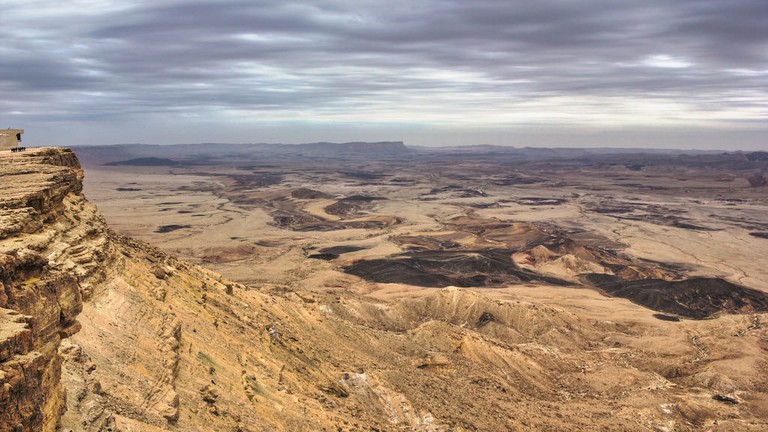