The Best Israeli TV Shows to Watch On Netflix 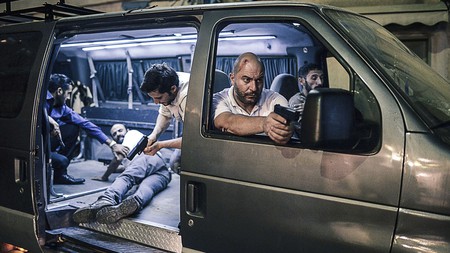 Israeli TV shows have made an explosive arrival onto the international arena in recent years, captivating foreign audiences with their gripping plots and top-notch acting. So cancel your plans, call in sick at work and stock up on snacks, as here are five of the best TV shows currently available on Netflix for you to binge watch.

Fauda, which means “chaotic” in Arabic, is the number one Israeli TV show to watch right now. An intense, captivating and fast-moving thriller, Fauda follows an elite undercover IDF (Israeli Defence Forces) unit in their hunt to capture a prominent Hamas terrorist. The unit’s protagonist is played by Lior Raz, who himself served in the elite Duvdevan unit during his Israeli military service, adding authenticity to his character.

This is far from a cliched explosion-filled spy thriller or a piece of Israeli propaganda: the dialogue is a mix of Arabic and Hebrew and the plot forces viewers to feel a degree of empathy for Palestinian characters. Get binging, as season 2 is coming out very soon!

Hugely popular in Israel, Srugim (which means “knitted” in Hebrew, referring to the kippot worn by religious Jews) revolves around the love lives of four Modern Orthodox Jews in Jerusalem (and one formerly religious character). It provides an intimate look into the experiences of religious yet modern Jews in contemporary Israeli society and the dilemmas, contradictions and complexities they face.

Hostages is both a political thriller and a family drama that has been well received in Israel and abroad. The plot follows a leading surgeon who is set to perform an operation on the Israeli prime minister. The night before, her family is taken hostage by a group of men who demand that she poisons and kills the prime minister during the surgery. If she fails to meet their demands, her family will be killed. This is a gripping and highly entertaining, if not a tad ludicrous, a piece of television that is sure to leave you on the edge of your seat.

Mossad 101 is an entertaining, quirky and over the top thriller that follows a fictional and unorthodox training course for budding Mossad agents. If you love an action-packed, offbeat drama with sprinklings of Israeli humour and an absurdly good-looking cast, Mossad 101 is the show for you!

The Gordin Cell is an engrossing thriller that revolves around a married couple who moved to Israel from the Soviet Union in the early 1990s. The couple’s past as spies catches up with them when a Russian intelligence officer shows up at their house and attempts to recruit their son, a decorated soldier, in Israel’s Air Force. He must confront the dilemma of betraying his country or his family.