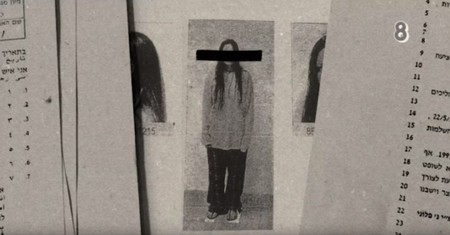 A screen grab from Israel's true-crime documentary Shadow of Truth

Israel is never lacking in drama and recent years have seen its local film and television scene mushroom and win international acclaim. So no matter if it’s a documentary about Israel’s secret cyber war against Iran, or a true-crime murder mystery, you just must see these movies and TV shows.

Cyber-warfare has become somewhat of a buzzword these past years and this film sheds light on how violently this secretive war is already raging. Telling the story of Israel’s (alleged) involvement in the STUXNET virus that hit Iran’s nuclear program, this movie is a true thriller for lovers of covert espionage spanning the entire globe.

One of the most shocking and intelligent films to come out of Israel in recent years, this film shows a young teenage girl’s attempt to use her sexuality to gain social status and sheds light on what consent really means. As one online critic wrote: “No tears, no complaints, no consequences. No adults. No one who says that maybe something is wrong.” – this film is a must see.

For political junkies, nothing will be as fun as Fauda, a political-thriller combining undercover Israeli operations in the Palestinian West Bank in search of a terrorist leader and an inside look at the complex web of interests within Palestinian life. You can find it on Netflix with subtitles in English.

Israel’s best true-crime documentary, the so-called “Israeli Making a Murder” tells the story of the murder of teenage girl Tair Rada in northern Israel and how a shadow of reasonable doubt hangs over the man accused of one of Israel’s most gruesome killings. Now also on Netflix.

While most movies about Israel’s army showcase the ethical dilemmas it entails, few shed as much light as Zero in Motivation does on what being a soldier actually means. Funny, sad, lonely and pathetic are just some of the words that can describe being 18 and in a strange and boring job within the IDF bureaucracy. The film also showcases Israel’s best young female actors.

Starring Richard Gere, this film by acclaimed Israeli director Joseph Cedar is his first foray into Hollywood territory. It tells the story of a Jewish machar and his ties to Israel’s top political brass. Money, politics and wheeling and dealing fill this fun movie, which is much more of a true story then it lets on, and is partially based on the Jewish American businessman involved in the corruption scandal that was the downfall of Israel’s previous prime minister.

Not solely an Israeli film, the Green Prince is a documentary about how the son of a leader of Hamas becomes an Israeli informer and even advocate. A gripping and fascinating watch.

While Homeland has reached world success, few remember the show that led to its creation. Prisoners of War was created by the same Israelis now making Homeland and tells the partially based-in-reality story of an Israeli who returns from captivity.