Discover Israel’s most popular sights without travelling far from Tel Aviv. Drive to the UNESCO-recognised Bahá’í Gardens in Haifa or take the train to Zikron Ya’akov to taste some of Israel’s finest wine – the options for day trips are aplenty.

Less than an hour on the 405 or 480 bus from Tel Aviv’s Arlozorov Station will get you to Jerusalem. Sacred to three major faiths – Christianity, Islam and Judaism – the holy city is awash with religious sites. Walk the ancient, cobbled streets of the Old City which lead to the Western Wall, the Church of the Holy Sepulchre and the Dome of the Rock. Wander through the Machane Yehuda market, picking up samples of sweet halva and spices along the way, or grab a freshly baked pastry or malawach (fried bread) at the Jachnun Bar. 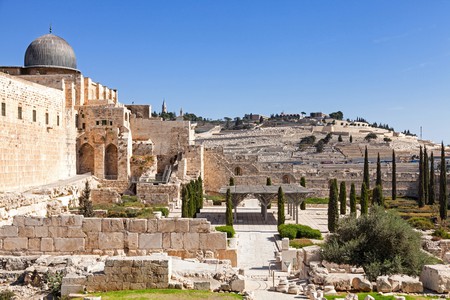 The train from Tel Aviv to Akko, located in the north of Israel, takes just one hour and 45 minutes along the scenic Mediterranean coastline. Begin the day at the picturesque Bahá’í Gardens and Shrine, the Citadel of Acre or the Templars Tunnel. Walk along the walls of the Old City, built in 950 during the Fatimid Caliphate and then wrecked and refortified by Muslims, Crusaders and Mamluks over time. Wander through the colourful shuks, including the popular Old City Market and end the trip at the famous Humus Said for the best hummus in Akko. 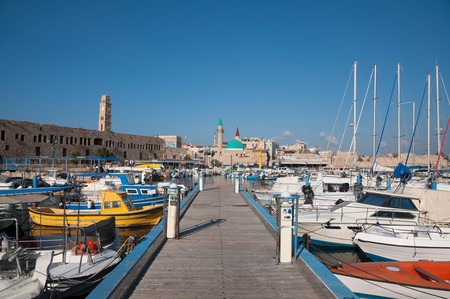 Approximately 90 minutes away by car, Haifa is Israel’s third-largest city and is considered the capital of the north. The town is famous for its majestic Bahá’í Gardens – a UNESCO World Heritage Site, with the gold-domed Shrine of the Báb at its centre – as well as its beaches. The Dato and Bat Galim beaches are especially popular with surfers. A stroll through the German Colony will take visitors past 19th-century buildings, shops and galleries. The area is lined with plenty of restaurants to choose from, including the popular Fattoush, which offers Middle Eastern fare. 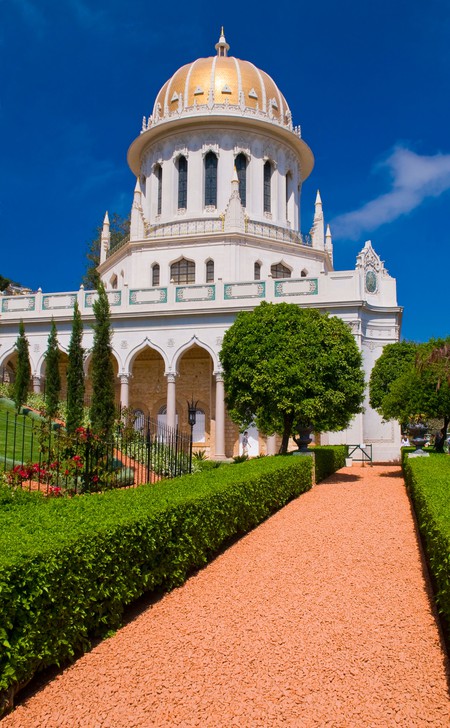 A small, tranquil town located on Mount Carmel, Zichron Ya’akov sits just before Haifa in Israel’s north, about an hour from Tel Aviv by train or car. Founded by one hundred Romanian Jewish pioneers in 1882, it is one of the first modern settlements in Israel. Make a trip to the First Aliyah Museum to learn about the town’s founders before arriving at the Carmel Winery, which offers one of the finest wines in all of Israel. From here, wander around Zichron’s main street Midrahov, which is lined with cafés and boutiques. 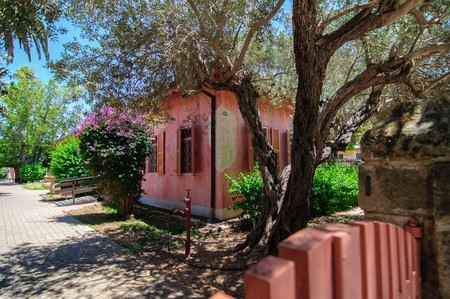 Caesarea, one of the most significant Roman cities during the time of Herod (37 to 4 BCE), can be reached via a scenic journey north along the Mediterranean coast. The town is renowned for its national park, home to the remains of an ancient Roman harbour, and to many other ruins, including a hippodrome. One of the most striking settings is Caesarea’s aqueduct beach, a stretch of white sand surrounded by ancient ruins. 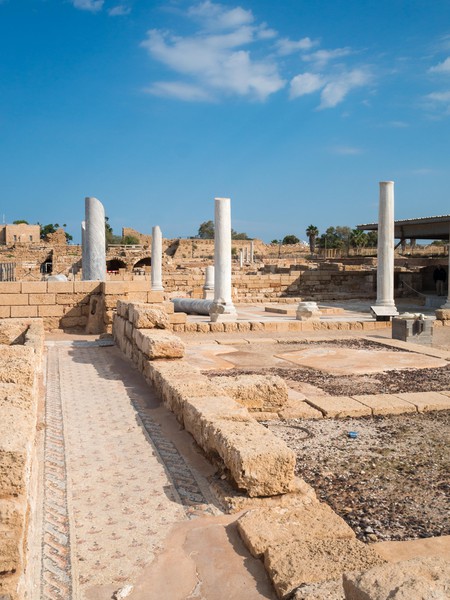 About two hours and 12 minutes from Tel Aviv lies Masada, a UNESCO World Heritage Site in southern Israel’s Judean desert. The ancient fortress lies on top of a massive plateau that overlooks the Dead Sea. It is also home to the Masada Snake Path, one of the most iconic hikes in Israel, offering stunning views of the sunrise. It takes about 90 minutes to get to the top.

A short drive away (about 20 minutes) is the Ein Gedi Nature Reserve, a beautiful desert oasis with natural springs, waterfalls and botanical gardens.

The last stop of the day should take you to the Dead Sea, famous for its buoyant hyper-saline water and therapeutic mineral-rich black mud. 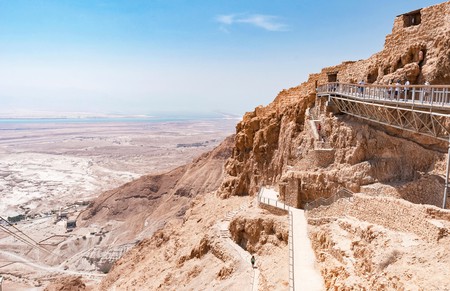