Meet the up-and-coming young Israeli beatboxer that is changing the face of the modern beatboxing scene.

In Israel, a country where there are different types of music, beatboxing is a huge part of it. You can find many groups on Facebook where Israelis share and contribute by posting videos of themselves beatboxing. Soldiers on base upload videos on Youtube, while others just share it on their Facebook wall; however, it worth listening to them all. Beatboxing became well known in Israel during the 1990s, and parties included music with beatboxers adding sounds to it. Every year, Israel hosts many talented beatboxing artists in concerts or smaller private shows, promoting them and introducing them to new (and old) audiences.

Sagi Braitner, a famous Israeli beatboxer, knows how to work a crowd. He started by posting videos on his Youtube channel to being featured in IDF commercials for the holidays to now being a famous actor all around Israel. For a look at Braitner’s talent, check out the video below.

Braitner’s advice for everyone who wants to pursue a career in beatboxing is to ‘learn, explore and try.’ He says to always keep learning from new musicians, new songs and new ideas, to explore new genres and other aspects of your music, and of course, try new methods, new instruments and things you’ve never tried before. He adds, ‘as long as you keep learning, you will keep improving yourself and reinvent yourself all the time.’

The most memorable moment of his career was his first time on stage, a nerve-wracking moment for all artists who debut their journey in the musical world. Braitner says: ‘I was so nervous that after the show, I crashed on the backstage sofa for 30 minutes and did not move from there.’ 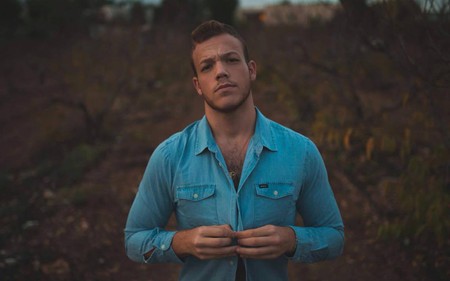 Today, modern beatbox is very popular among musical culture. Artists add their vocal sounds to the sounds of instruments played, adding a unique touch. Right now, Braitner’s next big step is to create a song only made with his vocals. He is currently working with Static and Ben-El Tavori, two brilliant singers, in order to produce a song only made with beats and vocals from a human voice.

The popularity of beatboxing is growing faster than ever with online content available to anyone at any time of the day, and if you haven’t watched any of Braitner’s online videos, now is the time to do so. You will be amazed.