The 11 Most Popular Israeli Songs Of All Time 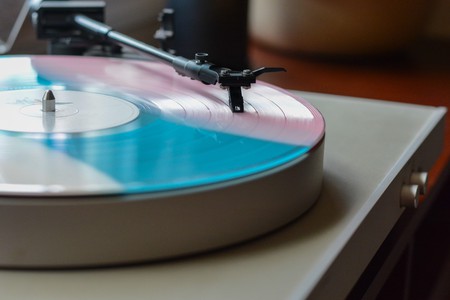 Israeli music, much like its people, is hard to define, as it is made up of so many genres, styles and eras. While some Israelis listen to calm, melodic tones with hopeful romantic lyrics, others will prefer the beloved combination of the Middle Eastern genre (Mizrahi) with hip hop beats and cynical lyrics. Here is a roundup of the songs that crushed Israeli charts!

Arik Einstein was also known as “The Voice of Israel”, and is regarded as the most popular and influential Israeli artist of all time. For over 50 years Einstein has taken part in over 500 songs and 34 albums, collaborating with many well-known Israeli singers and songwriters. The song’s name translates to “me and you” while its lyrics describe a hope of a man, along with his friend, to one day change the world.

Composed by famous Israeli singer, writer and composer Svika Pick, ‘Diva’ was the winning song of the Eurovision Song Contest 1998. Dana International‘s performance of the song, which is essentially an ode to the powerful women of history, has been criticised by conservative groups as the singer was born male and was transsexual since 1993. After the contest, the song became a hit, reaching number 11 in the UK charts and the top 10 in Sweden, Belgium, Finland, Ireland, and the Netherlands.

Released in 1993, this song is the first of the album bearing the same name, which translated in Hebrew to “It’s cloudy now” is one of Israel rock singer Aviv Geffen’s most popular songs. The phrase “Anachnu dor mezuyan” – which the singer calls out during the chorus and has become identified with Geffen, is Hebrew for ‘we are a fucked up generation‘.

The hit of 2017, Tudo Bom (Portuguese for everything is good) has broken the record of plays per day on Israeli radio after being played 66 times in less than a day. Israeli duo Static and Ben El Tavori can be seen all over the Israeli charts in the past year, and this single is no exception. Being heard everywhere in Israel these days, ‘Tudo Bom” has become a popular slang in just a few months.

Nowadays a judge on The Voice Israel, Sarit Hadad is another Mizrahi style singer, who often employs Arabic lyrics in her songs. A household name in Israel, Hadad also drew crowds in New York, Miami, and Los Angeles during her “Sing with Sarit” tour in 2006. Even Madonna revealed that she was a fan of Hadad back in 2007. Nadlik Beyakhad Ner was the Israeli entry in the Eurovision Song Contest 2002, placed at the 12th spot.

Hadag Nahash (Hebrew: The Snake Fish) is one of Israel’s most popular hip hop/funk/rap bands, who has been very significant to the development of hip hop in Israel. The Jerusalem band is identified by its leftist political statements in many of the songs, criticizing Israeli politics and corruption, and popular in such protests. The song”Gabi ve Debi” which is famous as hip hop Zioni (Zionist hip hop) was notable for its strong political message by telling a fictional tale of going back in time to discover that the famous historical promoters of Zionism are very different than their idealized images.

“Tetaaru Lachem Olam Yafe” – the first line of this famous Israeli song, is Hebrew for “Imagine a beautiful world” – making this hopeful song one of the most beautiful and loved songs in Israel; written, composed and performed by Shlomo Arzi. Having been named best Israeli singer in many occasions, Arzi is a household name and idol, loved by Israelis of all ages and genders.

Poogy Tales is the debut album by Israeli band Kaveret (beehive) which was released in 1973 and considered one of the most significant albums in Israeli music. The humorous tone of Poogy Tales appealed to the Israeli public after the trauma of the Yom Kippur War, making it one of the best-selling albums in the history of Israeli music at the time. The song ‘Yo Ya‘ is full of ‘Jewish humour’ and incorporates notable Israeli idioms, making it a favourite and ever-lasting hit song.

Translated to “can’t take my eyes off of you”, Meir Ariel’s song is one of the most romantic songs written in Hebrew. Even though most of his fame and recognition was posthumous, the Israeli singer and songwriter was known as a “man of words” for his poetic language. Another popular version of the song is the one performed by famous Israeli singer David Broza.

An unusual selection for this genre, Metuka Mehachaym is a parody performed by Israeli comedian Asi Cohen as part of “Eretz Nehederet” – an Israeli satirical skit show. This song, which saw over one million views on YouTube in less than a week, was created to mock the latest Israeli hits, which were mostly of the Mizrahi genre combined with hip hop, and are characterised with unmeaningful lyrics. As can be inferred, the lyrics and style of this song are meant for humour purposes.