Modern surfing was brought to Israel in the 1950s by Californian Dorian ‘Doc’ Paskowitz. He arrived with six boards and a dream to bring surfing to the masses. Doc’s vision has come true, and Israel’s surfing community is thriving. Try one of our 10 top breaks for great waves here, 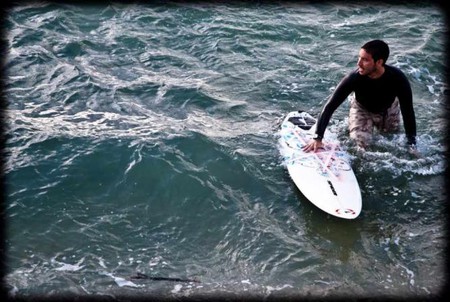 Located right in the heart of Tel Aviv, Hilton beach is located near The Hilton Hotel. The beach is broken up into two breaks by a manmade jetty that protects waves from incoming currents. This wave is known to be one of the better reef breaks in all of Israel. The waves here can reach the seven-foot mark when the swell is pumping. 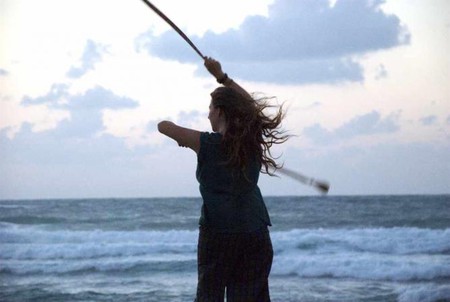 Bat Galim is located north of Tel Aviv and this exposed reef break is unfortunately not consistent. Having said that, when the conditions are just right, this wave has the ability to craft perfect overheard barrels. Before paddling out, it is best to ask the lifeguard on duty or a local where the safest place to paddle out is, because there are large rocks that lurk just beneath the water. 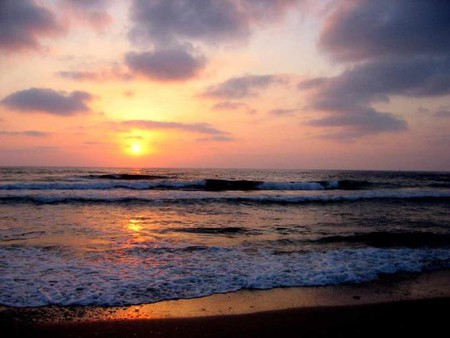 Zvulun is one of the many great breaks that are found in Herzliya. Zvulun is known to have longer rides than some of its counterparts and is more consistent than other waves in Israel. The other reason this break is a fan favorite is because of its sandy shorelines. The best time to go is early in the morning, when the wind is favorable.

Located in Southern Israel in the town of Ashkelon, Goote Beach is considered to be the best surf in the south. One downside at Goote is that the manmade jetties kill incoming swells and keep the waves smaller. However, they are helpful in the winter to keep the waves in. 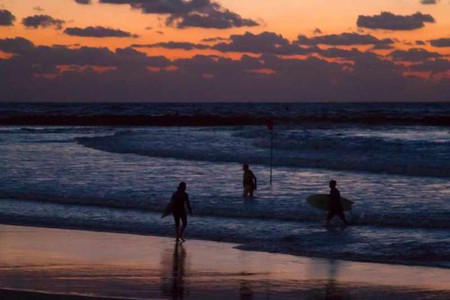 Kontiki and Sironit beaches in Netanya are are located near the piers and are easy to find. The waves aren’t very high performance, because of an ever-changing sand bar, yet the beach does provide a great spot for sailing, paragliding and wind surfing when the swell isn’t up to par.

Dromi (Ashodod) in South Tel Aviv is an exposed beach break that has moderately consistent surf year round. The beach break in this location offers mainly left-hand waves. Ashdod is able to handle light onshore wind but groundswells do happen occasionally.

Arubot is hailed as the best place to surf in Caesaria by the locales. The break is located near a cluster of wind turbines that surfers pass when they make their way down to the beach below. You can count on this break to be less crowded during the summer months, because it is known as mostly a winter wave. 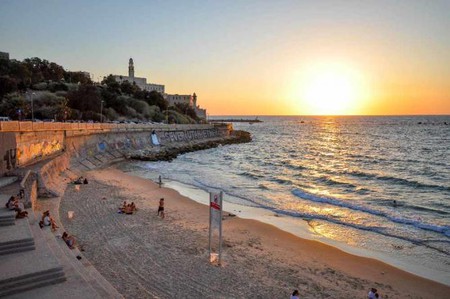 Maravi is located in southern Tel Aviv and is hailed as the last sandy beach before you reach Jaffa. Maravi is broken up into two different breaks that are both consistent year-round. Both breaks work great either left or right and provide a fun wave for surfers of all levels to enjoy. 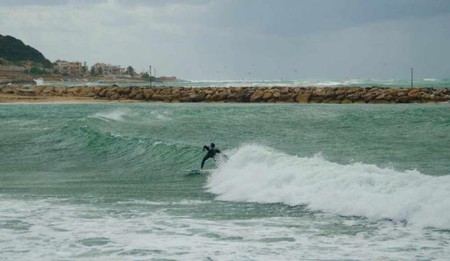 BackDoor at Haifa is considered by many to be one of Israel’s best reef breaks. It is protected by two jetties and produces an exceptional hollow right. In recent years, it has gained some notoriety as a high performance wave that is contest-worthy. This break is usually best during the winter months however, some summer storms have been known to occur which produce amazing surf.

Sokolov beach is located north of Haifa near the Lebanese border. This wave is the most high performance wave in the country and is a favorite among surfers of all skill levels. It is a fast and powerful wave that can reach the seven-foot mark when conditions permit.