A picture is worth a thousand words, but how many words does a tattoo have? From simple text to unique artwork, left forever on the body, each piece tells its own story. Tel Aviv has thousands of people, tattoos and talented artists crafting designs with different meanings. it is fast becoming a social norm, sweeping the urban generation. We will explore the meanings behind the unique tattoos found locally. 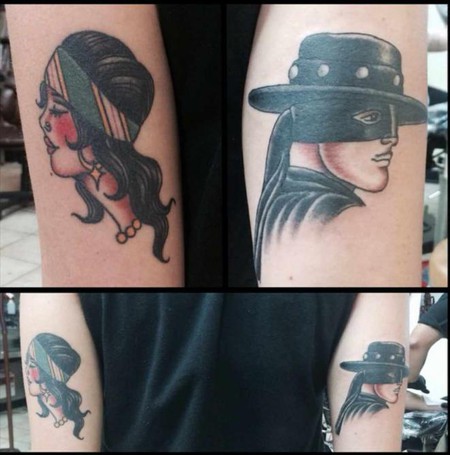 The Tale of Star-Crossed Lovers

A young woman of Tel Aviv explained the story behind her tattoo: the Zorro (right) and Gypsy (left) are soulmates. However, not every love story has a happy ending; the reason that they are facing opposite directions is not only for visual balance, but also because sometimes lovers have to go on their own separate paths. She explained this with a smile and confidence that their paths will cross again, for they are soulmates and nothing can separate the connection they have with one another. 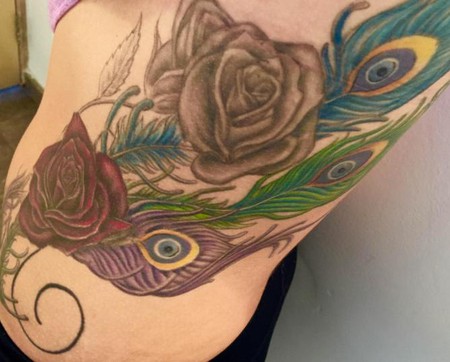 The Tale of the Brilliant Peacock

The same woman also had a very large side tattoo that covers most of her left torso. The colors are mesmerizing, and the story was even more captivating. The peacock feathers represent her personality: shy at first with the evil eye in the center protecting her every move. While the roses are symbolic of the people she has lost in her life, a rose that will never wilt and always stay vibrant in her memories and skin. 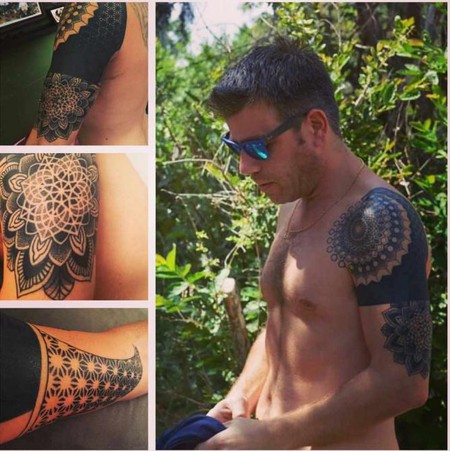 Life will go on | © dynamotattoo

The Tale of the Flower of Life

The sacred geometry has been a recent trend popping up on the streets of Tel Aviv. In this photo the man boldly covers most of his shoulder with the beautiful flower of life, mandalas, and sacred geometry patterns as an elegant backdrop. He explains that the flower of life reminds him how life goes on and to live life in the present. As we all should. 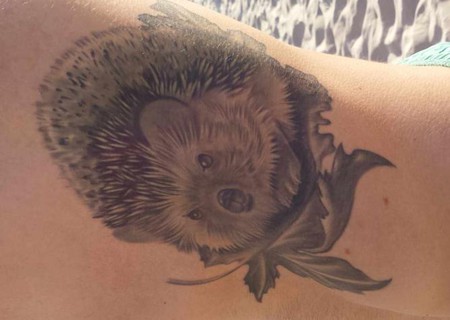 The Tale of the Hedgehog

Some say that every human has a ‘spirit animal’ that represents the character of the person. This man made sure to never forget who his spirit animal was through a very detailed representation of the hedgehog sitting on a leaf. He says it was a nickname given to him by his friends that always stuck with him. A small but tough exterior which frankly fitted him to a T. Thus we have the tale of the inner spirit animal we all carry within us. 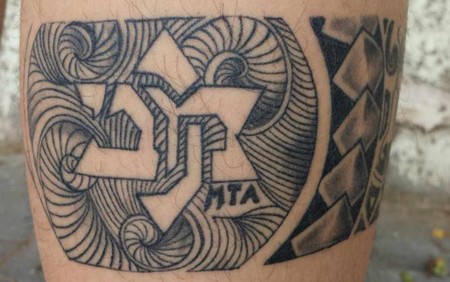 The Tale of Inner Strength

This next piece was found on a young man, freshly inked a month ago. His tattoo wraps around around his front calf and he explains the meaning of each image and how they form one meaning. The roman number is his date of birth, a reminder to himself to celebrate life and the gift given to him. Moving to the right is the Maori image, which symbolized his strength as a person. To finish his beautiful tattoo he ends with his love for Israel as he has the Magen David symbol of the football team and a psychedelic backdrop. 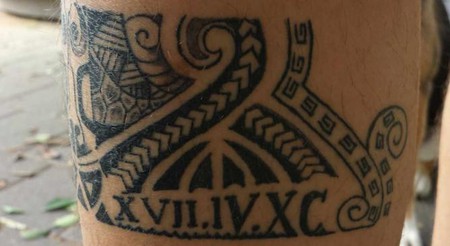 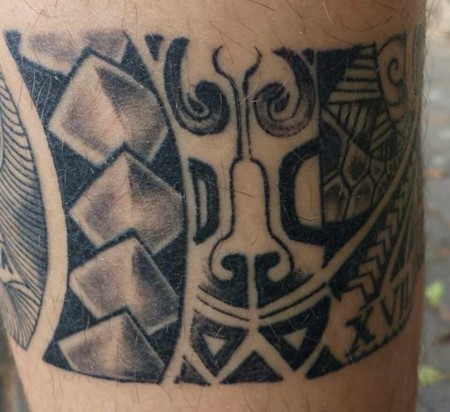 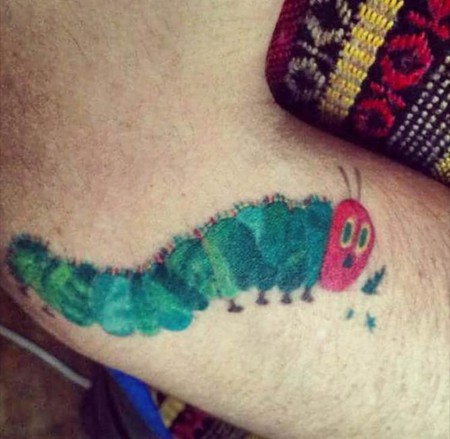 The Tale of the Inner Child

Whether it was read to us or we read it to the children in our lives, the story of The Very Hungry Caterpillar is a childhood classic. This man decided to always remember his childhood with the very colorful caterpillar from the children’s book. He explains that even as a grown man he can never stop eating, is always hungry and willing to try new foods.

The Tale of Man’s Best Friend

It is no doubt that when you allow yourself to care for an animal, especially a dog, they become the center of your world. The love one has for another creature is unimaginable, and some would even say they would take a bullet for their pet. This young man decided to always remember his first pet with a simple and elegant outline of the Dachshund with the name of his pet beside it. 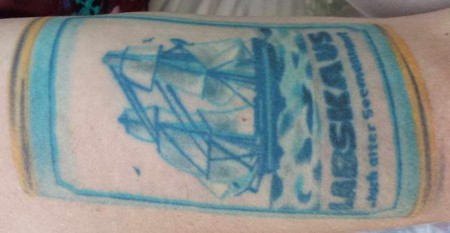 The Tale of A Father’s Honor

This next tattoo was on the same man above, a unique picture of a sailboat with the brand Labskaus, which is a common food in northern Germany. He got this idea when he showed his father his first tattoo which was the outline of the dog. His father was a bit upset but jokingly said ‘the tattoo will only be cool in my eyes if you honor me in that way.’ So the very next day he took his father’s words to heart, and honored him with a characteristic feature of his: his father’s favorite canned food.

Ashley Silvern is a young writer from Chicago. She graduated from Northern Illinois University and is currently taking time off to travel and explore every alley and open door the Universe has for her. Her unique encounter with a mystic man is what brought her back to the motherland – what most call Israel.