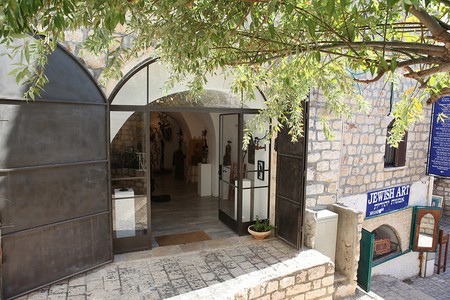 Tzfat is known as the city of Kabbalah and art. The creative people who live in the city are attracted by its quaint cobblestone streets and air of mysticism that the city holds. If you stroll down the narrow alleyways of the old part of the city, you will discover artist galleries, medieval synagogues and small guest houses. The fresh mountain air and turquoise skies provide artists with exactly the inspiration that they need. 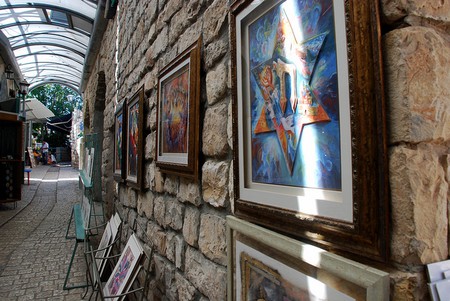 Tzfat is an ancient city with a history dating back thousands of years. So for the curious souls out there, pay a visit to the cemetery where you will find the graves of well-known rabbis in Jewish history. If walking amongst the deceased is not for you, try finding the Citadel at the top of the city whose ruins date back to the time of the Crusades. Some other historical sites include the Red Mosque from the time of the Ottoman Empire and the old Turkish headquarters of Tzfat, now used as a community center. For a piece of modern history, you can find a model of the Davidka – a weapon used by Jewish defenders in the War of Independence in 1948 – and the ‘staircase to heaven’, a long staircase that was used by the British to separate the city in two quarters for Arabs and Jews pre-1948. 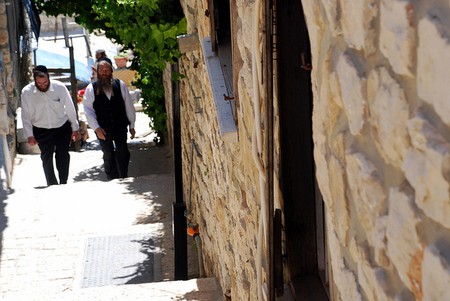 Of course, the city of Tzfat has some great eateries to visit after all that walking. Pay a visit to the Yashfe Winery to get yourself into a merry mood! And an absolute must for all visitors to Tzfat is the Hameiri Cheese Factory. Their Persian recipes date back to the 1800s. Grab a loaf of fresh artisan bread and some cheese to enjoy a relaxing picnic. A great place to sit is a special not-so-well-known place known as Steven’s Garden, where you can take in the majestic views of the Galilee.

After a tasty lunch, it’s time to shop! Enjoy Gallery Street where you will find an array of art shops, galleries, and tourist souvenirs! Every Wednesday, Tzfat hosts a Shuk/Middle Eastern market that sells pretty much everything, from clothes to ready-made food and much more! Some other great places to explore are the Tzfat candle shop, Eliezer’s Book Shop and The Tree of Life Shtender – locals will point you in the right direction. If you want to go off the beaten trail, just try wandering around the streets – who knows what you may find.

Tzfat is a city where the spiritual meets physical – where East meets West. You will have your breath taken away from the dizzying heights of the majestic mountains that surround the city and become enchanted by the magical charm and veiled mysticism of this holy place!

Sacha loves yoga, being outdoors, exploring new places, meeting creative people and doing a bit of crafty stuff herself. She is also the founder of The Sabra Patch blog, an online marketplace for Israeli handmade products, with a focus on culture and the creative makers behind the products. You can follow the Sabra Patch on Instagram, Pinterest and Facebook for inspiration!