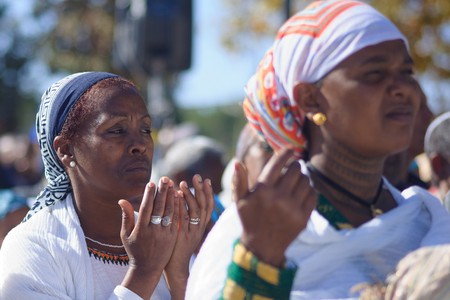 Sigd is a Jewish holiday that is unheard of by most of the world’s Jewry: it is celebrated exclusively by the Ethiopian Jewish community, the majority of whom – over 140,000 people – live in Israel. They were rescued and airlifted to the Jewish State by the Israeli government in two main clandestine and daring missions in 1985 and 1991 and their immigration has continued in trickles to this day.

Their ancestors, it is believed, left ancient Israel for Ethiopia sometime between the 1st and 6th centuries, yet retained their Jewish identities in isolation over the centuries. As a result of this isolation, they interpreted biblical commandments in different ways, which is how their unique holiday of Sigd was born.

Sigd, whose name derives from the Aramaic word ‘segida,’ which is used to describe a type of bowing in devotion to God, is a day of religious introspection during which the community prays to God and, traditionally, for a return to Zion. Nowadays, since most Ethiopian Jews already live in Israel, the day is a celebration of the fulfilment of this centuries-old yearning.

Similar to the holiest day in the Jewish calendar, Yom Kippur, a core purpose of Sigd is repentance and fasting. The two holidays differ in that Sigd focuses on communal introspection and repentance, whereas Yom Kippur focuses on the individual. 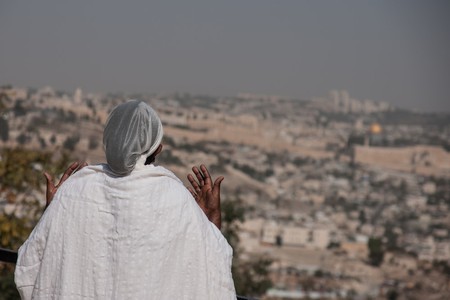 Other key points are deepening connections to their heritage – especially among the newest generation of Israeli-born Ethiopian Jews and promoting unity within the community.

The community congregates en masse in Jerusalem for this celebration, at the Kotel (Western Wall) and the Armon HaNatziv observation point, which overlooks the walls of the Old City. Prayers are led by the Kessim, their religious leaders, who are dressed in traditional white robes. 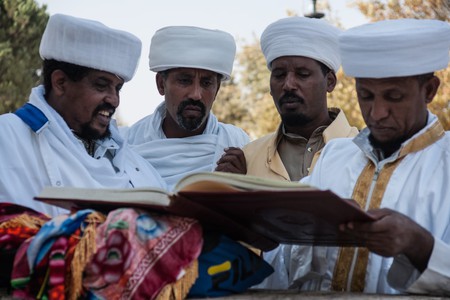 According to tradition, the day is divided into two parts, the first being a service featuring prayers, supplications and fasting, and secondly, a festive meal in the evening. The celebrations include plenty of dancing and music.

Before Ethiopians began immigrating to Israel in the second half of the 20th century, Sigd was a celebration unknown to the rest of the world’s Jews. Now, it is a national holiday in Israel.