A Documentary Festival Blossoms In Israel

Tel Aviv’s Docaviv International Documentary Film Festival, launched in 1998, is the only Israeli festival devoted strictly to non-fiction movies. Here is a visitor’s personal view of its ambience and significance.

Tel Aviv is a hub for creativity, and its film industry has slowly been on the rise both locally and internationally. Many great films have come out of Israel in recent years, and 2014 was one of the most successful years in Israeli cinema to date. Israel boasts a growing number of film festivals throughout the country, and it is no surprise that Israel’s most successful movie genre is drama. 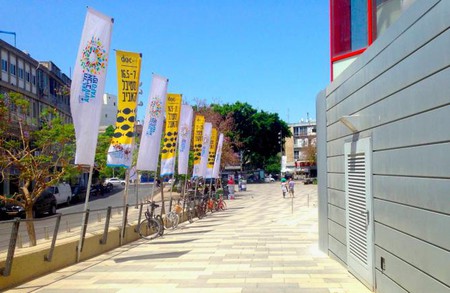 Outside the Cinemateque at Docaviv 2015 | © Rosie Perper

Since its inception, Docaviv’s film selection and audience have grown significantly. Last year, they boasted 45,000 attendees and over 90 documentary films. This year, there will be screenings of about 100 films, 25% of which will be locally sourced from Israeli filmmakers and the rest carefully selected from over 1500 international submissions. Highly anticipated films include Censored Voices, an Israeli film by Mor Loushy about the soldiers after the Six-Day War, as well as Citizen Four, a film about Edward Snowden. 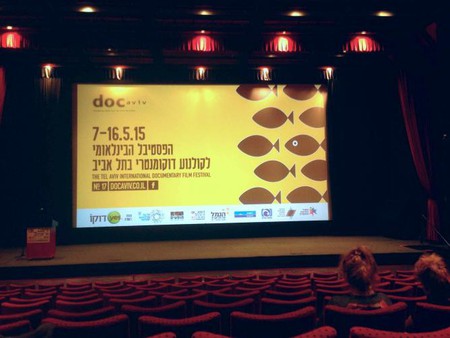 The greatest part about Docaviv is its diverse appeal and accessibility to the public. I made my way to the festival early on a Saturday morning, and quickly grabbed a drink at the café set up just outside of the Cinemateque’s entrance. As I drank my coffee, around me sat people from all walks of life. Next to me, an elderly English couple read the morning’s itinerary. Beside them, a group of young Israelis excitedly chatted about the upcoming film.

Scattered in between us all, the festival’s organizers mingled with the guests as they sipped espresso. This moment best represents the spirit of Tel Aviv, which sets Tel Aviv apart from the rest of the country. It is a place where the young and old socialize together, and social boundaries and differences fade away. I spoke with the elderly couple, who had been to almost every single festival for the last 17 years, and felt a strong sense of familiarity and comfort. 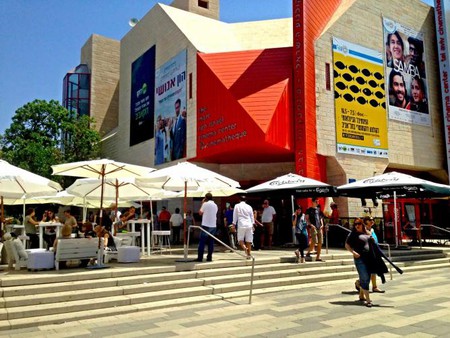 For Docaviv, this is a great achievement. Although Docaviv has become one of the largest international film festivals in the country, the fact that it is able to maintain its homegrown feel is as important to the organizers as the films they screen. They owe their popularity and evolution in large part to their audience, who come not only for the films, but also for the experience as a whole.

Sinai Abt, Artistic Director of this year’s festival, is not sure where Docaviv will go in the future, although collaborations with other festivals and expanding their film selection and audience are certainly in motion. Through Docaviv’s continued success comes a much larger success for Israel as a country, one which allows for the promotion of positive and meaningful dialogue through the sharing of culture and art.

This year’s Docaviv Film Festival ran from May 5-17 at the Tel Aviv Cinemateque.