While all literature touches on the question of identity, for Israeli authors the question has become an obsession. Since the establishment of Israel in 1948, writers have reflected the tumultuous history of their country and have attempted to understand the emergence of an Israeli identity, and its manifestation in the broader canvas of Jewish culture. 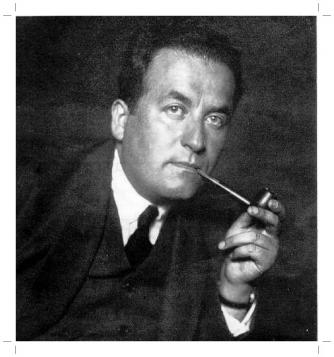 A Nobel Prize laureate and an icon of Hebrew literature, Agnon’s intriguing career spans the period in which the state of Israel was established, and his work and life offer an insight into that chaotic and stimulating time. He was born in Galicia, in what is now Ukraine, and emigrated to Jaffa in what was then British Mandate of Palestine in 1907, where he remained until his death in 1970. His works chronicle the troubled history of the Jewish people in the 20th century, with his early texts focusing on the discrimination against Jews in Eastern Europe and the gradual disintegration of the Jewish community in Galicia. His later works deal with the emerging Zionist movement in Palestine, and the eventual formation of the Israeli state.

A chronicler of Jewish history, Appelfeld has made his name through his persistent interrogation of the tragedy of the Holocaust and its repercussions for Jewish experience in the 20th century. Appelfeld is himself a survivor of the Nazi concentration camps, having been deported from his hometown of Zhadova to a camp in Transnistria, in Romania, from which he subsequently escaped, eventually immigrating to what would become Israel in the years after the war. His experiences of the concentration camps, and the devastating effect of the Holocaust on European Jewry, have shaped his literary works and led to his rejection of his mother tongue of German, and his adoption of Hebrew as a literary language. His works revolve around the impact of the Holocaust on Jewish consciousness and avoid a literal reading in favor of a modernistic, fractured and highly symbolic depiction of the persistent effects of the tragedy in the minds of Jewish people everywhere.

One of the leading lights of a poetic Renaissance in Israel in the 1950s and 1960s, David Avidan was a controversial figure who attempted a sexual and linguistic awakening in his works. He sought to represent the marginal figures of Israel life away from political conflict and religiosity, and in doing so set a liberating example for future Israel poets and writers. His experimentation with the form and content of Hebrew literature raised many objections within the literary establishment, and his political affiliation with Communism contributed to his notoriety. Nevertheless he is now recognized as one of the central figures in the modernization of Hebrew literature. He struggled to support himself in later years, despite his continued notoriety, and died at age 61 in 1995. Before his death he was awarded the Bialik Prize for Hebrew literature, in recognition of his influence on succeeding generations.

A prominent member of the triumvirate of writers who have done most to shape Israeli literary identity over the course of the late 20th century, along with Amos Oz and Aharon Appelfeld, Yehoshua’s reflections on Jewish identity and its various manifestations in Israel have been greeted with international acclaim. His most renowned work is Mr Mani, a multi-generational family saga which moves from Greece to Israel. Its non-linear form and recursive nature compels readers to question both the cyclical nature of history and the resonances of Jewish experience throughout the centuries. The changing makeup of the Israeli family structure is central to Mr Mani, as it is in many of his works, such as Friendly Fire, where he uses it as a prism to reflect the changes in society and culture in Israel over the course of its existence.

A leading figure of the Israeli cultural scene for many decades, Ruth Almog’s time as a literary critic for Haaretz gave her particular prominence in literary circles in Israel. Her own work offers a perspective on the persistent question of belonging for the many immigrants to Israel, both before and after the establishment of the state, as well as the disillusionment felt by many Zionists as the political landscape of Israel formed. In doing so, she mines her own life story, and that of her parents who were immigrants from Germany in the 1930s, and who struggled with the emergence of the Israeli state and their own place in it for many decades. Whilst not as widely translated as some of her peers, her perspective on family life and female experience in the early years of the state of Israel have garnered her widespread acclaim.

An iconic cultural figure in Israel, and one of the most celebrated writers of the latter 20th century, Amos Oz has developed a following throughout the world for his elegiac and nuanced readings of his own life story and that of his country. Much of his work interrogates the divide between the idealistic dream of Zionism and the realities of the Israeli state in all of its varied manifestations. He is also one of the most prominent advocates for a two state solution to the Israeli-Palestinian conflict, and has made several high profile statements in support of rapprochement. Alongside his novels, he has been celebrated for his non-fiction works such as the autobiographical A Tale of Love and Darkness, and the study of Jewish literary history, Jews and Words.

One of the most celebrated modern Hebrew writers, Haim Be’er’s works often link the modern history of Israel with its ancient antecedents, and in doing so find Biblical resonances for modern day experiences. His novel Feathers, published in Hebrew in 1979 and translated into English in 2004, takes inspiration from the author’s own childhood in Jerusalem and was chosen as one of the 100 Greatest Works of Jewish Literature by the National Yiddish Book Centre. It is a nostalgic depiction of the early years of the state, in which a range of European-Jewish traditions intermingled in Jerusalem with curious and often conflicting results.

An acclaimed writer who has unflinchingly interrogated the Israel-Palestine conflict in his work, David Grossman has emerged as an outspoken critic of the ongoing impasse in the Middle East conflict. In works such as The Yellow Wind, See Under Love and To The End of the Land, he depicts the cultural and social consequences of the continuous violence for both Israelis and Palestinians. The death of his son Uri in the Israel-Lebanon conflict of 2006 has meant that many see autobiographical elements in Grossman’s stories of families destroyed by war, but he claims that the death of his son, tragic as it was, did not change his attitude to the conflict in the Middle East. He remains a controversial figure, but the power of his ruminative prose is undeniable and his determination to report on the conflict in which his own family has become embroiled, makes him an indispensable literary figure.

Hailed by some as the ‘voice of modern Israel’, Etgar Keret is a member of a younger generation of Israeli writers who are more diverse and less politically driven than previous generations. His works reflect this in their own oblique way, by focusing on eccentric and often mundane tales of ordinary Israelis, delivered in a reserved style inflected by the slang and dialect of his peers. He came to international prominence when his novella Kneller’s Happy Campers was adapted as a film, and he has since embarked into a variety of other media, such as graphic novels and animations, along with his trademark short stories. Keret’s most acclaimed works are his two short story collections, The Bus Driver Who Wanted to Be God & Other Stories and Suddenly, a Knock on the Door.

An Arab-Israeli who rose to prominence following his 2002 novel Dancing Arabs, Sayed Kashua is now almost as famous for scripting the hugely popular TV show Arab Labour, a satirical sitcom which pokes fun at the difficulties Arabs face in Israeli society. His novels travel a similar terrain, although not in such a slapstick fashion, both Dancing Arabs and his 2006 work Let it be Morning are based on Kashua’s own difficulties in growing up as an Arab Israeli. He questions the divisions within his own identity and that of his community, and the way in which seemingly intractable differences can be reconciled in the passage of everyday life. As such he offers a view of a more inclusive Israel, which is not determined by a singular identity, although he by no means suggests that this is a panacea for the problems of the Middle East conflict. Kashua is also famous for his satirical columns in Haaretz, which follow the same landscape as his TV show, and his ability to satirize cultural differences, alleviating some of the tension in the otherwise highly pressurized world of Israeli politics.