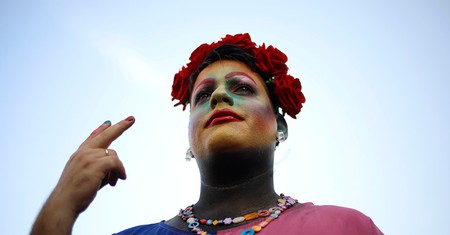 Jerusalem, a city known for its strong religious and conservative views, is also home to an LGBTQ community that’s been hosting its own Pride events since 2002. Many of Jerusalem’s residents, however, are only just starting to open up. 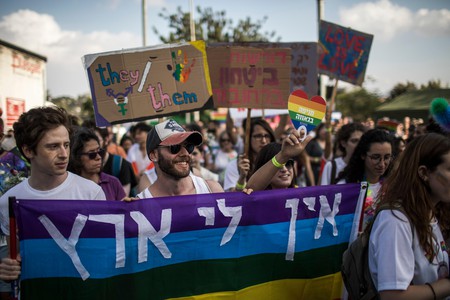 An estimated 10,000 people took part in the march through the city centre to celebrate Pride in Jerusalem | © dpa picture alliance / Alamy Stock Photo

Tel Aviv is known as the Middle East’s gay capital. After launching its own Pride in 1993, Tel Aviv became the first Israeli city to hold a yearly parade, spearheading a tradition that has since spread to other cities in the country, including Rehovot, Ashdod and Beersheba. Hundreds of thousands of people marched along the Tel Aviv seaside boardwalk waving rainbow flags, fans and balloons, and dancing to music being blasted out of giant speakers.

One week earlier, on 6 June 2019, another Pride parade took place, in the holy city of Jerusalem. Worlds apart from its coastal counterpart, the mood here was sombre as an estimated 10,000 participants marched through the city centre, many holding banners and political posters as they called for equal rights for the city’s LGBTQ community. Along the route, many marchers stopped to lay flowers at a memorial for Shira Banki, a 16-year-old girl who was stabbed to death by a Jewish religious extremist during the same parade in 2015. 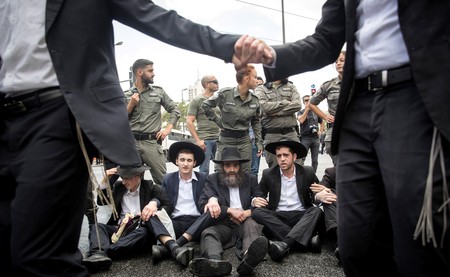 Some 2,500 police officers secured the event and cordoned off much of the city in anticipation of demonstrations by counter-protesters. Towards the end of the evening more than 50 suspects were detained.

Eyal Lurie, a political adviser for Israeli parliamentarian Michal Rozin (member of the Knesset for Meretz) and an LGBTQ activist, says the murder of Banki continues to underline the importance of the event, motivating people to show up year after year.

“It’s been said that in Tel Aviv you celebrate what you’ve already achieved, whereas in Jerusalem you fight for what you haven’t yet achieved,” Lurie says. “You see so many straight religious people who come to Pride only in Jerusalem because they know that they need to stand on the right side of history.”

Lurie, 24, was born and raised in the holy city and came out at the age of 21. “I think I was very privileged and very lucky to grow up in a liberal house… so I was in a much better position than other people that I know in Jerusalem,” Lurie says. “There’s a [unique] atmosphere here: You don’t see as many couples – two men or two women – holding hands as you do in Tel Aviv.”

Only 18.6 percent of Jerusalem’s population of 927,000 identifies as secular, while the rest identify as traditional, religious or ultra-Orthodox (Haredi Jews).

Religious considerations notwithstanding, LGBTQ rights in Israel overall are the most progressive in the region. Same-sex sexual activity was officially decriminalised in 1988; in addition, discrimination on grounds of sexual orientation is illegal and Israel recognises unregistered cohabitation for same-sex couples. Same-sex marriage is still not legal here, but gay couples can marry abroad and then have the union recognised by the State of Israel. 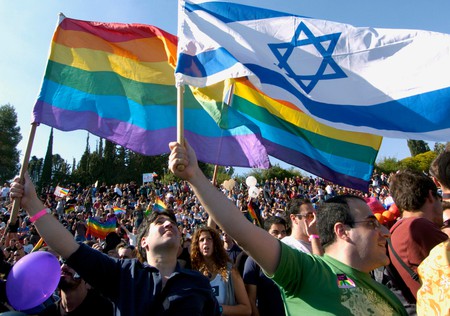 Ofer Erez is the executive director of the Jerusalem Open House for Pride and Tolerance (JOH), an LGBT advocacy group founded in 1997 by activists living in the city. Working with Palestinians and Israelis alike, JOH offers a range of community services, including counselling, educational workshops and support groups.

Erez believes that the main difference between Tel Aviv and Jerusalem lies in how LGBTQ people from conservative backgrounds, such as Palestinians or ultra-Orthodox Jews, are much less comfortable with disclosing their sexual orientation.

“The city of Jerusalem has many faces,” Erez says. “Every year we see a growth in the number of people we are able to reach out and educate, but living in the city is still a challenge for LGBTQ individuals, and Jerusalem – much like other places – is polarised,” he continues. “You have very strong forces pulling to the conservative side and the political power of ultra-Orthodox is getting bigger and bigger. But at the same time, there is also a blooming of culture and education and a growing number of civilian organisations working to promote diversity.” 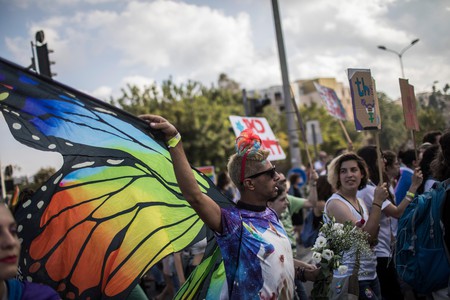 According to Erez, members of the LGBTQ community who are most likely to leave Jerusalem are those coming from conservative backgrounds who fear for their personal safety.

“Our main issue now as a community, especially in Jerusalem, is hate crimes and homophobia,” Erez says. “The change that I would like to see is the ability to feel safe in the city and be openly LGBTQ without experiencing discrimination. This is the basic thing that needs to change – and fast.”

In a report released earlier this year, the Nir Katz Centre, which collects data on LGBTQ-targeted violence and harassment, recorded a 54 percent increase in homophobic incidents in 2018 across Israel over the previous year. The Centre logged 821 incidents overall and noted that of these, 24 percent took place in Jerusalem. Incidents ranged from verbal abuse in the street and public transport to online harassment, workplace discrimination and family-related problems. The transgender community remains at the highest risk of being targeted.

Nevertheless, Lurie believes a dramatic change in the public perception of LGBTQ individuals, especially those from religious backgrounds, is on the horizon.

“Today in Israel, we have this shift where we are starting to see a greater level of openness,” Lurie says. “What I’ve experienced is that although [LGBTQ people] grew up in very conservative places, they came out much earlier. I think that this is something that is unique to this generation.”

Jerusalem March for Pride and Tolerance is a free day-long annual event organised by the Jerusalem Open House for Pride and Tolerance (JOH). The event takes place in summer, most often in June, and commences from Liberty Bell Park in the German Colony. All participants are advised to bring water and protective clothing. Dates for the 2020 parade will be confirmed by the JOH and advertised on their website and through their social-media channels. 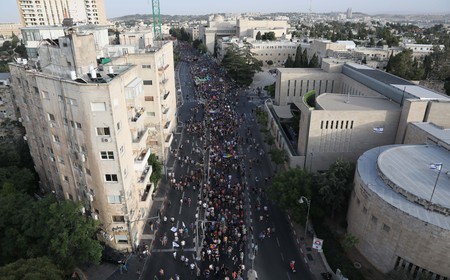 Accompanied by heavy police security, thousands of people marched in the 18th Jerusalem Pride parade in 2019 | © ABIR SULTAN / EPA-EFE / Shutterstock
Give us feedback