Picturesque Caesarea: From Past To Present 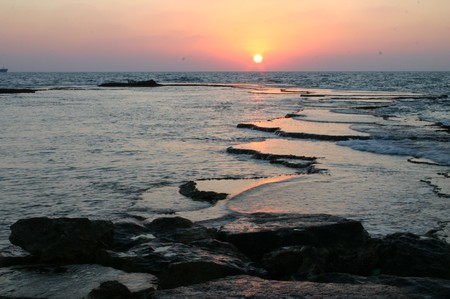 There are many beautiful cities in Israel that are well worth the visit but Caesarea‘s unique combination of ancient with the modern is this distinct feature that truly enhances your trip. It is well worth the time to study up on the history of Caesarea to fully appreciate all the activities and events that the city has to offer.

The city of Caesarea is located on the coast of Israel, between the Haifa and Tel Aviv and has an approximate population of 4,700 people. It was originally an ancient Phoenician settlement named Straton’s Tower which was most likely used as an agricultural storehouse. The Hasmoneans captured the city around the year 90 BCE and it remained a Jewish settlement until the Romans began to take over in the 1st century BCE. 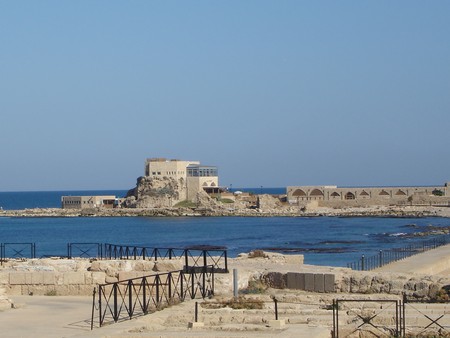 Herod the Great began to renovate and build up the city in the year 22 BCE and renamed it ‘Caesarea’ in honor of the Roman emperor Caesar Augustus. Perhaps Herod’s most famous structure in the city is the massive harbor that he started constructing in 21 BCE. This project, which included both an inner and outer harbor and took twelve years to build, was described by Josephus Flavius as being a structure of “solid masonry that defied the sea” and yet still “its beauty was such as if no obstacle had existed”. It was the both the largest and newest harbor of that time in the Roman empire.

Fast forward to modern day and the Herodian breakwaters are covered by the sea. What remains of the harbor can be enjoyed by scuba divers as they go below the sea to enjoy both the Underwater Archeological Park and the abundant flora and wildlife of the area. In addition to the wonders of history that can be found underneath the water, there are also many clean, white and beautiful beaches that are open to all.

Amphitheater (and other forms of entertainment)

Another one of Herod’s great contributions to the city of Caesarea is the majestic amphitheater and it holds the distinction of being the oldest surviving theater in the eastern Mediterranean. In addition to the theater, Herod also built a hippodrome to host chariot and horse races for the entertainment of the people. Although the original hippodrome was built with enough room to hold upwards of 10,000 spectators, it fell into disrepair by the 4th century AD.

Today, there are many different opportunities for entertainment in and around Caesarea. The hippodrome can be visited, along with many of the other ancient buildings that have been preserved or unearthed in the area that include the Aqueduct and Praetorium. These are a fantastic way to get into the heads of the ancient Romans, walk in the footsteps of history and experience life the way they must have. The theater is still in use today and during the summer months there are many concerts that take place there. Apart from the more historically based attractions, there are plenty of modern activities that can be found in Caesarea. There are festivals that take place all year round, as well as other activities that include jeep tours, paintball and Tai chi. For those inclined, Caesarea is also home to Israel’s only International Golf Club which was redesigned by Peter Dye in 2009. 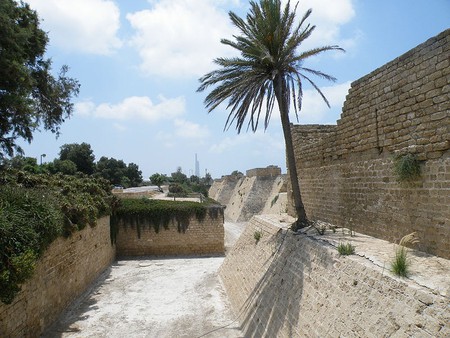 Caesarea has been built, destroyed and rebuilt multiple times and one of the remarkable things about the city is the ability to see many different periods come together: this gives the visitor a unique insight into the different living conditions of the inhabitants over the years. The city was walled during Herod’s reign and a temple and castle were built; by the 3rd century the city had expanded and crowned the ‘Metropolis of the Province of Syria Palaestina’. Wide streets, marketplaces and storehouses were constructed that also contributed to the growth in size and importance of the city. During the Byzantine era, the city continued to develop and became an important center of Christendom as a library and many churches were erected. The city and its walls continued to be fortified throughout the years of battles between the Crusaders and Muslims until most of it was eventually razed by the Mamluks in 1265.

Today, there are still many fascinating remnants of the actual city of Caesarea and the chance to see the area as the ancient inhabitants lived their day to day lives. The remains of the ancient synagogues and churches can still be found. It is also fascinating to contrast the old ruins of the city with the more modern side that has popped up today as sometimes both ends of history come together as one. There is a wonderful selection of restaurants, boutiques and galleries in the town and also in the port itself. Caesarea is one of Israel’s more upscale and expensive communities and it offers a quiet and idyllic tourist experience. The incredible juxtaposition of the ancient with the modern all adds up to make Caesarea a must-see destination for anybody.