Passover in a Pandemic: How the Jewish World Can Celebrate This Ancient Tradition 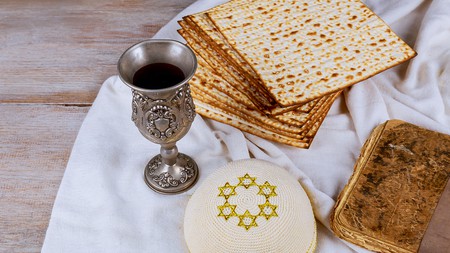 Passover is traditionally a time when Jewish families get together, but because of the lockdown this year will be different | © Valentyn Semenov / EyeEm / Getty Images

Passover is an important Jewish holiday celebrated across the globe to mark the Israelites’ liberation from Pharaoh and the Egyptians. From Jerusalem to New York and also in London, Culture Trip looks at how Jewish communities will mark Passover 2020, and the advice from rabbis on how to find fulfillment amid the global coronavirus pandemic. 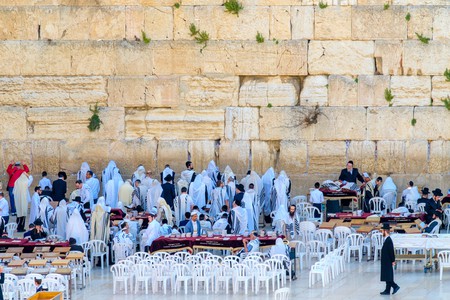 Jewish men pray at the Western Wall on the Kotel Plaza on the last day of Passover (Pesach) in the Old City, Jerusalem | © Jason Langley / Alamy Stock Photo

Passover, one of three festivals in the Jewish calendar to mark the Israelites making a pilgrimage to the Holy Temple in Jerusalem, takes place over seven days (in Israel and for Reform and other progressive Jews around the world who adhere to the biblical commandment) or eight days for Orthodox, Hasidic and most Conservative Jews in the diaspora. This year, it falls on 8 April, with the first and last day (or first two and last two) as festival days. The holiday relives the powerful story of the Israelites’ enslavement in ancient Egypt, and celebrates their victorious battle for emancipation.

But with the world as it is right now, the story has been spun on its head, giving the celebration an ironic twist: as 10 plagues were rained upon Pharaoh in ancient times, a global outbreak is thrust upon the Jewish world today. As Jews exult in their freedom from slavery, currently they are captive in their own homes. As cupboards of food deemed to be non-kosher are emptied in time for Passover, the threat of global shortages looms.

Passover during this pandemic differs dramatically from the time-honoured rituals practised by Jews around the world. But just as the ancient story preaches the resilience of the Jewish people, communities are stepping up to reshape their traditions and celebrate the festival however they can.

Pre-Passover traditions involve ridding the house of all chametz (leaven food that’s prohibited from consumption during the holiday). Instead, the grocery shelves are lined with products brandishing Kosher for Passover labels, and people cluster to grab the latest goods. 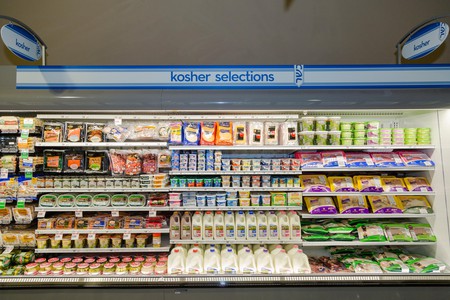 “In the ultra-Orthodox world, Passover is an extremely active festival,” says Mira, a member of the Monsey Yeshiva Orthodox community in New York. “It’s when shops are mobbed and people find themselves stuck in pedestrian traffic as crowds flood in and out, frantically filling their shopping bags ahead of the holiday. It’s a busy yet joyful time of year, when communities from all over enjoy family time – generations piling into one or two houses. There’s cooking day and night, catching up with friends old and new, and the men head in and out of the synagogues throughout the day. This year is so different. It’s hard to describe the saddened spirit.” 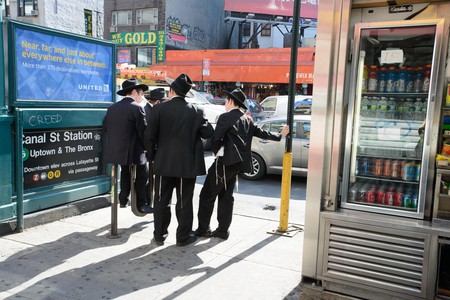 Ultra-religious and Haredi communities tend to maintain a distance from the “outside” world, even when it’s not a religious holiday. Many go without smartphones, computers and televisions, so news of the coronavirus outbreak spread at a much slower pace. “A lot of what we hear is informal – it trickles down from the top,” Mira says. Information is disseminated mostly by word of mouth through rabbis, heavily vetted newspapers and men who congregate three times a day at the synagogue to pray. “It’s why there has been much confusion and conflict as to the magnitude of the situation. Communities are at a loss as to what they believe is right and wrong, and we are in the midst of establishing new ground rules to keep us safe, yet still fulfilling the spirit of Passover.”

The story in Israel

In Israel, the government has faced a major obstacle in dealing with the severity of the pandemic. Most news outlets are controlled by religious authorities and rabbinic boards, so newspapers and the odd radio station are strictly controlled. This is why calls from national health officials to cancel all public celebrations have in places gone unheeded. 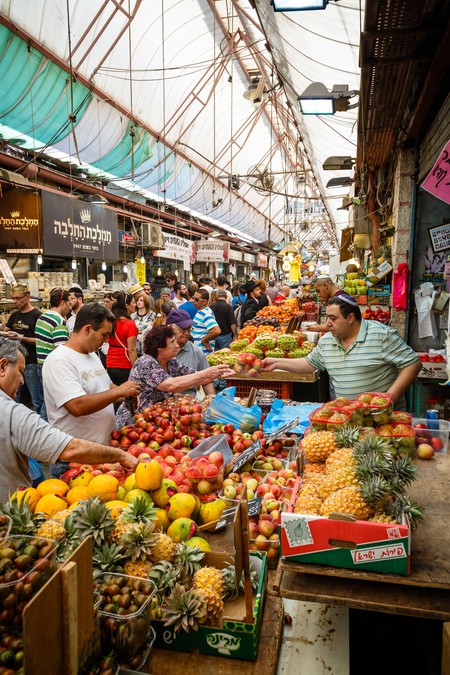 Currently, Jerusalem, the capital of Judaism around the world – and a year-round city of bustle and activity – lays dormant. Its ancient cobblestone alleyways have fallen silent; the buzz of the beloved Mahane Yehuda market has stilled and community members are banned from physically interacting with neighbours. Only the quietened prayers of the restricted few echo from the stones of the Western Wall, the spiritual core of the Jewish people and the only site, today, of communal prayer in Israel.

For the first time in the history of the State of Israel, synagogue doors have been padlocked shut. In the Jewish faith, the Torah, the Five Books of Moses, can only be read aloud in the presence of at least 10 adult men, known as a “minyan“. As communities are unable to congregate in prayer, worshippers are instead being encouraged to hum shortened prayers in solitude. 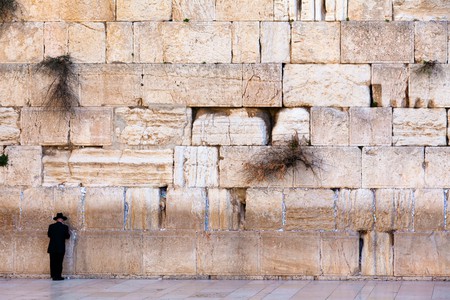 “This year, praying will be a time of self-reflection, where we can take comfort in our inner strength and ask ourselves questions that bring meaning to Passover,” says Rabbi Hill, a community rabbi who is based between Israel and London. “It’s an opportunity to dig deeper into the story of Passover and to reflect, in peace, on what the world is enduring today and how we can help create a new, better reality for the future.”

The lack of a physical family presence will perhaps be most poignant at the annual Seder, the ceremonial dinner on the first night of the festival in Israel (or first two elsewhere), where members of different generations pour into the dining room to read Passover texts from the Haggadah, the book that retells the Jews’ exodus from Egypt. Four cups of wine are enthusiastically drunk; the youngest child sings the Four Questions, asking why this night differs from others; the spirit of the prophet Elijah is welcomed into homes, and symbolic foods from the customary Seder plate are consumed. The room is filled with harmonic song and a feast of traditional Passover staples is served, comprising family recipes handed down through the generations. 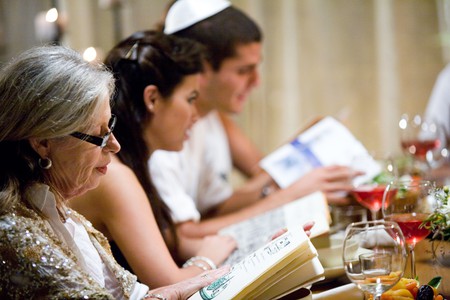 “The patriarch will typically lead the Seder, and the son – figurative or literal – is encouraged to ask the father questions,” explains Rabbi Hill. “But without the usual support systems in place, and many unable to join family and friends, rabbis are scrambling to teach the Seder proceedings to those at a loss, explaining how to ask such questions and find fulfilment in the festival.”

While secular, reform and modern Orthodox Jews are linking with family to perform virtual Seders, the ultra-Orthodox community – for whom the use of electricity is strictly banned on holy days – are unable to connect this way. “Communities can gather online an hour before sundown, to set the scene and welcome in the Seder together. During such times of fear, these connections are more important than ever,” says Rabbi Hill. “But the fact is, the only time Jewish people can break the laws of Judaism is to save lives, therefore electronic means of communication are forbidden during the holy days of Passover.” 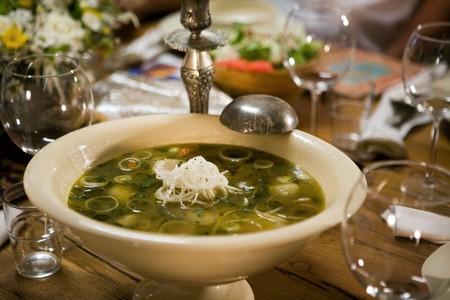 “There’s a real feeling of sadness for many – the Seder is really enjoyable, with a packed table and everyone able and ready to immerse themselves in the spirit,” says Israel Kasnett, an Israeli journalist who lives with his wife and five children in Efrat, south of Jerusalem. “Spending time with your family is uplifting, so the situation for those unable to travel and who find themselves alone on the holiday is upsetting. There’s a real mix of emotions in the lead-up to Passover this year.”

The non-holy days – the intermediate period of Passover known as Chol HaMoed– are usually a time of celebration for families. “We always look forward to this, when the schools are closed, most of us are off work and we descend upon the parks and beaches,” says Kasnett. “This year paints a very different picture. I will be camping with the kids in our backyard. That’s as far as our holiday plans go.”

This Passover may be like no other, but just as the story teaches, with hope, there will be light at the end of the tunnel. 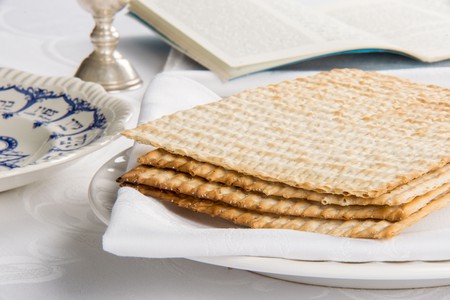